Science and the human minefield

One can’t help noticing the parallels between the worlds of Eddington and Einstein (more so Einstein), and us 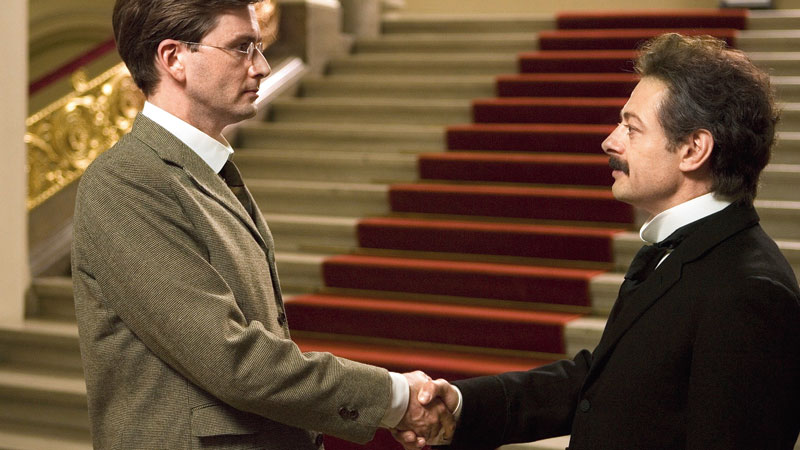 World War I was gruesome. It was a war at the cusp of old technology and new. The idea of air force was only a few years old, fire power in the form of artillery dominated battle, battle tanks made their debut and people headed to the trenches to die in the thousands, killed by artillery barrage, poison gas, sniper fire or close combat. It is only now, over a hundred years later, that the bleakness and ferocity of those campaigns are being convincingly relived on celluloid. Unlike the Second World War, which inspired films and comic books, World War I remains a ghost you have to strain your grey cells and imagine, to relive as experience.

The reward in undertaking such imagination is that it puts human history - essentially a litany of provocations and responses - in perspective, often giving you a primer of things already happened for a sense of what may play out in the present. That’s what made the film Einstein and Eddington, released in 2008 (yes, more than eleven years ago) and currently available on Hotstar, engaging to watch in 2020.

The film starts in Principe, part of today’s Sao Tome and Principe, an island nation in the Gulf of Guinea off the west coast of Africa. Here, Sir Arthur Stanley Eddington has arrived to photograph the solar eclipse of May 29, 1919; the photographs, he believes, will prove or disprove Einstein’s suggestion that starlight bends, a prediction within his general theory of relativity. The Principe expedition is the culmination of events underway from five years before, starting with Eddington’s appointment as Chief Astronomer at Cambridge and the assignment entrusted him to study Einstein’s work and still defend the principles put forth by Sir Isaac Newton. For the British, Newton is stamp of their scientific authority. The year is 1914. World War I has commenced and with it, Britain and Germany are increasingly foes.

Caught in the throes of war, neither country is free of social currents that encourage a collective, nationalist view. Already despised for being Quaker by faith and hence pacifist unable to fight, Eddington makes life doubly difficult by his lingering suspicion that Einstein may well be right. And if that proves to be so, Newton risks losing his place on the pedestal. On the other hand, in a Germany welded to emergent militarism with scientists and industrialists vowing allegiance to Kaiser’s army, Einstein, his head lost to studying universe and averse to the barbarism of war, is an isolated person. Shifted to Berlin from Zurich, he has Max Planck as intermediary to engage with the establishment but till his son dies in the war, Planck too appears more or less one with the prevailing tide.

Despite the challenges he faces in Cambridge, Eddington doggedly pursues his study of Einstein’s work and initiates a correspondence with the German scientist. At the height of war, this transaction becomes a case of German theory and British quest to test the theory, both Eddington and Einstein quite unpopular in their respective scientific and social communities. It is portrayed as an instance of the pursuit of science bridging divides authored by man. Eventually, vindication for Einstein’s theories comes from Eddington’s photographs of the solar eclipse, taken in Principe. Besides its core subject, the film also includes in its narrative the private ecosystem of both scientists on either side of the Great War.

It is now February 2020, just over a hundred years since that solar eclipse of May 1919 on Principe, which - according to the movie’s plot - proved Einstein right and catapulted him to fame.

Sitting in India and viewing this film on the Internet, one can’t help noticing the parallels between the worlds of Eddington and Einstein (more so Einstein), and us. In the film Planck invites Einstein to become the 94th signatory on the Manifesto to the Civilized World, a list of prominent German scientists, academics and artists supporting the war. Einstein declines; he also declines the opportunity to revert to German citizenship. Five years is a small slice from Einstein’s life. But this period shown in the film is crucial to him; it is also crucial to us for it shows how difficult and rocky the path of science always is, in world plagued by the ambitions and insecurities of humankind.