The point is to spark renewed fondness for those old records, and for the incandescent meteor of a man who made them 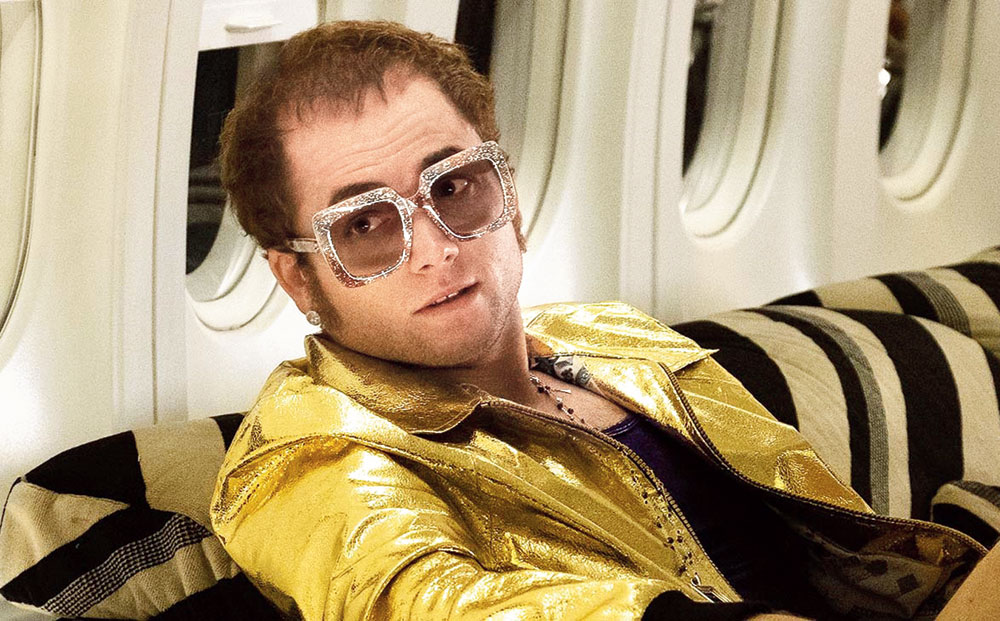 The first album I ever bought with my own allowance was Captain Fantastic and the Brown Dirt Cowboy, one of two studio LPs Elton John released in 1975. Nestled inside the sleeve was a graphic-novel-style booklet about the singer’s life, a source of great fascination to me at the time. I spent many hours that summer on the beanbag chair in the green-carpeted den, listening to Someone Saved My Life Tonight and poring over the tale of how a shy, bespectacled piano prodigy named Reginald Dwight blossomed into the internationally renowned song stylist dominating my turntable and millions of others.

Rocketman, directed by Dexter Fletcher from a screenplay by Lee Hall, recounts a slightly updated, substantially more candid version of the same story. Back in the ’70s, the fact that John was gay counted as an official secret, as did the extent of his devotion to alcohol, cocaine and other substances. But like that booklet, the movie — a testament to self-realisation and a chronicle of recovery — is very much an authorised life. John, now 72, married and many years sober, serves as an executive producer and the author (with his lyricist Bernie Taupin, of course) of most of the soundtrack. (The instrumental score, threaded with echoes and allusions to his hits, with special attention to Goodbye Yellow Brick Road, is by Matthew Margeson.)

But the point of Rocketman isn’t self-aggrandisement. It’s fan service of an especially and characteristically generous kind. It’s certain that Elton John has nothing left to prove, but it’s also possible that he’s underappreciated. He has been part of the pop-music mainstream for so long — more than 50 years! - that the scope of his genius and the scale of his accomplishments risk being taken for granted. Nearly all the dozen or so songs you hear in this movie were originally recorded within the span of about seven years, and they represent the tip of a musical iceberg with few rivals. Still, I doubt I’m the only listener of my generation who has at times succumbed to the lure of rock-snob dogmatism and worshiped false idols of authenticity, as if Sir Elton’s splendid artifice were something to be outgrown or outsmarted. And I’m sure I’m not the only one who will be grateful to be reminded of how much I loved him, and why.

As Rocketman tells it, that affection — mine and everyone else’s — stands in painful contrast to the absence of love in Reg Dwight’s childhood. (He’s played as a boy by Matthew Illesley and in adolescence by Kit Connor; the adult Elton is Taron Egerton). Dad (Steven Mackintosh) withholds all affection and approval from his firstborn son, in spite of a shared interest in music. Mum (Bryce Dallas Howard) runs hot and cold, her warmth always contingent on her own needs. After they split up, there’s a harmless, useless stepfather (Tom Bennett).

Luckily, there is also a grandmother around — the wonderful Gemma Jones — to notice the lad’s talents and to make sure he cultivates them, with lessons at the Royal Academy of Music. It’s also lucky that Fletcher and Hall, rather than making a standard biopic, infuse this one with anti-literalist elements of jukebox-musical spectacle. Grown-up Elton sings duets with his younger self. Young Reg dances his way to adulthood to the sounds of “Saturday Night’s Alright for Fighting.”

As a result, the chronology is almost as baroque as the melodies. Sometimes the songs are embedded in the plot, as when Elton, early in his partnership with Taupin (Jamie Bell), unfurls “Your Song,” apparently off the top of his head, on the piano in his mother’s parlor. Or, a bit later, when he takes the stage at the Troubadour in Los Angeles and levitates the crowd with Crocodile Rock. Other songs — Don’t Let the Sun Go Down on Me and the title track, among others — function more as musical numbers, giving theatrical vividness and metaphorical voice to Elton’s emotions. Those are heard when they suit the mood, rather than the historical record.

The film shrewdly resists the biographical cliché of supposing that the songs originate in or refer to specific moments of feeling. That isn’t really how art works, especially an art as collaborative as Elton and Bernie’s. Their creative alliance is the film’s core, the quiet, non-dysfunctional love story woven through the glitter, excess and heartbreak. Your Song becomes the emblem of this relationship. Bernie writes it for Elton, who sings it for Bernie, and thanks to the flexible magic of the second-person pronoun, it becomes a message that each one is sending to the other, and then to everyone else in the world.

It’s hard to think of a portrayal of artists at work less invested in the myth of creative struggle. Bernie produces lyrics by the bushel, Elton has tunes by the bucketful, and the resulting hits make both men insanely rich before either turns 30. The trouble, for Elton, is what follows from that success, as his fame exacerbates the unhealed wounds of childhood.

The main plot of Rocketman follows a familiar therapeutic loop. We start in rehab, where Elton has arrived in full stage regalia, a bright orange jumpsuit adorned with angel wings and devil horns. (Most of the clothes Egerton is shown wearing are replicas of costumes Elton John actually wore, a feat of costume design by Julian Day that is ostentatious and humble at the same time.) We cycle through early striving and midcareer misery.

Some of that is brought about by John Reid (Richard Madden), a sharp-dressed music-industry sharpie who notices Elton’s talent, appraises his sexual insecurity and finds a way to take advantage of both. His ruthlessness and Elton’s appetites combine to push the singer to the brink of self-destruction, a precondition for the redemption that follows.

Egerton, with what can only be called flamboyant understatement — and also, I suppose, understated flamboyance — in effect plays both the Lady Gaga and the Bradley Cooper parts in a fresh iteration of “A Star Is Born.” His Elton is the hard-living road warrior and the preternaturally gifted ingénue, the sacrificial hero and the plucky survivor, the rock god and the camp icon. The actor delivers a tour de force of self-effacement, a bravura demonstration of borrowed charisma.

Fletcher sometimes overreaches, with respect to both spectacle and storytelling — the choreography can be as confusing as the timeline — but when it’s working Rocketman has the earnest, extravagant energy of a Baz Luhrmann movie. That description is, in this context, very much a compliment, since Luhrmann-esque showmanship is just what you want in a movie about Elton John.

The other thing you want is Elton John’s music, a desire that Rocketman by turns satisfies, sharpens and frustrates. The songs aren’t quite the way you remember them, and in most cases the new versions are put to effective dramatic use. But they don’t quite stand alone, and they’re unlikely to displace the originals on anyone’s streaming playlist. That’s just fine of course: The point is to spark renewed fondness for those old records, and for the incandescent meteor of a man who made them.