The series will start streaming on Disney+ Hotstar from July 1 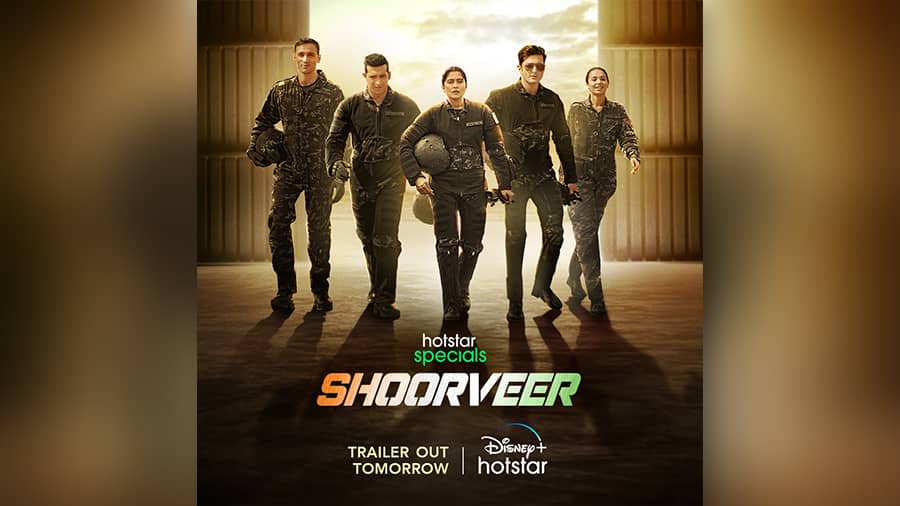 Disney Plus Hotstar on Monday released the trailer of its upcoming military-drama series Shoorveer, which focuses on the trials and tribulations the best officers from the navy, army and air force go through to serve the nation.

The streaming giants shared the trailer via Twitter on Monday evening. “They risk everything for our freedom - #HotstarSpecials #Shoorveer -All episodes streaming from 15th July,” read the Tweet.

The one-minute-56-second trailer starts by showcasing the journey of the creation of an elite task force in India. It introduces the Hawks squad, the first of its type, comprising outstanding officers from all three wings of the armed services. The trailer has a strong Top Gun influence. There are images of fighter jets swerving violently in the air, seemingly preparing for a battle. Additionally, the show features a Maverick-like character whose sole goal is to take unsettling risks that are detrimental to the team.

Produced by Juggernaut Productions, the show has been created by Shaurya director Samar Khan and directed by Inside Edge and Sanak director Kanishk Varma.

The military drama series closely examines the ties between comrades and mentors as they deal with red alerts that threaten the country's peace and security. The programme depicts the feelings and events occurring behind the heavily-cast doors of our national forces and is jam-packed with explosive sequences of air warfare, ground operations, and intelligence ruses.

Hotstar previously shared the poster of the upcoming series on their official Instagram handle. “Keeping differences aside, they unite for a single mission- #HotstarSpecials #Shoorveer,” read the caption.

Shoorveer will start streaming on Disney Plus Hotstar from July 1.