Director Anu Menon on the sex and sass in Four More Shots Please!

The 10-episode series follows 4 women in their 20s and deals with love, sex and career 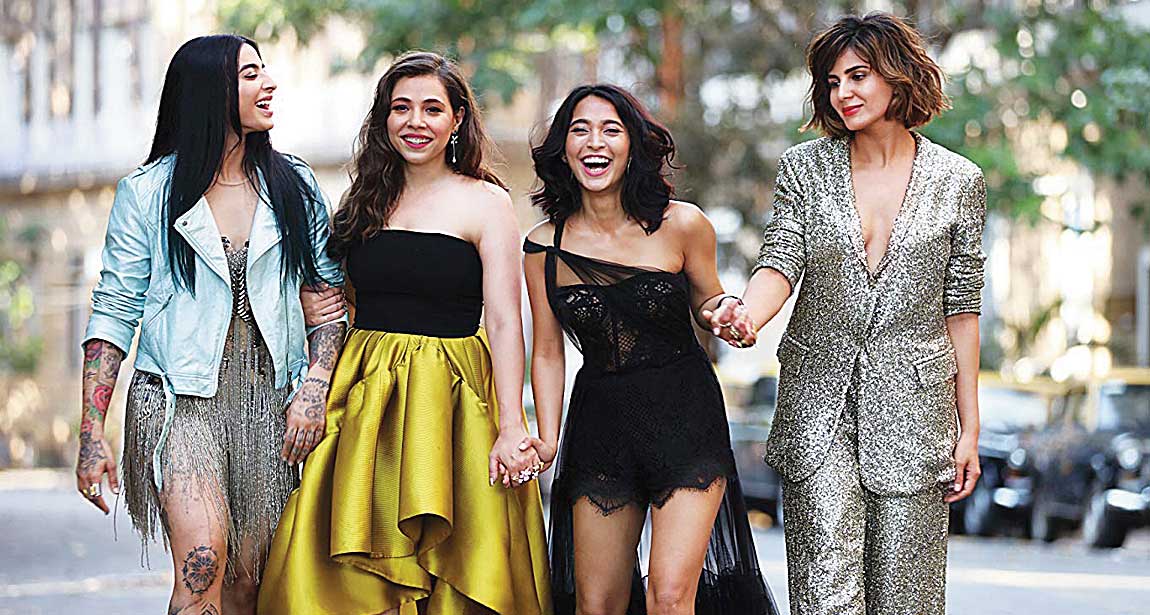 We chat with Menon on the show that’s streaming on Amazon Prime.

Your show has very strong Sex and the City vibes...

Sure, but it’s never been done here in India. It’s like saying somebody else has eaten continental food, but I may have never eaten it and maybe I want to eat it. There are so many kinds of stories about women. A few years ago, one of the best films I saw was called Girls Trip about four black women. Nobody has made anything on female friendships here.

No one asks how many male friendship films do we need? First they made Dil Chahta Hai, then they made Rock On!!, then they made Zindagi Na Milegi Dobara. I loved the basic idea of Four More Shots Please!. Four friends get together for drinks at the end of every week, they hang out together, talk about the things going on in their lives and support each other.

Sexuality is just one of the many layers in the show. These are girls in their 20s, so finding your sexuality, finding yourself and finding love are such an important part of that growing up. The show embraces all of that.

There are certain stereotypes about strong, liberated women in Hindi cinema — they cuss, they smoke, they drink and have loads of sex. And that’s what we see in the promo of your show too...

When four or five women get together, some of us drink and some of us don’t; some of us smoke and some of us don’t. But that’s not the point. What you see in the promo as well is four women having fun, telling their stories to each other. Is there anything more satisfying than a girls’ night out? That is the energy that this captures: ‘When I’m with you guys, all’s well with the world’.

When Rangita came up with the idea, she was out having a drink with a friend and she said that she liked the idea of four women meeting every Friday and discussing their lives. And that’s where it came from. I think all of us do that — we go to a pub on Friday night and hang out and all of us bring our lives with us. You can be liberated, smoke, drink and cuss and you can do all of that if you’re conservative as well.

It’s become a shorthand because a lot of that writing and directing comes from a male point of view. Do they have the agency to make their own decisions, or do these female characters do anything apart from smoking, drinking, cussing? Is it always about choosing a man? Ultimately, everything ends up there.

In our show each character has her own journey and is fighting a battle. Damini’s (Sayani Gupta) character is a journalist who sees everything in black and white, and her battle is to find out what journalism means to her, what is her real passion? Siddhi’s (Maanvi Gagroo) character is someone who is under her mother’s thumb and has always lived for her validation. And then she starts doing something daring and has to live with the consequences of that.

It’s believed that it’s hard to cast the male characters for a show that’s dominated by women...

Usually it is, but we did really well in this one. Milind (Soman) has a lot of hot scenes, so he was like ‘Bring it on!’ (Laughs) I had to talk a lot to Neil (Bhoopalam) and he used the word ‘legit’ to describe some of his scenes. Prateik (Babbar) loved the idea that these women meet at his bar and he’s like the glue for them.

I think all the guys had something fun to do and that’s again in the writing. How we’ve treated men in this show, men never treat us like this in their shows (laughs). All these men are not just props — they’re not black-and-white. In a lot of women-oriented films, the men are idiots. We had a lot of discussions about what kind of men we want to see on the show. There’s a lot of dark stuff out there, but this is fun and sassy.

The actresses have said that it was easier for them to shed their inhibitions because the show has a female director and a female cinematographer. Is the gaze different?

Yes, because the girls were having sex as opposed to sex being done to them. They were not objectified. It’s not bold, it’s just beautifully shot. And there are different kinds of sex. There’s drunken sex, there’s fantasy sex, there’s tender sex, all of which is what happens in life. I think that’s what is captured in the show. The fact that there was no awkwardness shows on screen.

You have a lot of women in the crew. Was that something that you were very conscious about or did it organically happen?

Personally, it was organic. Rangita and Ishita were the starting points, and the writers were on board. I think they wanted a female director who would understand it, but also they didn’t want just any female director, they were very keen on someone who would get the show. After that, one by one, the HODs we got were all people who were right for the job. It just ended up being a lot of women.

When the whole #MeToo movement started and people were saying we need to get more women on sets to make them safer, I looked around and we had 70 per cent women. And the men didn’t feel threatened or out of place. Mikey (McCleary), for example, who’s done all the music, completely totally got the show. So, I think it’s more to do with people understanding the show and its characters — gender does not matter, it’s conditioning.

Women, though, tend to have less ego and I think that helps you work more constructively. When you’re working with powerful male producers, there’s always a layer of ego. I never censored myself here, or held myself back, and that was a great experience for me.

We don’t look at gender as a criteria while hiring and very often women are better than men and get employed. When there’s diversity at the top, the hiring will change and so will the workforce; not the token filling up of spaces. Because we’re so used to men, people would ask me whether it was very bitchy on set. That’s again stereotyping, to expect catfights just because there were a lot of women. What unites all of us is our work ethic, not our gender. The reason I like all these people is not because they’re women, it’s because I like their work and I want to work with them again and again.