Advertisement
Home / Entertainment / Dilip Kumar will live on, and not just in film archives

Dilip Kumar will live on, and not just in film archives 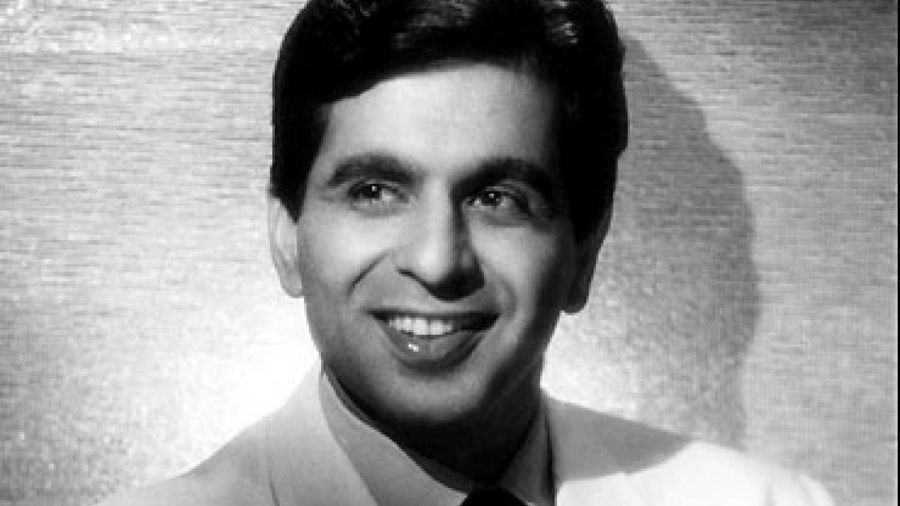 He was more than a star, more than just an actor even. Dilip Kumar, or Yousuf Khan as he was born, was the legend who epitomised the composite culture of India, both in his films that explored stories of rebellion, hope and love and in his seven decades in public life.

Kumar, who died on Wednesday morning at the age of 98, was the thinking, impassioned hero framed in black and white who moved on to a spectrum of roles in technicolour, his life and career a testimony to India as it grew and evolved over the decades.

One of the handful of greats etched in the annals of Indian cinema, tragedy came to be affixed to his name with his turn as the brooding lover in classics such as "Devdas", "Andaz" and the epic romance "Mughal-e-Azam". But the Tragedy King', who did his first film 'Jwar Bhata in 1944, three years before Independence, and his last Lal Quila in 1998, was more than that.

Reflecting the times his films were made in, he was the Nehruvian hero grappling with problems plaguing a young India in the cinema of the late 40s and 50s, most notably "Shaheed" and "Naya Daur". That idealism gave way to a certain disillusionment in the 60s with films such as "Ganga Jamuna", an angst that found pronounced resonance with the emergence of the angry young man persona of the 70s Bachchan by when Kumar had moved on to character roles. 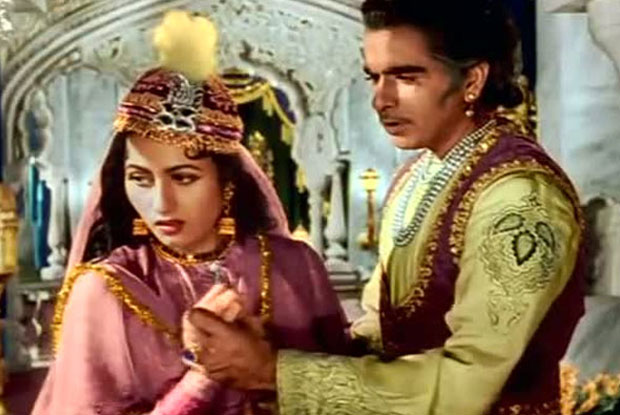 A scene from Mughal-e-Azam.
Screengrab

Kumar, part of Hindi cinema's famed triumvirate along with Raj Kapoor and Dev Anand, set hearts aflutter, spawned many wannabes and was the inspiration for generations of actors with his own brand of method acting intensity at the core of every role that he did.

Unlike Raj Kapoor and Dev Anand, he never ventured into filmmaking, preferring to stick to acting, his abiding passion. But he was never just an actor and a marquee name admired by generations of filmgoers.

Kumar was also a polyglot. The erudite Pathan from Peshawar, who started as a fruit trader, was fluent in Urdu, Hindi, Punjabi, Awadhi, Bhojpuri, Marathi, Bengali and English. His wife, actor Saira Banu, noted that he was just as well-versed with the Quran as he was with the Bhagvat Gita and could recite verses from his memory.

His secular beliefs spring straight from his heart and from his respect for all religions, castes, communities and creeds, she wrote in the foreword of the actor's autobiography "The Substance and the Shadow".

In the troubled early 1990s, when Mumbai was riven by communal tension, Kumar emerged as a figure of peace. During the 1993 riots in the city, stories abound of how he opened his home and made it a command centre for relief work. 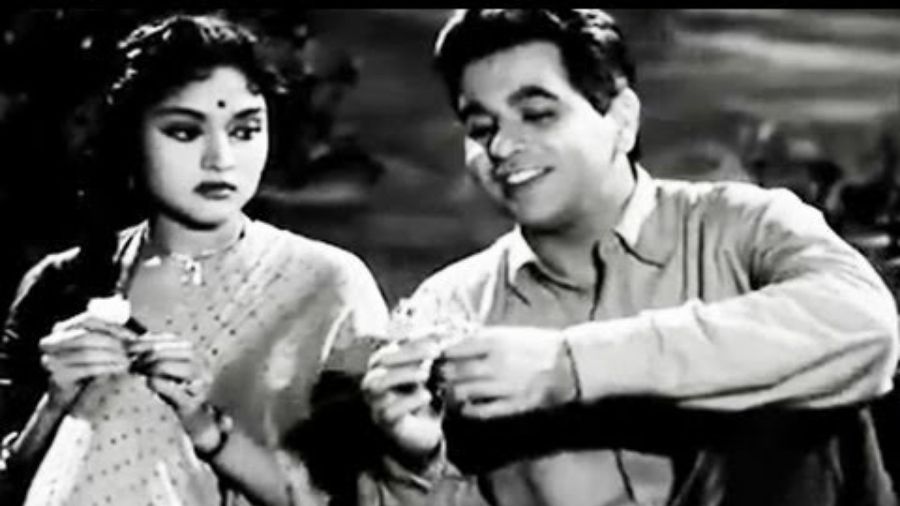 He was a much-awarded artist, honoured with the Padma Bhushan in 1991 and the Padma Vibhushan in 2015 as well as the Dadasaheb Phalke in 1994. He was also a nominated member of the Rajya Sabha for one term and served as the sheriff of Bombay in 1980.

In 1998, somewhat controversially, he was awarded the Nishan-e-Imtiaz, the Pakistan government's highest civilian award. The following year, the Kargil war between the two countries broke out and Shiv Sena chief Bal Thackeray demanded he returns the award. But Kumar refused to succumb and met then prime minister Atal Bihari Vajpayee on the matter.

As the years passed and age caught up with him, Kumar withdrew from the public eye but like most stars never faded away.

The man, who inspired the likes of Naseeruddin Shah, Amitabh Bachchan and Shah Rukh Khan, remained on the edges of public life with his films watched by those who grew old with him and also newer generations of film lovers who wanted to catch up with the best of Indian cinema.

The Dilip Kumar oeuvre is limited to just 60-odd films, most ranked as classics. These include Devdas -- a tragic story of unrequited loved still associated with him despite its many screen iterations Madhumati , Mughal-e-Azam of course and Naya Daur that mirrored the man vs machine conflict of the 50s. 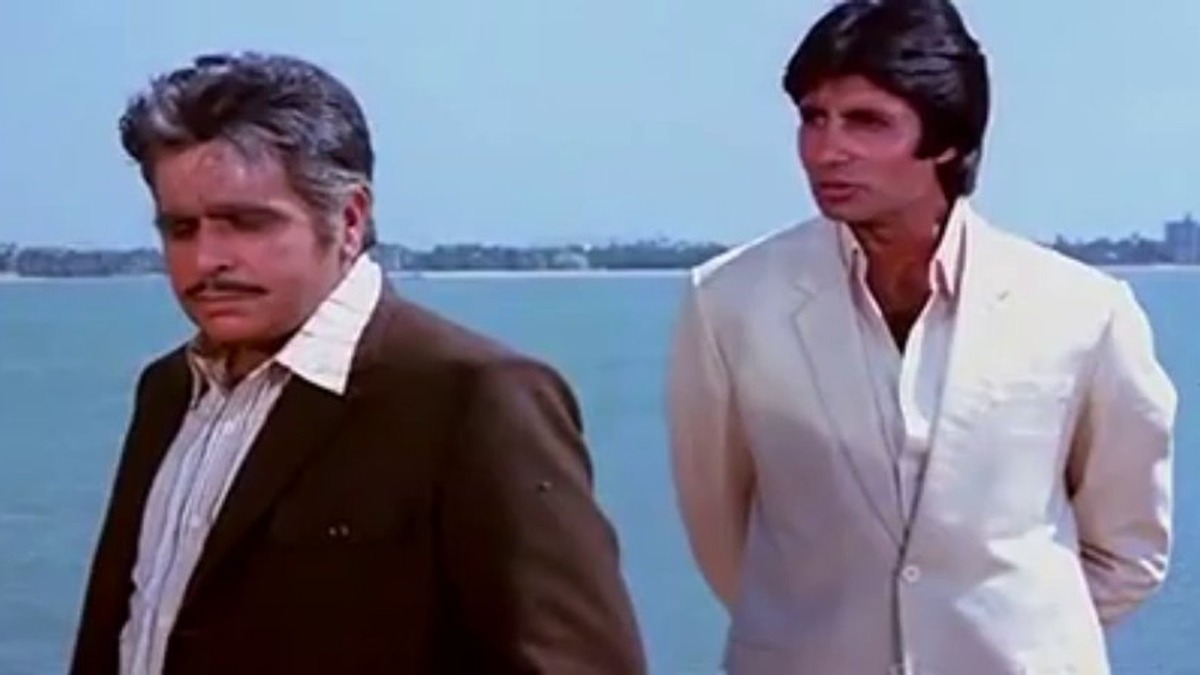 The second innings saw him play memorable character roles in films such as Kranti, Karma and Shakti.

It is often said that Kumar was the first of the Khans.

In a sign of the times that were, this Khan -- born Muhammed Yousuf Khan, one of Pathan fruit merchant Ghulam Sarwar's 11 children, on December 11, 1922 in Peshawar was rechristened the perhaps more acceptable Dilip Kumar.

His new name and new identity was given to him by Devika Rani, who was head of Bombay Talkies at the time and was of the view that a screen name would help audiences relate to him.

It certainly did. Though his first film, Bombay Talkies' Jwar Bhata went unnoticed success beckoned with the next, "Jugnu" in 1947.

Till Jugnu , the acting career was hidden from his family. It was Basheshwarnathji, Prithviraj Kapoor's father and Raj Kapoor's grandfather, who pointed his father's attention to a hoarding of Jugnu.

The two families had been neighbours in Peshawar and friends for years, and it was Raj to whom Yousuf turned to when his disappointed father refused to speak to him.

In a story that has become part of film lore, Raj got his father Prithviraj to mediate. And all was eventually well.

It was only fitting that both the Peshawar boys went on to become amongst India's most loved and respected actors.

The fame did not always sit easily on Kumar.

So many of his stories had tragedies written into them. At some point, the reel started impacting his real lilfe. He went through a bout of depression in the 1950s and decided to opt for lighter roles in films like Ram Aur Shyam and Gopi.

Writing about this phase in his life, the actor wrote, "I had been playing characters who were ill-fated and a morbid outlook had seized me as a result of my extreme involvement and my living the character beyond working hours."

Though a private person in life, Kumar's name was sometimes linked to his leading ladies, the most discussed still being his relationship with Madhubala that ended due to a court case during the making of "Naya Daur" in 1957.

Many years later, he met Saira Banu, his wife of over five decades, at a party. She was 22 and he 45. There was a blip when Kumar married Hyderabad's Asma Sahiba in 1981. The marriage lasted two years.

Other than that, Saira Banu has been a constant by Kumar's side, supporting him through the years and speaking for him when he was no longer in a position to.

That story has now ended. But the legend that is Dilip Kumar will live on. And not just in film archives.