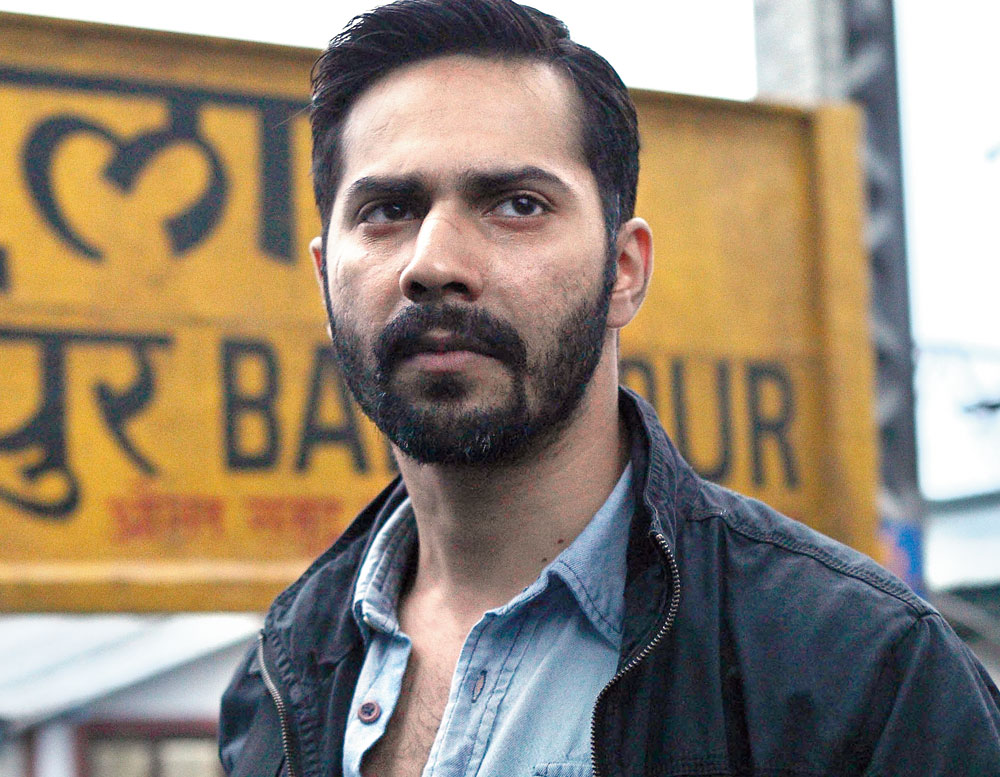 October actor Varun Dhawan is vocal about his love for dark films and believes movies such as Dhobi Ghat, Black Friday and Badlapur had the perfect ingredients to be great hits.

The actor was speaking at a session, Dha-One, moderated by writer Rumi Jaffery, with his father, filmmaker David Dhawan, at the International Film Festival of India (IFFI) in Panaji.

“I would have given my right arm to be launched by Anurag Kashyap,” to which father David Dhawan quipped: “Thank god, not!”

The senior Dhawan said: “When I learnt that he had auditioned for Dhobi Ghat, I suggested him to give up the idea and instead do ‘proper’ Bollywood cinema. Later, when Karan (Johar) told me that he is casting Varun in a lead role in his film, I thought ‘what can be better than this?’ I asked Varun to step on his shoulder and take the leap.”

Citing the example of the blockbuster Amar Akbar Anthony, David said: “The scene where the brothers collectively donate blood to their mother, still attracts applause. The idea is impractical, but cinema is all about what you make the audience believe. You’re selling dreams at the end of the day.”

On what drew him to acting, Varun said: “I always wanted to be the funny guy in the group. I dreamt of owning a channel and do talk shows. I used to be obsessed with improv-comedy.”

Jaffery then touched upon various facets of the Dhawan family, including Varun’s brother Rohit Dhawan, who is also a filmmaker, the bonding between the brothers, their mother, and the times of growing up.

Asked if he was nervous about his debut film, Student of The Year, Varun surprisingly dismissed the notion.

He said: “We (Varun, Alia Bhatt and Sidharth Malhotra) were newcomers. So, SOTY was Karan’s (Johar) headache. I knew that if the film did not do well, the blame would be on Karan. I was stressed in the true sense for the first time before the release of Main Tera Hero. That was my first solo hero film. I was desperate to convince the audience that I’m their hero who can laugh, cry, dance, romance, be funny and do everything that a hero does.”

The actor said he is excited about his upcoming film, Kalank, and he is eager to see how the audience receives him and the movie.