Advertisement
Home / Entertainment / Didn’t know this side of the story: Shefali Shah on Delhi Crime 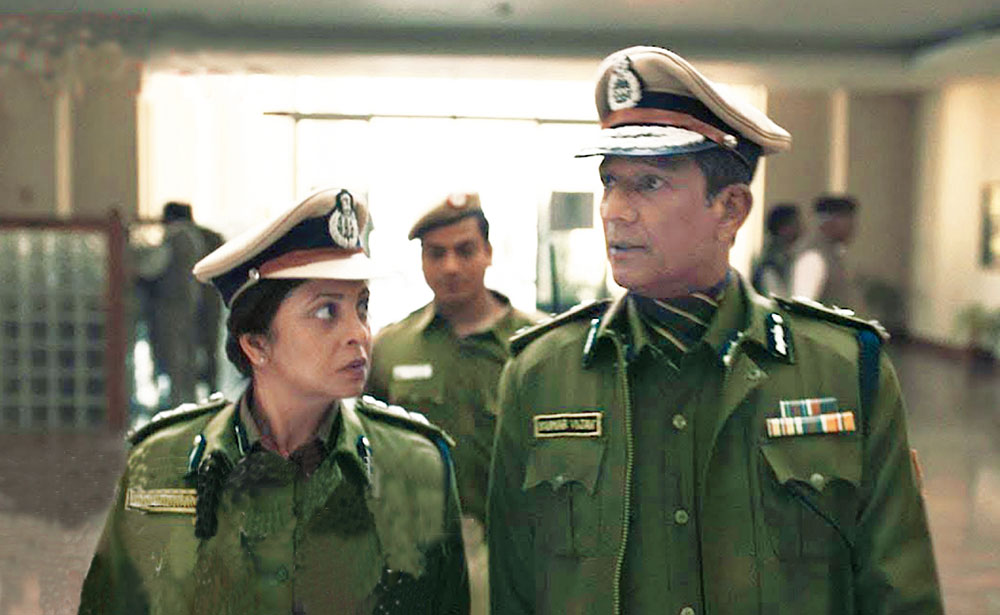 The show is a hard watch because it feels so close to home. I guess for the people involved it would be harder. Was that ever a concern?

Richie: At every stage. The people I spoke to were all involved. At every stage when I researched, I was checking my own ethics to make sure I didn’t overstep any boundaries, and that this was a project worth doing. I didn’t decide it was worth doing until I was four years into it. So, for the first four years, the research and writing part was just an exploration for me personally. Two years ago, I felt this could be very valuable as a project if we stay on the right side of sensitivity and because I’m fictionalising it, it’s an inspirational drama, which proves a point. And that point is based on my understanding and observations over the last four years. That became the basis and I just had to trust that within me, and I had to trust that within the people who had given me their insights as well.

You don’t live in Delhi, so the show is an outsider’s perspective of the city and the milieu.

Richie: Actually, I have spent six months a year in Delhi for the last 20 years. I don’t get my mail there, but I’ve spent a lot of time. This would be the fifth project I’ve done there, so it’s the city I’ve spent most time in outside my home.

Shefali, this marks your return to the series format. Was that something that attracted you to the project?

Shefali Shah: Honestly, the format is not what I go by. It’s the role, the director and the story. So, I would have done this even if it was a short film or a film, and I’m so happy we’re doing it for a platform like this.

Your character is based on a real-life officer. What kind of research and homework did it require before you started?

Shefali: When you’re creating something based on a real incident and real people, it requires an immense amount of sensitivity, a sense of responsibility and precision. The precision was taken care of by Richie, because he’d done years and years of research on it. The sense of responsibility comes from every person because you can’t hurt the people involved. You have to respect the truth and their dignity and space. I wouldn’t have been able to create who she is without having his research and access to this incredible woman, the DCP who spearheaded this investigation. And of course, my perception, my impulse, my instinct. It had to be a combination of all of that. I can’t even begin to tell you what went into the research of it. The emotions are just one part of how you’d want to address a sequence, but there was so much other work involved which wouldn’t be there if it was just a work of fiction. It was about precision, and then it’s a story of just five days. So, it was also a lot about the effects of time. When did she reach the hospital, how long had she been awake, how long did it take to catch the first culprit? The exhaustion will show on screen, her journey will show, the desperation that she’s running out of time.

Richie, would you give us a sense of the kind of research that went into this show.

Richie: Like I mentioned, it started with the verdict and all the public domain information, which is extensive. It was important to understand the timeline of events that occurred, how each suspect was caught, why that particular person, their background and where they come from. It’s also understanding the process and limitations that the police faced as a force, understanding who these people are, what their personal lives consist of, what they think about on a daily basis, what they feel about their own lives and incidents like this and the people involved in incidents like this. Are they able to separate their own personal feelings from their duty? What do they feel about these circumstances at large? Because we all had a part to play in it, everyone had opinions. This took years to put together.

How close is what we see on screen to what you found?

Richie: It’s a fictionalised account and there’s a reason it’s not a documentary. I wanted to illustrate and bring these people to life in a way that made sense for me. A lot of characters are four or five people that I met combined into one, because there are hundreds involved in something like this. But what it ultimately comes to represent is what I felt after understanding all of it, and is the best version of what I could have come up with.

This was a case that dominated the news cycle for as long as it did. All of us read and heard so much about it. Shefali, was there something that you discovered through the process of making this that surprised you?

Shefali: The actual investigation. I didn’t know this side of the story at all. As a layman, there was anger, angst, pain, hurt and just disappointment — there was the need to put the blame on someone. But this was a part of the story that I didn’t know about at all, and it was an eye-opener for me. It was like, ‘Wow, there was somebody who did something about this’.

Was it hard to shoot as well, emotionally?

Shefali: Yeah, for all of us. Just being there in 2012, it became like a personal loss. I don’t think those scars will ever heal, and it was like revisiting those scars and something like this cannot be created unless you give yourself completely to it. There’s no other way of doing it. This was very consuming.

Richie: This was very consuming but you have to be able to have some fun somewhere along the way when you’re working together for so long. Just like our characters over such a concentrated period of time. They’re living, working, breathing and sleeping at the station; they’re not going home. There have to be some moments of joy, like just having a cup of coffee, a joke here and there. I’m not comparing what we do to what they do, but when it’s so intense there have to be moments of lightness.

Are there going to be more seasons?

Richie: Yes, there will be another season. Same characters, different crime.

Indo-Canadian writer-director Richie Mehta was in Delhi on December 17, 2012 when the country woke up to the news of the horrific gang rape in the national capital. The crime was heinous and the stories unsettling. Six years after that fateful morning, Mehta has directed Delhi Crime, a seven-part series for Netflix. The show centres on the heroic actions of the Delhi police to bring the perpetrators of the gang rape to justice. With the eyes of the world upon it, the investigation is led by one passionate female officer, who in the show, is played by actress Shefali Shah. The Telegraph chatted with Shefali and Richie at the Taj Lands End in Mumbai recently.

Richie Mehta: I have a family friend in the Delhi police who retired six years ago. He had seen my previous films and suggested I do a project on this case. I thought it was not appropriate for me, or anyone for that matter, to do it. He suggested that I should at least read the verdict and if I was interested, I could meet the officers involved. I thought it was an interesting way to learn more about the case because it was so fresh in our minds at the time. So I pursued it, just as a person and not as a filmmaker.

Once I read it, I wanted to understand more and to meet these cops... it was an interesting opportunity. Having spoken to them and analysed their version of events, I got to understand them more as people. That’s when I started to realise there’s something very special about these people, the ones who are trying to do the right thing. In this particular case, they were the ones at the frontline fighting for justice, and especially the lady officers. Their insights into cases like these are valuable for all of us.