This impression, however, is based on the first four episodes of the 12-part season 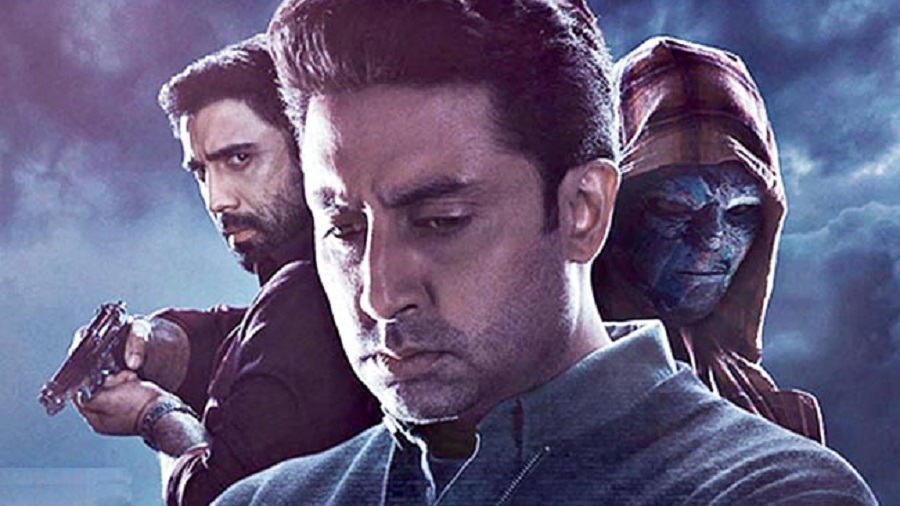 How far will a parent go to protect their child? With their bloodline on the line, will they, who instil values in us and help us distinguish right from wrong, not even stop at murder?
Breathe: Into the Shadows carries forward the theme and template of the first season — in which R. Madhavan metamorphosed from an Everyman into a cold-blooded killer in order to give his greviously ill son a fighting chance to live — delivering an emotional wallop as well as a breathless rollercoaster ride. This impression, however, is based on the first four episodes of the 12-part season made accessible to The Telegraph before Season 2 drops today.

Abhishek Bachchan, credited as Abhishek A. Bachchan and making his web debut here, takes over from Madhavan (whose character died in Season 1) as the father compelled to kill under duress when his knee-high daughter vanishes one day. Six-year-old Siya, a juvenile diabetic who is heavily insulin dependent, is kidnapped from a birthday party, and Avinash Sabharwal (Bachchan) and his wife Abha (Nithya Menen) find their seemingly perfect world turned upside down overnight. The ‘how’ and ‘why’ quickly turn to ‘what?!’ when months whizz by without a ransom call or any news, good or bad, of Siya and the distraught parents, running from pillar to post, find their own relationship on the line. Till a message arrives from the kidnapper that Siya is alive and well, but accompanied with a rider: Avinash has to kill random strangers picked by the kidnapper in order to get his daughter back.

Channeling thrillers like Room and Se7en (Avinash’s modus operandi for the killings has to be based on the Seven Deadly Sins, in a nod to the seminal David Fincher film starring Morgan Freeman and Brad Pitt), Breathe: Into the Shadows puts together its world and characters effectively, even as it slowly but steadily builds a pressure cooker-like situation with Avinash, a psychiatrist with the ability to read people’s minds but now finding himself flummoxed by the mechanics and motivations of the kidnapper, racing against time to execute the murders to keep Siya alive.

You don’t really need to revisit Season 1 to be able to watch Breathe 2. Writer-director Mayank Sharma fashions a plot that has no bearing on what’s played out previously, with only troubled cop Kabir Sawant (Amit Sadh) returning, his man Friday Prakash Kamble (Hrishikesh Joshi, the show’s comic relief) in tow. Like Season 1, a now-buffed-up Kabir (unarguably the most interesting character in Season 1) is battling his personal demons, prompting him to take a posting in Delhi, where the perplexing murders are taking place. That results, of course, in a cat-and-mouse game between cop and criminal.

Breathe 2 benefits from a taut plot that builds its tension gradually. The landscape of the show is built painstakingly, with the viewer empathising with the emotional seesaw that Avinash and Abha are made to go through. Nithya Menen as Abha scores with screen presence and strong emotionality, acting as both catalyst and conscience-keeper in Avinash’s downward spiral into the dark recesses of grief and guilt. Saiyami Kher’s Shirley is the other key female character here. Shirley largely remains within the shadows in the first four episodes, but with the promise that she will influence the proceedings as Breathe 2 hurtles forward.

It’s upto Abhishek to do the heavy-lifting here and the actor rises to the occasion, bringing alive the pain of a father and the dilemma of a man who quickly turns murderer. Just that one scene where Avinash, trying to be in control but completely losing it, breaks down before the cops illustrates what the actor can do when given a role he can sink his teeth into. Now waiting for more... of Breathe and Bachchan.

I liked/ didn’t like Breathe: Into the Shadows because... Tell t2@abp.in