Ayoshi Talukdar on shooting for her Bollywood debut film ‘Uma’

‘Kajal Aggarwal is so warm and sweet. We spoke a lot about Bengali food, pilates, different workout methods and movies’ 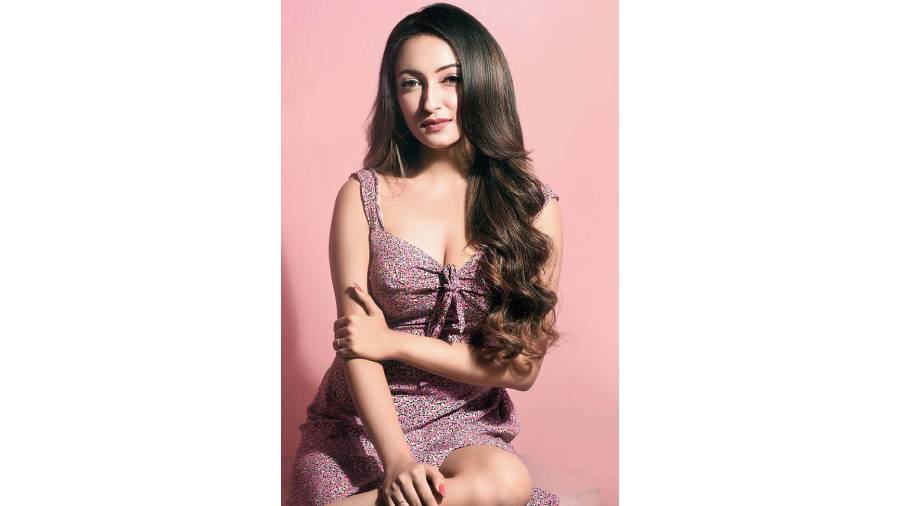 Early morning call time, intense shoot, warm co-stars — Ayoshi Talukdar is having a great time shooting for the Bolly film Uma — co-starring Kajal Aggarwal, Harsh Chhaya, Tinnu Anand, Meghana Malik, Gaurav Sharma and Shriswara — in Calcutta. In the film, she plays a very sensitive girl ‘who cares a lot about her family’. A candid chat with Ayoshi, who had starred in films like Satyanweshi Byomkesh and the web show Eken Babu...

What was your first reaction when you got to know that you have bagged an important role in Uma?

I was really thrilled. I have grown up watching Bollywood films. Initially I wasn’t aware of the story when I auditioned for Pinky’s role but later I was more than happy to know that the story revolves around Pinky’s wedding. There is also an interesting part that I play which eventually audiences will get to know. As an actor, I’ve always aspired to do good roles and nothing could be better than doing so in a Bollywood film which caters to a larger audience.

How did you prepare for the role?

This being my first Bollywood film, I had to be very confident and particular about my Hindi. Since I am the only person among the main cast who’s from Calcutta, I have had script-reading sessions with the entire cast and the director through video calls. I’ve been in constant touch with the director and his team so that I know exactly what he wants from my character.

Pinky’s a lovable character. A young girl who is graduating and really wants to study further. She’s very sensitive and cares a lot about her family. She’s a today’s girl, responsible and ambitious, who wants to do something in her life. I’m sure there will be a lot of young girls relating to Pinky.

Did you take any diction classes for this role?

No. Since my schooldays I’ve had a lot of non-Bengali friends so I’ve been speaking a lot of Hindi. But yes I’ve been reading my lines to the director and seeking his approval each time.

How’s your shooting experience till now?

It’s been awesome so far. Honestly, I was very nervous working with such brilliant and experienced actors. I am so happily surprised to get so much warmth from everyone around. The entire cast is really helpful and cooperative. The production and the director’s team is also really nice. I’m having a great time working and learning new things on set. It’s been a while we’ve started with the film’s shoot and it feels like an extended family already. 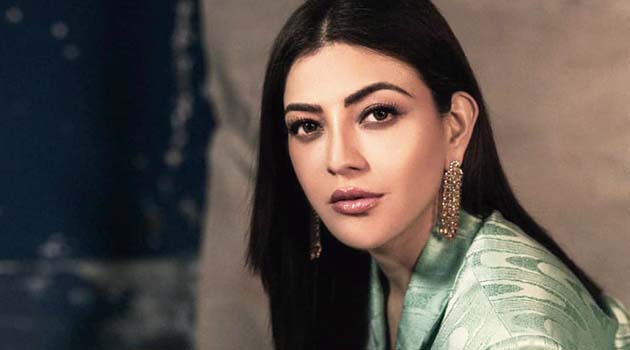 Kajal is a brilliant actor. I’ve seen a lot of her Bollywood as well as southern films. She’s such a cooperative co-actor as well. She’s beautifully portraying her character so I’m getting to learn a lot seeing her perform. Most of my scenes are with her in the film and she has been guiding me to do them well.

How is Kajal in person?

Kajal is so warm and sweet. We spoke a lot about Bengali food, pilates, different workout methods, what movies I should watch to portray my character well etc. She’s done so much of good work both in Bollywood and in the south yet she’s so down to earth. Humble and so easy to talk to.

Any fun anecdotes from the set?

There’s this super entertaining little boy Kiaan on set who plays my younger brother Bittu. He’s always doing something or the other, making us all laugh. I’ve bonded really well with him. He’s full of energy and it’s so much fun to be around him.

What would the team do after pack-up?

Due to Covid, we pack up early only. Mostly the team has dinner together at the hotel after pack-up. We start shooting pretty early in the morning hence the preps and last-minute discussions happen for the next day’s shoot.

What are your expectations from Uma?

This film is a slice-of-life family drama. It’s a beautiful story that can be watched by the entire family together. I’m quite confident that people will relate to the story of the film and will enjoy watching it.

How was it like working with director Tathagata Singha?

Tathagata-da is such a sorted director. This being his debut film, he’s extremely passionate about it. He’s quite focused and clear with what he wants. As an actor, I really like the energy that you get from him. He is very helpful and always there to guide. He’s an amazing storyteller as well. I’m getting to learn a lot from him.

How different is the working style of a Hindi film from a Bengali project?

It is quite similar to how we perform in a Bengali film but everything is in more detail. Like, the shooting schedule is quite longer than here so each scene is shot minutely and with time. They are very particular about the look as well. Every little thing, starting from the hair to the footwear, is taken care of. At the end, the medium does not matter, be it Hindi or Bengali, we are always trying to give the audience the best product to watch and enjoy.

Tell us about your upcoming Bengali films?

There are a couple of films that I’m starting right after Uma. Just a gap of three/four days and then I’m travelling to North Bengal to shoot a film directed by Sayantan Ghosal with Sohamda, Bonny and Koushani. Along with that, I have two/three more Bengali films scheduled to be shot back to back. Looking forward to them as well.