Aparna and Arpita on the joys of working together 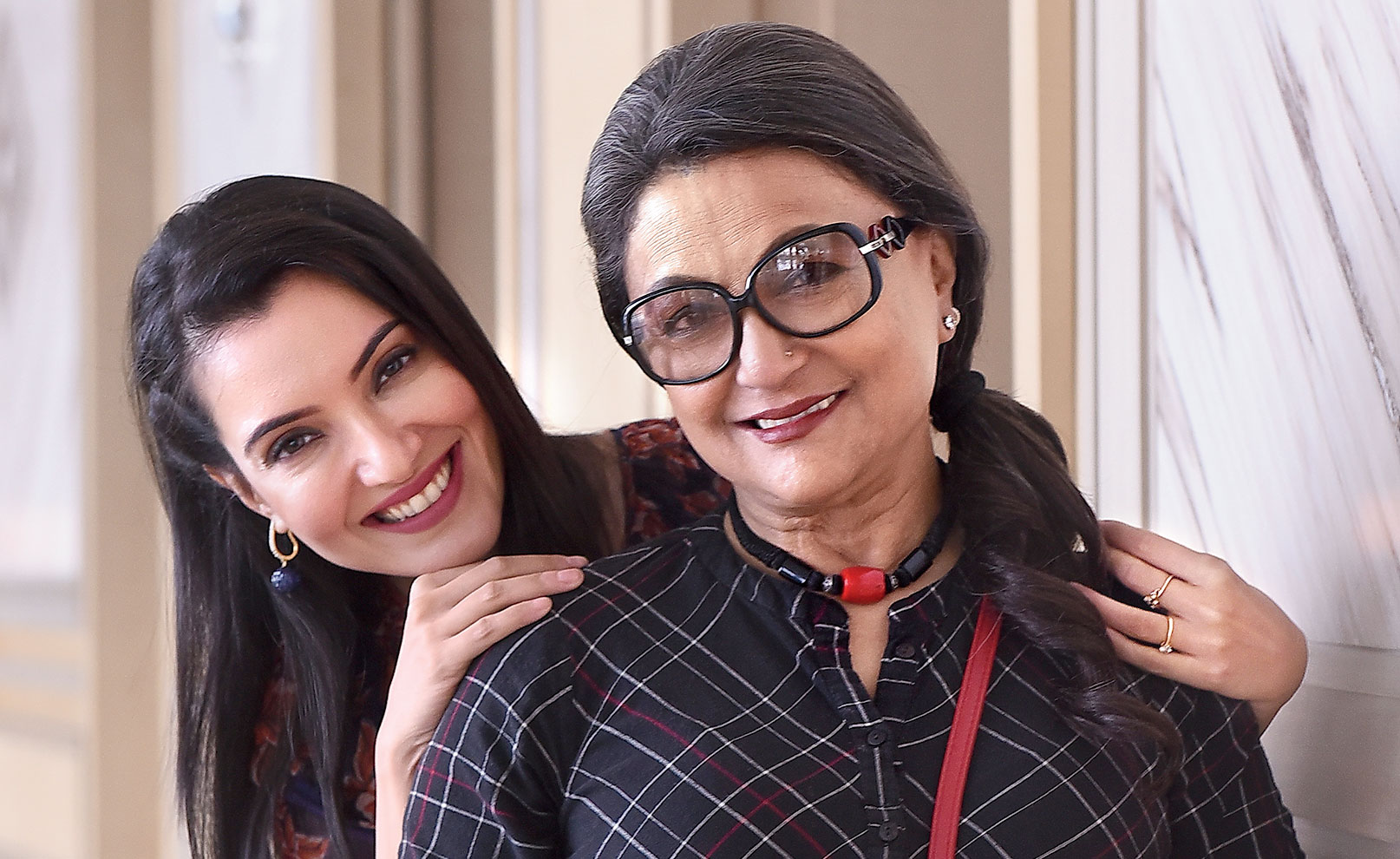 Taking a trip down memory lane got a new meaning as Aparna Sen and Arpita Chatterjee got together for a special t2 chat for their film Bohomaan (directed by Anumita Dasgupta), which releases today. Bohomaan stars Aparna, Soumitra Chatterjee, Arpita and Bratya Basu. Excerpts...

Rinadi, what kind of feedback are you getting for your film Ghawre Bairey Aaj?

Aparna: The word-of-mouth is very strong. I have been receiving so many congratulatory phone calls. It got standing ovations in various theatres.

Arpita: Yes, she used to call me Apu… this was in the late 1990s when she was the editor of a magazine.

Was there ever any talk of doing a film together?

Aparna: Yes, but it didn’t happen at that time. I was thinking of having the two of them (Prosenjit and Arpita) together in a film.

Arpita: The sandwiches were so yummy at her place. Recently I got to sing a song in her film Ghawre Bairey Aaj.

Aparna: And she sung it with Rashid (Khan).

Were you a fan of Rinadi’s films?

Arpita: I have always admired Rinadi. Look at all the classic films that she has made.

Aparna: Since I made a few English films, I got national and international recognition. Of course filmmakers like Buddhadeb Dasgupta and Goutam Ghose are known internationally and nationally. Same for Rituparno Ghosh. Shei jaygatay aar hoyto onnora asheni.

Arpita: Look at her beauty.

Aparna: So was Ritu… very beautiful. He was quite aware of it.

Arpita, was she like a role model for you? Someone you seek inspiration from...

Arpita: Definitely. I have seen her Ekanta Apan many many times. Bhishon copy koretey pari.

Aparna: Really?! In what way?

Arpita: I can emote just the way you lip-synced the song Tolo chinno beena. I got to hear her in a sruti natok and later when I staged it, people started telling me that it reminded them of Rinadi! Her dedication towards her work is immense… and it has always remained so strong. When she commits to a project, she gives her everything to make it successful. That has been the hallmark of Rinadi… the sign of a true artiste.

Aparna: If a thing is worth doing, it is worth doing well. Otherwise don’t do it. Arpita sings really well… but I can’t. She sings so so well. I really liked her in Utsav. She was so natural.

Arpita: I really liked her in Basanta Bilap.

Aparna: It’s a really fun film. I also like it… after so many years.

Do you still watch it on television?

Aparna: Only if it comes up during channel surfing.

Arpita: For me, it is like a mon kharaper oshudh.

Aparna: Bah! How sweet. Soumitra (Chatterjee) is so good in it.

Arpita: Everyone is so good in the film.

Aparna: And Anuda (Anup Kumar) would always have the last word in a scene. One day I just told them that I won’t do it if they all keep on improvising all the time. Then Robida (Ghosh) told me, ‘Just do one thing… stick your tongue out at the end of a scene and then just leave the room.’ And I did that (laughs out loud).

Rinadi, what’s your take on actors turning to direction?

Aparna: I feel really happy when I see actors from the younger generation directing films. Both the professions are quite allied. As actors, we get to observe the whole filmmaking process from close quarters. And a director must have the same kind of relationship with a scriptwriter like the one he has with a cinematographer. It’s like a bond. Hitchcock used to always have a team of scriptwriters who wrote for him. But I have to write my own scripts. That is my signature. Just like Goutam does the cinematography of his own films.

And it is very important to see the world through a woman’s eyes. We have been seeing it for the longest time through the male gaze. Geetu Mohandas, Rima Das, Zoya Akhtar, Alankrita Shrivastava, Konkona (Sen Sharma), Nandita Das… there are so many women filmmakers in Bombay.

Aparna: Yes, they are there, Satarupa (Sanyal), Anumita…

Arpita: Aditi (Roy) is there.

Aparna: She had made such a fine film. I’m telling her to do another feature film. Konkona is a true chip of the old block.

How has acting styles changed?

Aparna: I have a tendency to show artistes how to go about it. I try not to do it. Konkona had told me once, ‘Don’t worry, you show it to me, ami bujhe nebo (I’ll get it). But tomader ekta tendency achhe purono dhoroner acting kora’.

Aparna: A certain kind of nyakami got instilled in us because of the kind of mainstream films we did. She does not have it at all. She does it in her own way… she understands what I want.

How has the acting environment changed?

Aparna: There used to be a certain kind of gharana of filmmakers. The same set of actors and crew members would be there. These days jibonjatrar chaap ta eto beshi... so much of work is happening….

What does it take to have Aparna Sen acting in films again?

Aparna: It’s not that I don’t want to act in films. But one has to invest a lot of time into it… and I don’t have that time. My priority is to make films. Direction is such hard work, particularly after I cracked my knee and hurt my spine, it is even more difficult. How many direction years do I have left? It is imperative for me to say whatever I have to say right now.

Aparna: I was attracted by the complex psychology in the script. There was a certain contemporaneity in it.

Arpita: Being an intelligent director, Anumita took her (Aparna) on board. And it’s a win-win situation for everyone (smiles). I was sure that I would get to learn something from her during the shoot. It was amazing to get her as a co-actor.

Aparna: We also helped each other for some of our scenes.

Arpita: I got a little scolding from her one day, and I am really blessed for that. I learnt how to pin a safety pin in someone else’s sari from her.

Aparna: It was not boka.

Arpita: Rinadi’s boka is really sweet and affectionate. If you don’t get it, it’ll be incomplete. And after that she would say, ‘Babu, please don’t mind.’ Every moment with her is precious.

Aparna: I feel very protective about him now. Of course it is very courageous and brave of him that he is still working on valiantly.

How effortless is it when you are working on a scene together?

Aparna: One day he was like, ‘I can’t memorise so many lines’. But we both know that we have to shoot the scene. I understood that he was saying it out of tiredness, so then I asked him, ‘Why do we need to memorise every word? We have understood the essence of the conversation… we can say it in our way.’ And we did the scene like that and the scene worked really well.

Would you like to direct him in the future?

Aparna: That wish is always there. As long as there is a really nice role for him. It felt really wonderful directing him in Paromitar Ek Din. And I think he also liked it.

And when are you directing Arpita next?