Angelica Hale on her America’s Got Talent journey

Angelica Hale set to visit Calcutta for her special session, ‘Let Music be the Light of Life’ 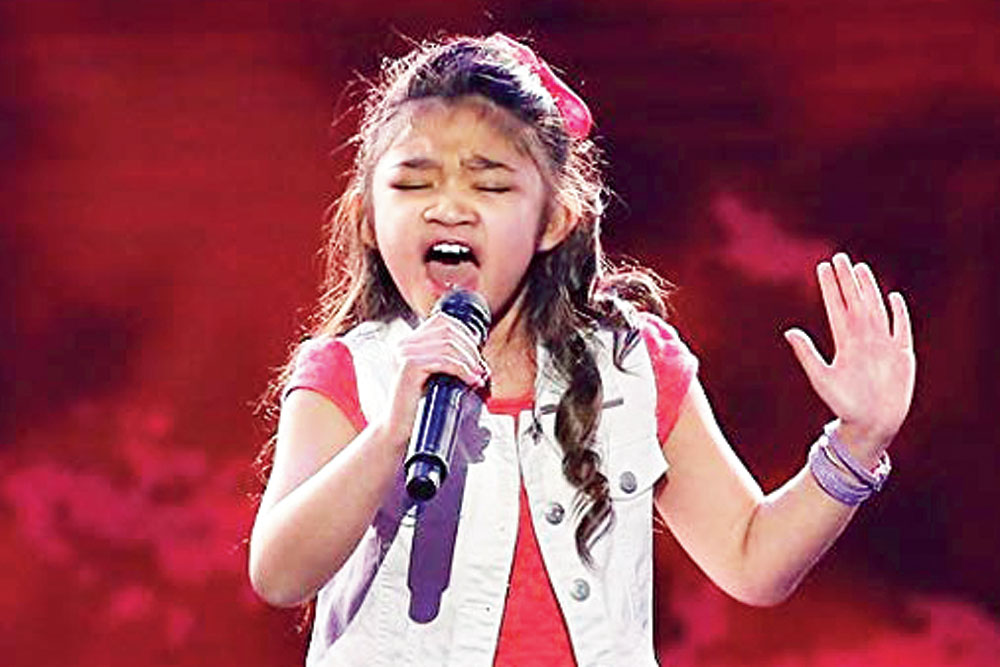 She was the first runner-up in the 2017 edition of America’s Got Talent. On December 8, 11-year-old Angelica Hale will be the spotlight speaker and performer at Infocom 2018, an ABP initiative, at the session titled ‘Let Music be the Light of Life’ at ITC Sonar in Calcutta. Before her maiden India trip, we caught up with Angelica on email.

Is this going to be your first visit to India?

Yes, this is going to be my first visit to India and I am very excited! I know the food is very delicious but very spicy, that parts of the country are very hot and dry, and that there are a lot of people in India. My impressions are that it is a very beautiful place and that there are many historical sites to see, like the Taj Mahal.

Has singing always been a passion? Was there a moment or incident that made you want to be a singer?

Singing has always been a part of my life. When I was three years old, I would sing everywhere I went, around the house, in the shower, and even in public restrooms. After sometime, my parents put me in voice lessons and that really helped me get to where I am today. I have just always known that I wanted to be a singer. Ever since I was very little, I’ve felt this way.

Growing up, whose singing inspired you the most?

I adored Whitney Houston. I thought she was incredible and as an artiste, I wanted to be just like her. Her amazing voice truly inspires me to be the best singer I can possibly be.

What was the process of getting into America’s Got Talent like and did you ever think you would get as far as you did?

I was fortunate because America’s Got Talent actually found me on my YouTube channel, which was pretty small at the time with only around 15,000 subscribers versus over one million today. They encouraged me to audition in Atlanta back in 2016, but I didn’t make it that year. When the audition process started for 2017, they reached out again and encouraged me to audition. I was like, ‘Sure, why not?’ From Atlanta, we drove five-and-a-half hours to Charleston, and I auditioned for Season 12 of the show… and the rest is history! Never give up!

I never thought that I would make it as far as I did on America’s Got Talent. There were so many other incredible acts during the audition process that it never crossed my mind. My approach was to just do my best with each performance and to not think too far ahead.

What would you pick as your top moments from your time on the show?

My top moment was when I got the ‘Golden Buzzer’ from (show judge) Chris Hardwick after singing Girl on Fire. That was the most magical feeling ever. Another moment I will never forget is when I found out that I made it to the Top 5. Lastly, when I walked out on that big stage for the first time and saw the judges smiling back at me, I was in another world.

What kind of doors has being a runner-up on America’s Got Talent opened up for you?

Being runner-up on America’s Got Talent has really changed my life and opened up so many doors. For instance, I will be in Calcutta because of it. I have also filmed my first movie (American Reject), done some voiceover work, and met some amazing people that I never thought I would be able to meet.

What’s your long-term goal as a singer?

To be able to record my own music and perform in front of millions of fans all over the world. That would literally be a dream come true. I have been working on my debut album and have even written half of the songs on it. I can’t wait to share my own music with the world and who knows, maybe I will go on tour in the near future.

You battled a life-threatening condition while growing up. Does that struggle and subsequent triumph reflect in your music in any way?

I always make sure that the songs I sing reflect who I am and what I’ve been through in my life. By having an emotional connection to what I’m singing, it’s easier for the audience to connect emotionally with me. Some of my favourite songs to sing are Rise Up, which has to do with overcoming obstacles in your path and never giving up, and Girl on Fire, which has to do with empowerment and knowing that you can do anything you set your mind to and being confident in yourself.

Besides singing, what are your other interests?

I really like acting and playing the piano, swimming, drawing, and hanging out with my friends.

Are you aware of Indian music?

I’m not that familiar with Indian music at the moment, but that will change as I visit the country more and spend more time there. I am sure that I will love India and I certainly hope you all will invite me and my family back to your beautiful country!

Patralekhaa on balancing her career and relationship