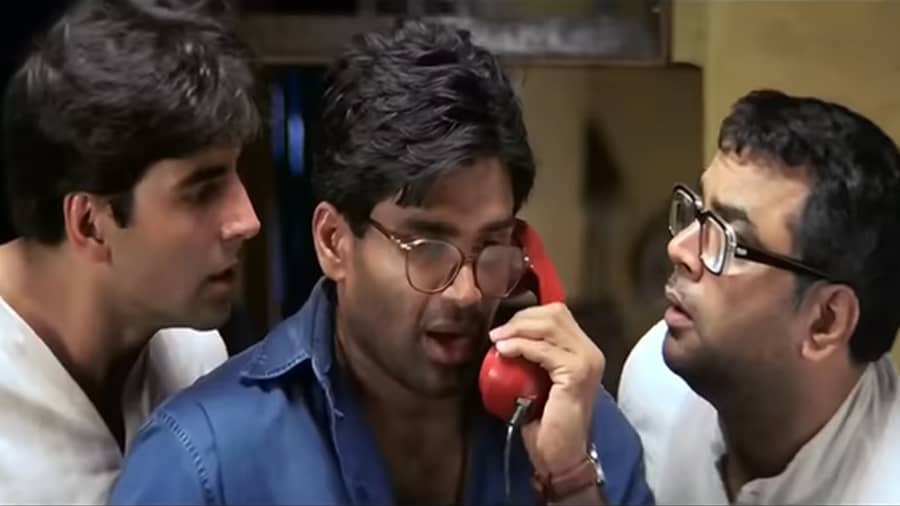 “You’ll get to see it very soon with the same star cast — Akshay ji, Paresh bhai and Suniel ji. The story is in place, and we are working on certain modalities. It’ll be made in the same way, retaining the innocence of the characters. We can’t take past achievements for granted. So, we have to be extra careful in terms of our content, story, screenplay, characters, mannerism etc,” Nadiadwala told Bollywood Hungama.

Hera Pheri, the first part of which released in 2000, has proved to be one of the most successful comedy dramas of Bollywood. Keeping up with it, the 2006 sequel Phir Hera Pheri also did well at the box office. The crisp dialogues, the setup of the comic premise and the brilliant performances has made both the films fan-favourites.

Both Hera Pheri and Phir Hera Pheri have had snappy dialogues that created the classic comic moments. While Hera Pheri was directed by Priyadarshan, its sequel was written and directed by Neeraj Vora. Nadiadwala is yet to announce the name of the director and writer of Hera Pheri 3.

“Sustaining at the box office is important. And the moment you take anything for granted, it falls. Because we hope that God willing, we can make more parts – Hera Pheri 4, Hera Pheri 5, etc. And it should be better than the earlier parts,” said Nadiadwala, while also mentioning that the sole motive of the film is not a record opening.

Hera Pheri 3 had once gone on floors with Neeraj Vora directing the project and the cast consisting John Abraham, Abhishek Bachchan, Suniel Shetty and Paresh Rawal. The shoot had to be stopped owing to Neeraj Vora’s failing health. Vora passed away on December 14, 2017.

Nadiadwala said that Akshay was not part of the project in 2014 because the story was different. But he confirmed that the original trio will be a part of Hera Pheri 3 now.