Advertisement
Home / Entertainment / Ajay Devgn on Pathaan: ‘Never heard of such a huge advance booking for any film’

Ajay Devgn on Pathaan: ‘Never heard of such a huge advance booking for any film’

The actor, who released the second teaser of his upcoming film Bholaa on January 24, also spoke about RRR’s global success 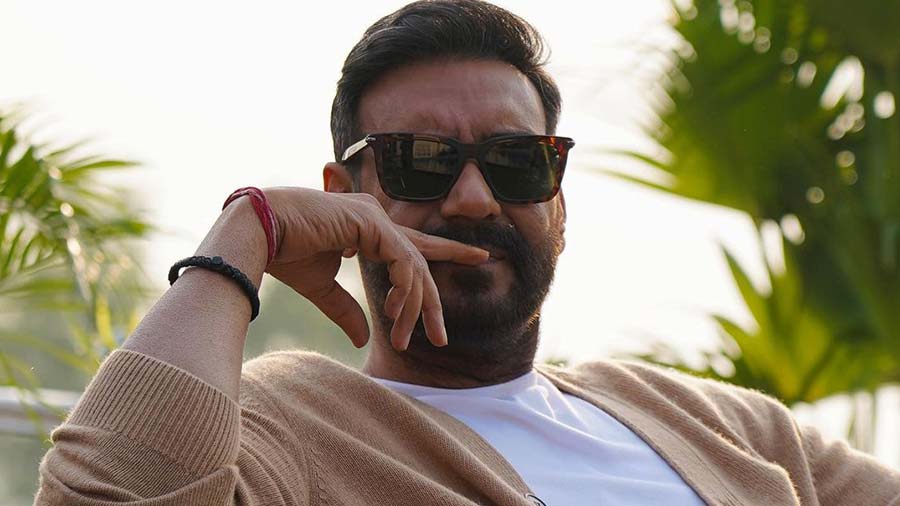 Actor Ajay Devgn on Tuesday expressed happiness over the record-breaking advance booking of tickets for Shah Rukh Khan’s Pathaan, citing the need for three to four hits in a row for the audience to redevelop their habit of watching films in theatres.

Talking at the teaser launch for his upcoming film Bholaa in Mumbai, Devgn said, “Even when Drishyam 2 became a superhit, I was saying that the industry needs three-four consecutive hits like this so that the audience would go back to their habit of going to the theatres to watch films. As for Pathaan, we have never heard of such a huge advance booking for any film, so I’m really happy about that.”

Devgn’s message of love and support was met with an equal measure of respect by Shah Rukh, who tweeted about the actor’s support during a recent Ask SRK session on Twitter. “Ajay has been a pillar of support and love to me and my family for years. He is a wonderful actor and a beautiful human being. Strong and silent,” Shah Rukh wrote in reply to a tweet.

Ajay has been a pillar of support and love to me and my family for years. He is a wonderful actor and beautiful human being. Strong and silent. https://t.co/gbDD1Zc2rm

Devgn has his fingers crossed when it comes to RRR nominations as well. S.S. Rajamouli’s RRR has gained international recognition post its Golden Globe win and Critics’ Awards nomination. The 53-year-old actor, who played an important role in the blockbuster, believes that the box office numbers benefit the whole industry.

“When films work, it is a benefit for the whole industry. Rajamouli has taken the film internationally. When we read about the recognition from filmmakers such as James Cameron, our industry is getting recognition, which is a huge thing. We feel proud. I’m keeping my fingers crossed for the nominations and awards that RRR receives,” Devgn said.

After Bholaa, Devgan will be seen in Amit Ravindernath Sharma’s sports drama Maidaan, scheduled to release later this year.