‘I learnt everything from life’, he says 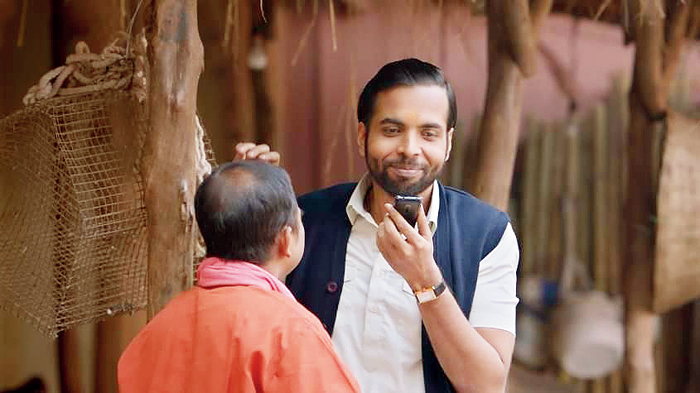 But call him No. 2 aashiq and he gets rattled. “There is no number two. All aashiqs are the same when it comes to Pooja,” says Stree actor Abhishek, who has made a place in comedy since playing Janaa in the horror comedy last year.

The Telegraph gets chatty with the casting director-turned-actor, who plays leading lady Nushrat Bharucha’s brother and also the “love interest” of Pooja aka Ayushmann Khurrana in Dream Girl that releases on Friday.

Dream Girl’s knocking on the door. What’s your expectation?

The expectations are high. We want the audience to laugh. It’s a fun film which you can watch with your family. It’s pure fun. You know after making this film I realised how important it is to laugh.

Does it have a message?

Yes it does. But that’s subtle and hope the audience understands it. It’s plain and simple with an underlying message at the end.

In Stree you had a very important role. How crucial are you in Dream Girl?

In Stree, Janaa was pivotal. In Dream Girl, Mahendra is the lead (Ayushmann)’s love interest and at the same time the love interest (Nushrat)’s brother. There are several aashiqs (lovers) of Pooja (Ayushmann) and every aashiq is connected to each other because they get entangled in Pooja’s life. So Mahendra is significant in a lot of ways.

To be precise, the screenplay. Comedy is all about screenplay. It brings out your spontaneity, your timing and if the actor is enjoying, a director can get the best out of him. I enjoyed every bit of it.

Though you don’t have an acting degree, you were extremely natural in Stree. How did you pick up acting?

Casting has been very educational. I learnt a lot from two places — Kirori Mal College (he was pursuing English honours but quit in the third year), where I performed on a regular basis because the college encouraged it. Second, was in audition rooms. Whenever people came for auditions I used to watch their reactions. My focus came from the audition rooms. Acting is all about reactions. I learnt everything from life. I travel a lot and watch people and always wanted to learn from people and things around.