Advertisement
Home / Entertainment / A Marvel fan picks 6 reasons why Thor: Love and Thunder fails to land the hammer
Director Taika Waititi seems to have lost his Midas touch in the latest Thor film

A Marvel fan picks 6 reasons why Thor: Love and Thunder fails to land the hammer 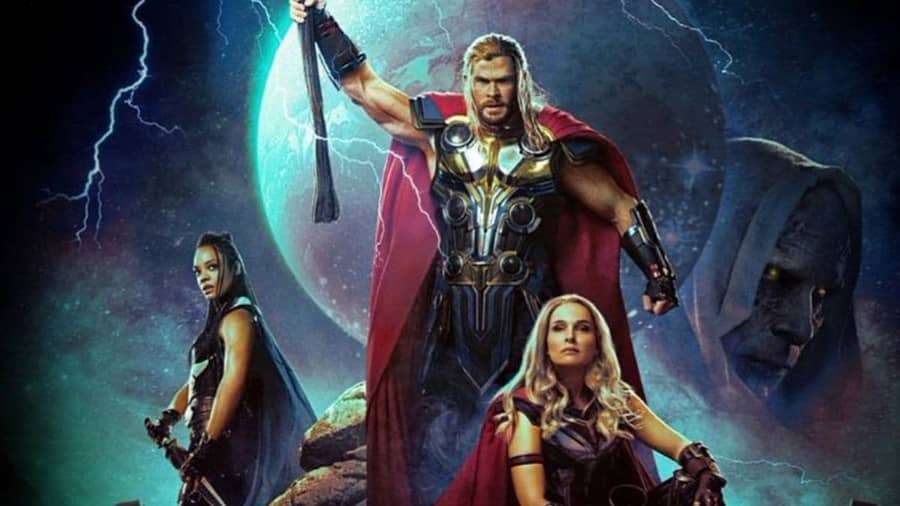 Thor returns to the big screen to continue his individual storyline in the MCU after five years
MCU
Ahana Mukhopadhyay   |   Calcutta   |   Published 13.07.22, 04:42 PM

In 2017, Taika Waititi created a cinematic masterpiece in Thor: Ragnarok, a movie that redefined what it meant to be a superhero. Five years later, he’s returned with the highly anticipated Thor: Love and Thunder, except somewhere along the years he has lost his Midas touch, meaning the new Thor film becomes the latest in the league of MCU projects that try a bit too hard and fall extra flat.

With little to no organic character development – unless you choose to count Thor going from a “Dad bod to a God bod” – and a cliched storyline that challenges your allegiance as a Marvel fan, Thor: Love and Thunder has made it extremely difficult to fetch a thunderous reception from fans and critics this time around.

With that in mind, here are six reasons from an ardent Marvel fan on why the latest Thor film severely lacks thunder.

1. A birthday party with an unlimited budget

For all the characters that turn up, the film sure looks like the birthday party of a kid given an unlimited budget and allowed to invite anyone the heart wishes. And like the sane aunt, the audience is left wondering why half of the people are there. The entire Guardians of the Galaxy show up… for one scene whose absence would have made absolutely no difference to the plot progression, and whose presence makes no addition whatsoever.

2. Songs that do not sync

One thing that Thor: Love and Thunder does is generate a newfound appreciation for the numerous songs in Bollywood movies that at least fit in. Continuing with the unlimited budget vibe, the movie has acquired some of the most recognisable songs but fails to sync them with the mood and tone of the scenes. Some of the most pivotal conversation scenes make the audience go “Oh, come on!”, and most of the laughter comes from the excruciatingly cringe-worthy melodramatic scenes that would give popular Bengali soaps a run for their money.

Marvel Studios, as usual, try to maintain diverse representation without really doing their research or thinking about the after-effects. For some absolutely unfathomable reason, Zeus -- a Greek god -- speaks with an Italian accent that makes the whole scene appear more awkward than hilarious.

Melissa McCarthy is cast as fake Hela in a theatrical performance of the original Thor: Ragnarok events; a performance intended to elicit laughter, which comes off as fatphobia instead of an attempt at inclusivity.

Thor: Love and Thunder is strewn with references to queer relationships without ever giving any of them proper screen time. While at first glance the multiple references appear to be a point of commendation, what Marvel Studios is really doing is playing it safe, providing tokenistic representation to cater to the queer community that ticks another box in Marvel’s ever-expanding target audience.

Chris Hemsworth and Taika Waititi struggle to replicate the magic of ‘Ragnarok’ in ‘Love and Thunder.
TT Archives

5. Little time for the other Thor

While Chris Hemsworth manages to balance the infuriating childishness of Thor as well as his sombre god-like behaviour, Natalie Portman as Thor (not Lady Thor, as comics writer Jason Aaron had specified) plays a decent role, although the script barely allows her any character development and nowhere near enough screen time. The movie attempts to explain how Jane Foster becomes worthy of the Mjölnir, but ends up attributing it to Thor’s (the male one) love for her, further drawing away the power from Foster.

Tessa Thompson, in her limited screen time as Valkyrie, dazzles as usual. What angered me, however, is that some of Valkyrie’s dialogue appears to pit her against Foster to prove the greatness of the latter, playing straight into the absolutely rotten stereotype of women against women. So much for the movie’s initial emphasis on sisterhood.

For all the disappointment, Thor: Love and Thunder does come through at certain points. The dialogue is (mostly) stamped with the classic Waititi wit and occasionally sparkles with mischief.

Although the final confrontation scenes look like you told your friend to copy your homework but change it up a little -- the homework here being Thor: Ragnarok -- they are nevertheless enjoyable. The battle scenes are classic Marvel and a visual delight. And don’t leave the hall before the mid- and post-credit scenes roll by. The post-credit, especially, is the wholesome ending Waititi is famous for -- an attempted apology for the otherwise blatant disrespect shown to hardcore Marvel fans.