6 songs that will tug at your heartstrings on Independence Day 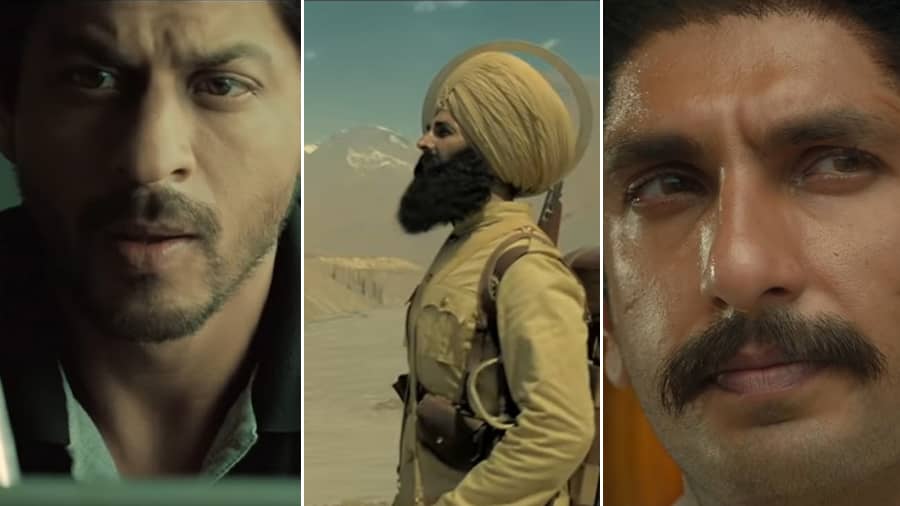 Teri Mitti from Anurag Singh’s film, Kesari, narrates the story of the Battle of Saragarhi, where 21 Sikh soldiers fought till their last breath against 10,000 Afghan invaders in 1897. Featuring Akshay Kumar, it is a motivational track with beautiful lyrics, sung by B Praak and composed by music producer Arko. This is one song that is bound to give you goosebumps.

Composed by Pritam and sung by Arijit Singh, Lehra Do brings out the love and passion that Indians share when it comes to cricket. It’s a situational song in the film 83, directed by Kabir Khan, when we see Team India losing two matches in the 1983 World Cup, and both the players and supporters are heartbroken. But captain Kapil Dev motivates everyone to fight and create history.The scene where the Indian cricket team sits in the bus looking at a kid holding the national flag, with tears in their eyes, exudes a sense of pride.

It’s been 15 years since Chak De! India released but the film still manages to tug at the heartstrings. The title track of the film Chak De!, sung by Sukhwinder Singh and composed by Salim-Sulaiman, is a song of perseverance and winning against all odds. The film sees Shah Rukh Khan as the coach of the Indian women’s hockey team training a bunch of young girls with their eyes set on bringing the hockey World Cup home.

Mann Bharryaa 2.0 from the 2021 release, Shershaah, is a tear-jerker. Sung by B Praak, this song manages to encapsulate every emotion felt by the family of an Indian soldier. The track conveys what the family and comrades of martyr Captain Vikram Batra (played by Sidharth Malhotra) go through as they remember the son and the officer who laid down his life for the country.

Inspirational songs and sports biographies go hand in hand. Salaam India from Priyanka Chopra-starrer Mary Kom is one such song that instills courage and determination to move ahead in life. The track, which captures Mary Kom’s journey as a boxer, shows the kind of effort that Priyanka had put in to play this character.

Quite different from most patriotic songs, this rendition of the age-old Vande Mataram mixes modern hip hop with the soulful lyrics of the song composed by Bankim Chandra Chattopadhyay. In ABCD2, directed by Remo D’Souza, the song plays in the background as an underdog dance group delivers a breathtaking performance on stage as part of a competition, with Varun Dhawan and Shraddha Kapoor in the lead and Prabhu Deva as their mentor.