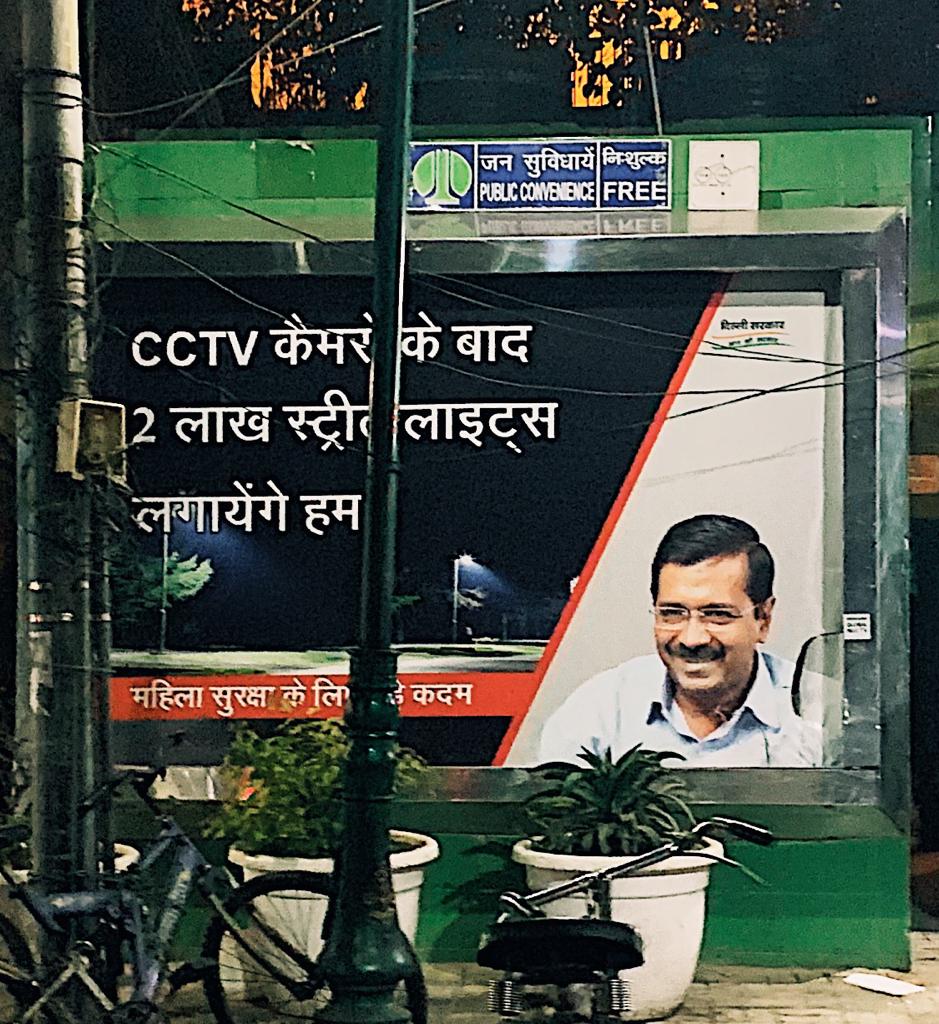 Voting has begun. There will be one victor and one vanquished when the Delhi election results are announced on Tuesday, February 11. Modi has staked his own prestige and entered the battle and home minister Amit Shah was on the road till the very last moment when campaigning closed. In short, the BJP has thrown everything but the kitchen sink into the battle.

The fight has all the elements of a David-and-Goliath contest. Kejriwal has only limited powers in his own city; Modi is the all-powerful Prime Minister who after almost six years in power, still commands the faith of the electorate.

But the polls all predict the Delhi chief minister will win this scrap hands down, despite the fact that the BJP has waged an election campaign that for sheer viciousness, has crossed all previous bounds.

Kejriwal, though, is a street fighter and one who’s taken the higher road in his campaign. Even given the fact, he’s got little more than the authority of a city mayor, he’s used it to maximum impact, focusing on building schools and offering better health facilities. He’s pointed to those achievements relentlessly, even when the BJP was screaming itself hoarse about anti-nationals and the tukde-tukde gang.

Kejriwal finally hit back in newspaper interviews, saying: “Is educating children (deshbhakti) or is stressing on the Hindu-Muslim debate?”

And it’s a measure of Kejriwal’s standing that he’s able to slam back at the BJP’s nationalist credentials and claim he’s the better patriot.

Kejriwal’s also the only credible opponent who has the appetite to take on the BJP and whose party has mastered modern campaigning techniques and can match it meme for meme and video for video. It’s even got a catchier election song.

No other political party, from the Congress to the Samajwadi Party, the DMK or even C. Chandrababu Naidu’s supposedly tech-savvy Telugu Desam Party, has figured out how to bring technology to electioneering like the AAP and BJP. That credit goes to campaign guru Prashant Kishor-led political consultancy firm I-PAC which the AAP brought in to help manage the campaign. Kishor dreamed up the AAP’s campaign slogan “Achhe Beete Paanch Saal, Lage Raho Kejriwal'' (the last five years went well, carry on Kejriwal). Kishor who came to national prominence after creating the BJP’s successful 2014 Lok Sabha campaign, offers sophisticated software to ensure that door-to-door campaigning goes without a hitch and it also has strong rally management skills.

Kejriwal has publicised his government’s accomplishments relentlessly. Don’t forget that Kejriwal is squeezed between two inimical forces: first, the Delhi lieutenant governor controls the police and reports directly to home minister Amit Shah. Secondly, Delhi’s BJP-controlled municipal corporations which are in charge of many city utilities.

How does this affect Kejriwal? He’s often blamed for law-and-order issues and even for the fact that women still feel unsafe in the city. Instead of saying that he doesn’t control the police, Kejriwal has pointed to the surveillance cameras he has had put up in the city. In one campaign street-scene meme, a guy passes a a remark to a woman who turns, smiles and then points at the surveillance camera above.

Kejriwal’s efforts to expand out of Delhi have so far had very limited success. The party’s grabbed some seats in Punjab but was a total failure in Bangalore, where it had expected to attract votes from the city’s young techie community. In Madhya Pradesh, too, the party drew a blank last December. Most crucially, AAP was not able to win a single Delhi seat during the general elections.

Interestingly, even though Delhi is a giant metropolis, caste politics still appears to play a crucial role. The upper castes stay with the BJP, and AAP depends strongly on the Dalits and Muslims who once voted for the Congress. The Congress, which ruled for almost 15 years under Sheila Dikshit, has ceased to be a force in the city.

Some commentators believe that if he wins Delhi again, Kejriwal will hand over the chief ministership to his Number Two, Manish Sisodia, and focus on expanding the party out of Delhi. That’s a strong potential threat to the BJP that it wants to nip in the bud.

No wonder, the BJP has been so vicious. Its Delhi MP Parvesh Sahib Singh Verma was temporarily banned from campaigning after making the incendiary claim that the people who gathered in Shaheen Bagh would “enter your houses, rape your sisters and daughters, kill them.”

A few days later Verma was chosen by the BJP leadership to move the motion of thanks to the President in Parliament –- showing he’s very much in favour with the party’s top brass.

Similarly, Anurag Thakur was also banned from campaigning after saying, “desh ke gaddaro ko.....” (shoot the traitors of the country) and the crowd dutifully chanted: “goli maaron sa**n ko”. He was chosen to speak during the Budget debate.

By contrast, Kejriwal has certainly undergone a remarkable transformation in recent months. The street fighter who slept on the pavement outside the railway ministry has been replaced by a savvy politician who chooses his battles.

He has stayed away from Shaheen Bagh but commented in an interview just before election campaigning ended that the road was being closed by Delhi Police and not the demonstrators.

For the BJP, there’s a lot at stake. If it loses this contest, it will be its sixth defeat in a row and will be another sign that Modi isn’t invincible despite his back-to-back general election sweep. The BJP was weakened by losing the states and that’s been on display, particularly after CAA demonstrations began taking place around the country. Defeat in Delhi would also be a demonstration that hate-filled campaigns don’t always win the day.