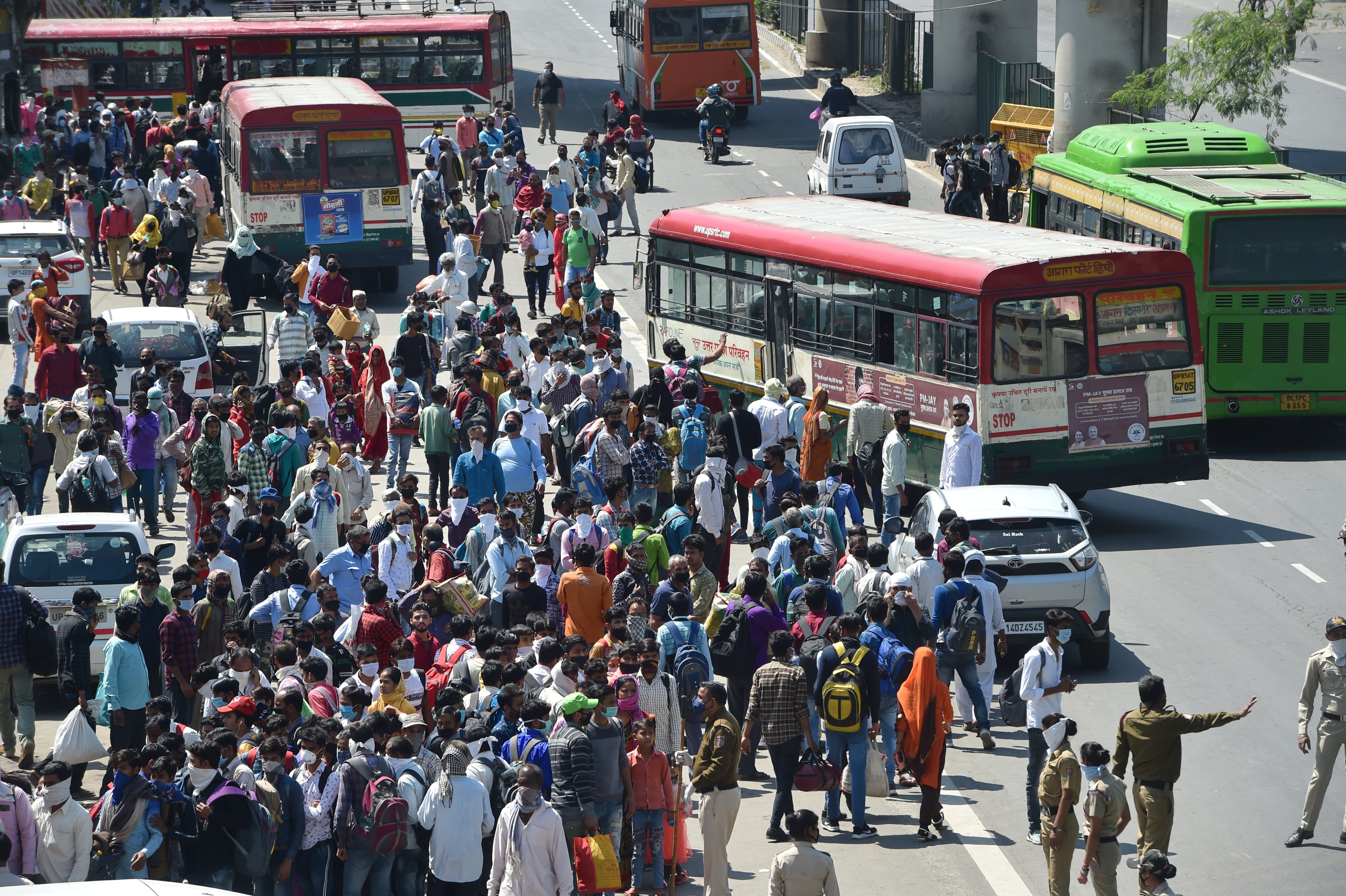 Thousands of daily wage workers and labourers thronged the Delhi-Uttar Pradesh border on Saturday, hoping to reach their hometowns and villages. After the central government imposed a 21-day lockdown, most of them lost employment and lodging. With no income and nowhere to stay they have no option but to brave the Covid-19 epidemic and try to return home.

People, including women and children, some wearing masks, most carrying bags and luggage, waited in long queues to board buses at the Anand Vihar Interstate Bus Terminal in Delhi.

The Uttar Pradesh government announced earlier that it has arranged 1,000 buses to transport migrant labourers stranded in the border districts owing to the countywide lockdown. The Delhi government also announced 100 buses for those trying to reach their homes in other states on foot.

Many struggled to board the buses packed to the hilt. The police also made people de-board overcrowded buses to avoid the spread of the infection. Some good Samaritans were spotted distributing food to those preparing for their journeys.

On Tuesday, Prime Minister Narendra Modi announced a nation-wide lockdown from March 25 following which all services road, rail and air transport were suspended. Daily wage workers were among the worst hit by the lockdown and thousands started heading back home in different states. In the absence of availability of transportation, a large number of them began long journeys on foot.

Jwatam Kumar, 24, worked in a faucet factory. His unit has been shut due to the lockdown. He gets paid Rs 8,000 a month on a fortnightly basis. With no means of making a living and paying for food and accommodation, he decided to return home in Aligarh.

'I had made up my mind to walk back, but now I heard through news channels that Uttar Pradesh government has made provision of taking people to their homes. So, I will take the bus,' said Kumar, who was headed to Anand Vihar ISBT.

Sachin Kanojia, 29, took a shared auto-rickshaw from Rohtak to Delhi for Rs 500 a seat. His factory shut due to the lockdown. Kanojia earns Rs 10-12,000 per month, but is now out of income for the next three weeks. 'I will get a bus from Anand Vihar for Lucknoq,' he said.

Omkar Maurya was headed home to Amethi. Maurya works as a daily wage worker putting up tents for marriage ceremonies. He barely has any money in his pocket. 'Now that there are bus services, it is good that I go back home till the situation becomes normal,' he said. 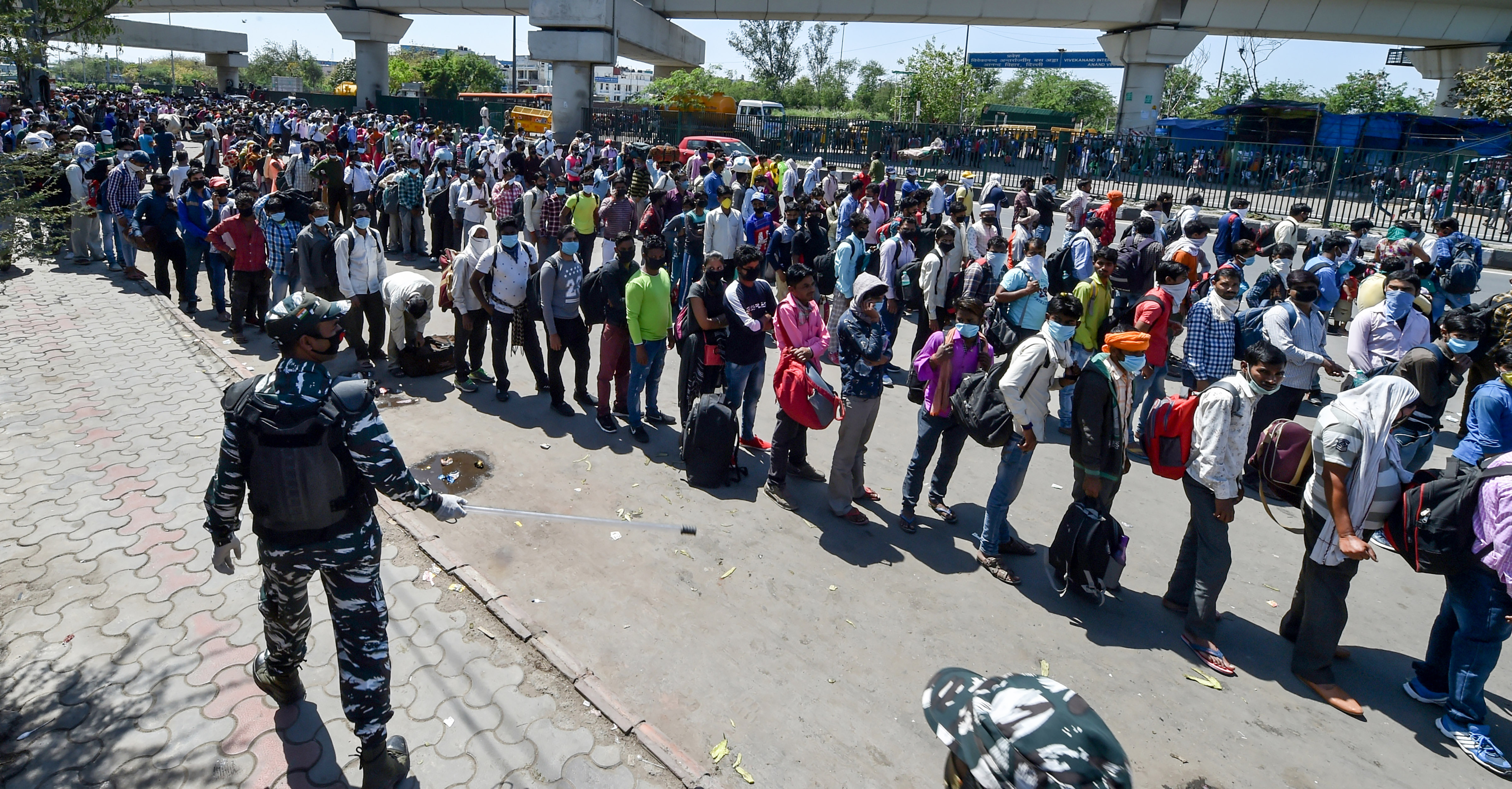