What kills our farmers?

Year upon year of indifference 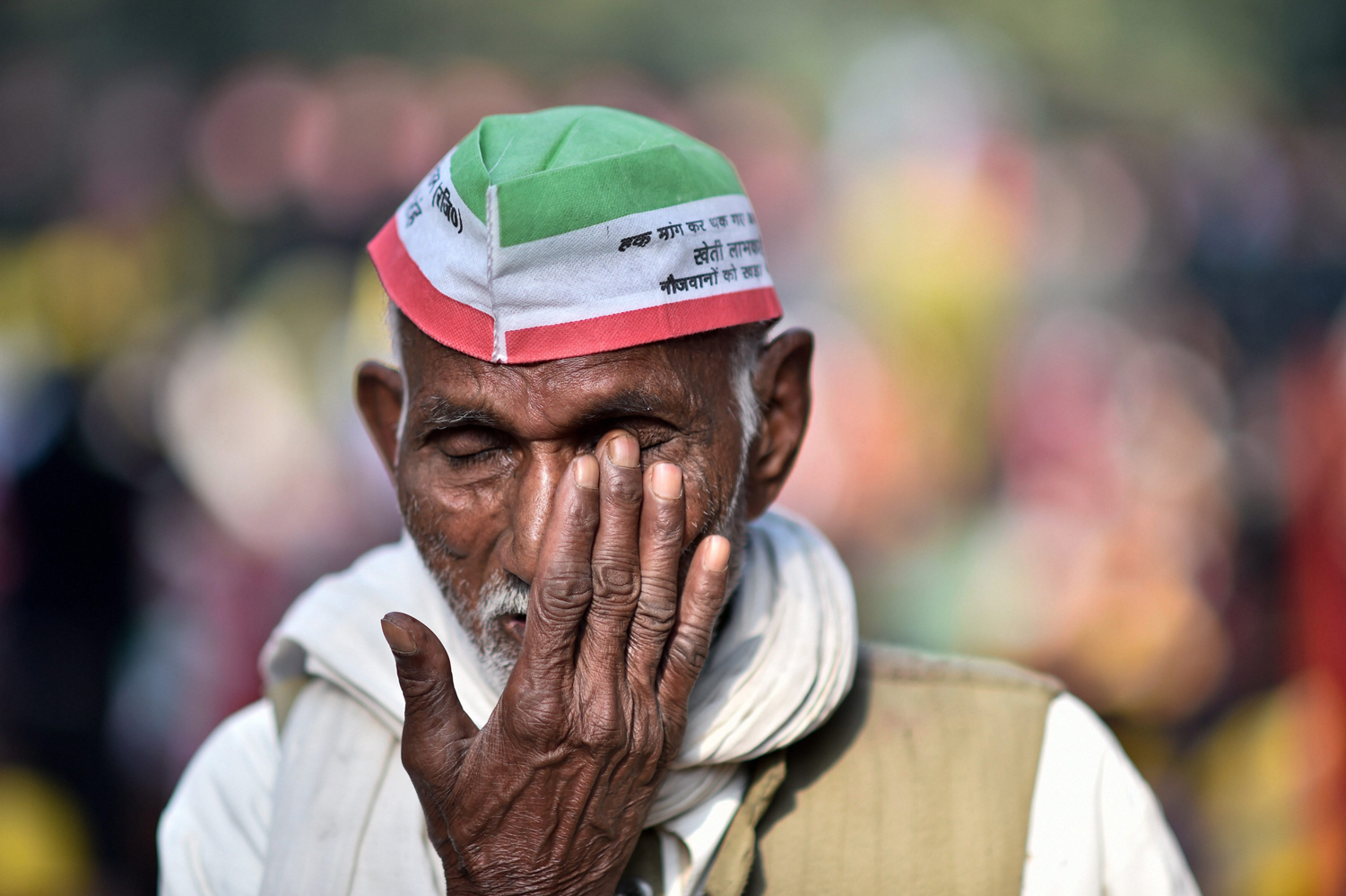 A portrait of a participating farmer in the Kisan Mukti March, in New Delhi, Friday, Nov. 30, 2018. Farmers from 24 states have joined the protest to press for their demands, including debt relief and remunerative prices for their produce.
PTI Photo
Upala Sen   |   Published 01.12.18, 05:47 PM

Farms And The Man

Watching the protesting farmers from different parts of the country congregate at Delhi’s Ramlila Maidan, that old slogan came to mind — Jai Jawan, Jai Kisan. Prime Minister of India, Lal Bahadur Shastri, had raised it on these very grounds nearly 50 years ago. The immediate context had been the India-Pakistan war. The country was also experiencing terrible food shortage. In a broadcast to the nation in October 1965, Shastri said, “We in India are passing through a difficult period in our history...The fields at home are no less important than fields in forward areas. The men in arms have to be supported by the men on farms.” That same year, in yet another speech, Shastri iterated and explained the slogan he had raised. He said: “Food self-sufficiency is as important as a strong defence system...The kisan is as much a soldier as the jawan.” As this crisis was brewing, Shastri had to leave for Cairo to attend the first summit of the Arab League. The PM said in his address to the nation: “Even from afar, my thoughts will be with this country...” These days people just up and leave.

The Indian government has not published data on farmer suicides since 2015, but we know that between 1998 and today, thousands have died. Among other things they are demanding a joint session of Parliament to discuss the agrarian crisis. Government indifference and callous policy are killing our farmers, but who drove them out of the dreamscape of modern India? Shastri had inspired actor Manoj Kumar to make Upkar, a film on the peasant hero. In his book Everybody Wants A Hit, Derek Bose writes how the script was written onboard a train as Kumar was returning to Bombay from Delhi. There had been a screening of his film Shaheed and thereafter, a breakfast meeting with Shastri. The kisan protagonist of Upkar was initially called Ram, but Bose writes: “…on second thoughts, Kumar changed the character to Bharat as a ‘godly name’ could carry communal overtones.” Last week, the farmers cried, “Ayodhya nahi, karz maafi chahiye.”

Do cry for us Argentina

In the 1950s and 60s, popular culture would foreground the farmer’s place in Indian life. In pre cable, pre pre pre Netflix times, Krishi Darshan may not have been exactly scintillating TV content, but beyond utility to some, it was also a constant reminder to all of urban India that the farmer existed and he mattered. In the 1980s, activist and farmer Sharad Joshi coined the slogan: Bharat against India. He explained in an interview, “The real contradiction is not in the village, not between big peasants and small, not between landowners and landless, but between agragrian population as a whole and the rest of society.” Last week, in far away Argentina, PM Modi spoke about how yoga is India’s greatest gift to the world. In 2017, India's agricultural exports amounted to $33.87 billion, 10.5 per cent of the country’s total exports. We have no figures for yoga though.