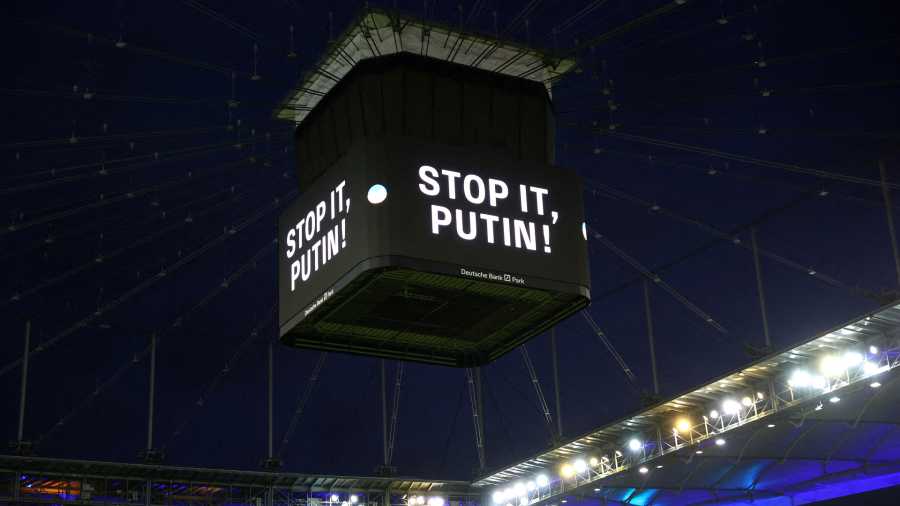 Garry Kasparov’s anger and frustration could be gauged from this tweet from March 3. The Russian chess legend and staunch critic of Russian President Vladimir Putin wrote, “There is no waiting this out. This isn’t chess; there’s no draw, no stalemate. Either Putin destroys Ukraine and eventually hits Nato with an even greater catastrophe, or Putin falls in Russia. He cannot be stopped with weakness.”

Yes, Putin cannot be stopped with weakness. So as Ukraine grapples with Russia’s war machine and Nato weighs its options, sport has become the platform of giving it back. And Putin, who till yesterday had the International Olympic Committee (IOC) and Fifa in his pocket courtesy his crony oligarchs, finds his country hit by sanctions.

When Fifa, the international governing body of football, declared on February 27 its decision not to suspend Russia, it drew widespread criticism from European countries. It had to backtrack and ban Russia the next day following IOC recommendations. Fifa went a step further on March 8, when it awarded Poland a bye through its playoff semi-final against Russia scheduled for March 24. That decision, however, will be tested by Russia at the Court of Arbitration for Sport.

Until now, as many as 29 world sports associations have suspended Russia and Belarus, which has been dubbed the “other aggressor in this war”. Russian and Belarusian athletes were not allowed to participate in the Winter Paralympics in Beijing. The International Judo Federation (IJF) cancelled the Grand Slam in Kazan and also suspended Putin’s status as honorary president and ambassador of the IJF.

Stadiums across Europe are unfurling Ukraine’s national flag in serial acts of solidarity. Show of support for Ukraine was visible at all English Premier League games between March 5 and 7 though the matches were promptly blacked out in China. To support Ukrainian tennis superstar Elina Svitolina’s drive to provide humanitarian aid to her country’s refugees, doubles legends Bob and Mike Bryan are to launch a “Racquets for Refugees” auction. Pressure and fear of sanctions forced Russian billionaire Roman Abramovich to put up for sale Chelsea, the blue-chip English football club he owns. “High bloody time,” British writer John Carlin tells The Telegraph from Barcelona. Since then though Abramovich’s assets have been frozen.

That sport is being used as a tool to collar, if not contain, Putin doesn’t surprise Carlin, whose book Playing The Enemy on South Africa’s 1995 Rugby World Cup triumph was adapted by Clint Eastwood for the 2009 film Invictus.

During the Davis Cup tournament in Espoo, Finland
Twitter/ @gerlod

Carlin’s email reads: “Sport reaches the hearts of people, bypassing the brain, and as such it can be used as an instrument of political persuasion. Countless examples exist of sports being used to promote political agendas, for good or for ill. The 20th century’s two extremes are the 1936 Olympic Games, used by Hitler to try (not too successfully thanks to Jesse Owens) to exalt his notion of Aryan racial superiority; and the 1995 Rugby World Cup in South Africa, used by Nelson Mandela to unite a racially divided nation. The US and the Soviet Union deployed Olympic Games boycotts in their Cold War offensives. The Argentine military in the 1978 World Cup... As long as sports serve as territory to push political outcomes, they will be used accordingly.”

Five-time world chess champion Viswanathan Anand agrees. He says, “Russia is a strong sporting nation... It is also a strong state armed with nuclear warheads. It’s not prudent to go for a war against Russia at this point. The best way is to put sanctions on them not just in sport, but art, culture and financial.”

Chess is one sport where Indians have close friends in Russia as well as Ukraine. “A war can be felt at the macro and micro levels. So when (former world champion) Ruslan Ponomariov tells you he doesn’t know how to move his parents from Ukraine to Spain, your heart bleeds. When (Pavel) Eljanov and Anna (Muzychuk), both Ukrainian Grandmasters, say they will give the last drop of their blood to stop the Russians, you feel helpless. They are close friends,” says Calcutta Grandmaster Surya Sekhar Ganguly.

Anand adds, “There are heart-warming tales such as Anwesh Upadhyaya (Indian chess player) managing to leave Kyiv but these pale when your Ukrainian friends tell you about their sufferings.”

The chess fraternity has been quite vocal against Russia. Top players from the country appealed to Putin directly to stop the war. In an open letter, many highly-decorated players said what was happening was “unbearably painful”. Among the 32 signatories were Russia’s Ian Nepomniachtchi, women’s world rapid champion Alexandra Kosteniuk, Daniil Dubov, Peter Svidler, Andrey Esipenko, Alexander Khalifman, Valentina Gunina, Alina Kashlinskaya and Polina Shuvalova. Sergey Karjakin put out a statement in support of Putin and has subsequently been banned by the leading organisers of the game.

In the 1970s and 80s, South Africa were not allowed to participate in any major tournaments because apartheid was a state policy. “The same principle applies here,” says Carlin. “The underlying message is: behave, change your regime, join the civilised world and we’ll accept you back into the World Cup, Champions League, Formula One, etc. with open arms,” he reasons.

Not everyone agrees with this proxy war though. Mohammedan Sporting’s coach Andrey Chernyshov, the only Russian in Indian football right now, says, “I am very disappointed with this Fifa decision. I’ve always believed that sport, football, especially, should be out of politics. Politicians should solve their problems and footballers continue to play.”

Ganguly says, “Many Russian chess players are telling me about their sufferings. They are at the receiving end for someone else’s megalomania. Suppose there is some sanction on India and talented young Grandmasters like (Rameshbabu) Praggnanandhaa, (Dommaraju) Gukesh and Nihal (Sarin) bear the brunt?”

Carlin feels that’s par for the course. “A message has to be sent to the Russian people, bypassing the news censorship inside their country. Putin’s war will cause them pain, converting them into the pariahs of the world, the new North Korea.”

Clutching at cricket to survive war