The melting pot of Melbourne

Home to AC/DC, the Australian Open and the majestic Melbourne Cricket Ground, Melbourne had me at get go 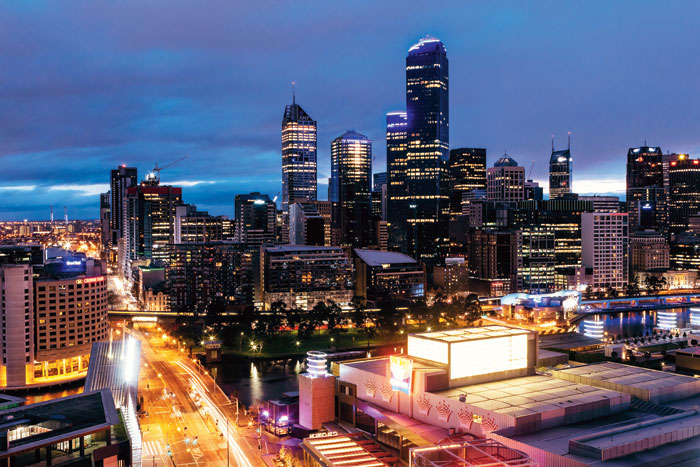 From the moment I stepped off my swank Singapore Airlines flight and got my first introduction to the street art-loving city (with street art panels at sections of the airport as well!), there was a buzz in the crisp, cold Melbourne air as almost everyone talked about the possibility of Ash Barty making it to #1 in the WTA rankings, becoming the first from Australia to do so since Evonne Goolagong Cawley back in 1976. The buzz was so palpable in the city that me, your intrepid Indian traveller with no stakes in it whatsoever, also caught on to it and rejoiced when Barty did manage to achieve that feat, later during my trip. After all, it is this spirit of bonhomie over art, sports and cosmopolitanism that best defines the city of Melbourne, hailed as the cultural capital of Australia.

Home to AC/DC, the Australian Open and the majestic Melbourne Cricket Ground, Melbourne had me at get go. My trip to the country was during their peak winter in June and the best way to manoeuvre this is by bundling up in stylish layers and warming up with coffee, which will also be some of the best you have tasted in the whole wide world! 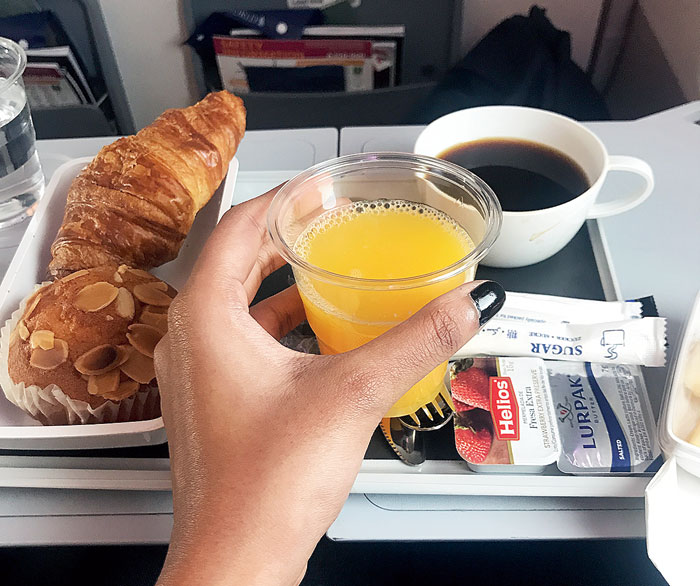 To and from Melbourne: We opted for a Singapore Airlines flight with a connection in Singapore, which offers the fastest flying time. Their premium economy seats (with extra leg-space, footboards, and charging ports), a special menu of gourmet in-flight meals (I am talking grilled fish, croissants and gourmet ice cream!), amazing tipple selection and top-notch entertainment options (with good headphones) are a win-win for the journey.

Duration: While our journey to Melbourne took us around 13 hours, with a one-hour layover in Singapore, our return journey took us about 19 hours due to a longer layover.

Winter temperatures: Chilly with rain and sunshine in the same day, 5oC to 15oC

City accommodation: While we stayed at the star hotel Novotel Melbourne Central on our first night, we booked into a boutique hotel, the spunky Ovolo Laneways, for the last leg. While the former gets full marks for location, the latter is packed with character (and Alexa!) and has its own radio station with a playlist featuring the likes of David Bowie to Def Leppard! 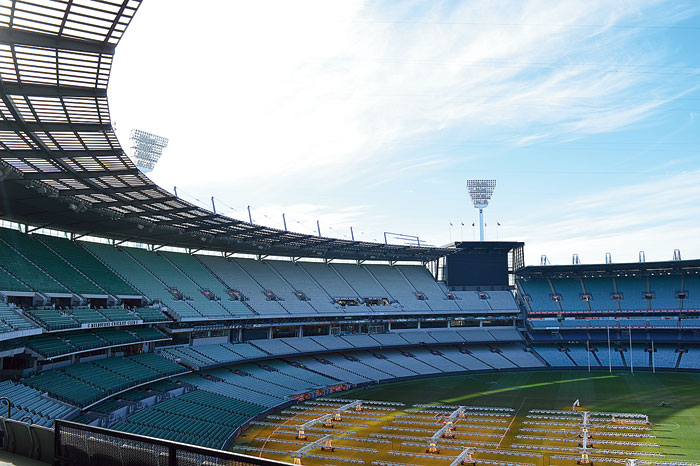 We made an early start for the Melbourne Cricket Ground (MCG) during out last leg in the city. Having grown up in a sports-loving family, many of my afternoons were spent watching The Ashes played out at the MCG — “When there’s good cricket on, you must watch it, irrespective of who is playing”, were my grandmother’s wise words to a pre-teenaged me. And so I did. David, our guide, was part of the famed Melbourne Cricket Club and the robust volunteering programmes that the state of Victoria is home to. From his cheery striped navy blue and red jacket to his badges and his demeanour, his sense of pride in the MCG and the task he volunteered for were evident and heartfelt.

The MCG — or the ’G as the locals call it — was built in 1853 and since then has seen countless renovations and is always prim and ready. From cricket to football and even concerts, MCG has been there, done that, as it is not only the birthplace of Test cricket but also of the One-day format of the sport. Yes, it is obvious that the MCG is replete with references to The Don (Don Bradman), but the many pictures and mentions of our Master Blaster (Sachin Tendulkar) at unsuspecting turns serve as a pleasant surprise for an Indian visitor.

The National Sports Museum housed in the basement is a must for those visiting the grounds as it houses more than 3,500 objects across different disciplines, including the Hall of Fame. A separate section is dedicated to football but what we loved trying our hand (or rather foot) at is the interactive gaming zones featuring football, basketball, cricket and even the bow and the arrow.

Fun fact: Despite the size of the ground, the MCG tries to be as sustainable as possible by using treated water on the grounds and turning the waste food from its many pubs and eateries into fertilisers. The MCG also houses the second-largest commercial kitchen in Australia, which comes in handy during events. 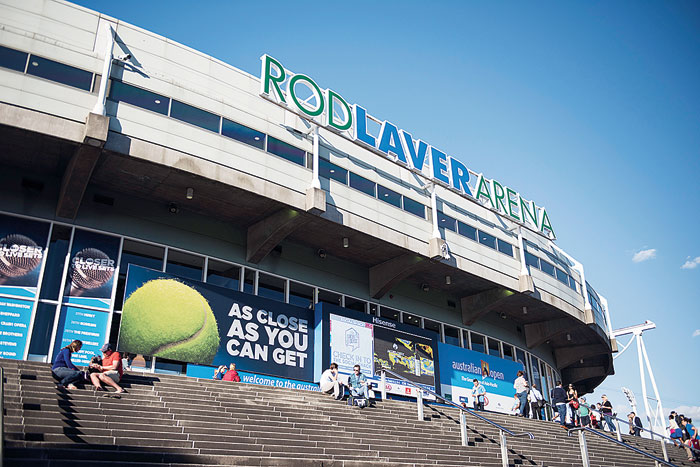 Having been in love with tennis ever since I was a kid, I could possibly not return from Melbourne without swinging by the Rod Laver Arena and the Margaret Court Arena. Home to the Australian Open — the first Grand Slam of the calendar year — both the arenas serve as central courts for the annual tennis spectacle. Run and managed by Tennis Australia, both the arenas are also used for sports such as basketball and ballet and are let out for concerts, with Justin Timberlake and Pink having played headlining acts there.

The amazing Andrew from Tennis Australia showed us around a bunch of hard courts — or the Tennis HQ, as he called it — which serve as practice courts during the Grand Slam, before walking us over to the two arenas. “You look like a Roger Federer fan! Aren’t you one?” — was the first thing that Andrew said to me and I am still raking my head over what gave that away!

Though guided tours are available for both, it’s advisable to check their availability beforehand as the calendar of events and renovation dictate their schedules. Though Rod Laver Arena was off the cards due to a round of renovation, Andrew more than made up for it by walking us through Margaret Court Arena, starting from the driveways to the player’s lounge — and anyone who follows tennis knows that that is where Rafael Nadal warms up! Safe to say, the souvenir shop there was where most of my money was spent. 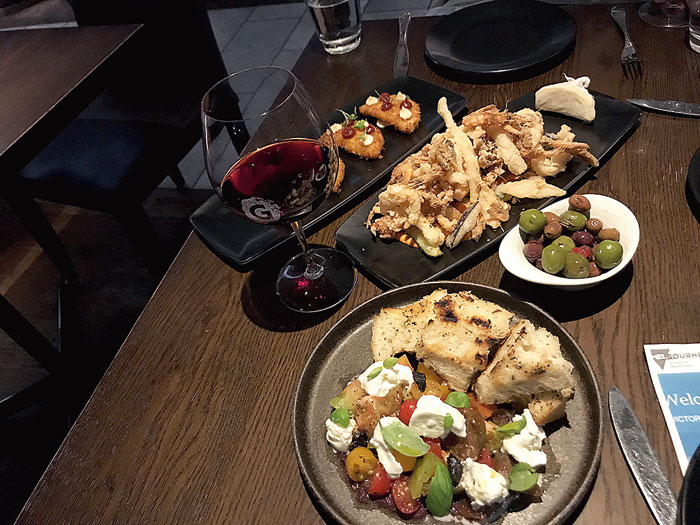 On our first night in Melbourne, we decided to keep it easy and swing by the sprawling Crown Entertainment Complex. Located on the bank of the Yarra River, this houses the top luxury shopping brands, accommodation and some of the best dining options you’ll find. So our quest of finding everything under the same roof was answered and how! We were tired after travelling and what better than indulging in good food and copious amounts of it? We chose the famed Italian 400 Gradi for our first dinner in Melbourne and ended up ordering a little of everything — from a seafood platter to pickled olives, all washed down with some excellent red. Light chatter over the busy humdrum of the restaurant, coupled with the flames that go off at intervals at the promenade served as the perfect backdrop for our first night to close on a happy note.

Fun fact: The screwtop bottles that wine lovers all over the world love unscrewing as an important ritual of wine drinking originated in Australia. 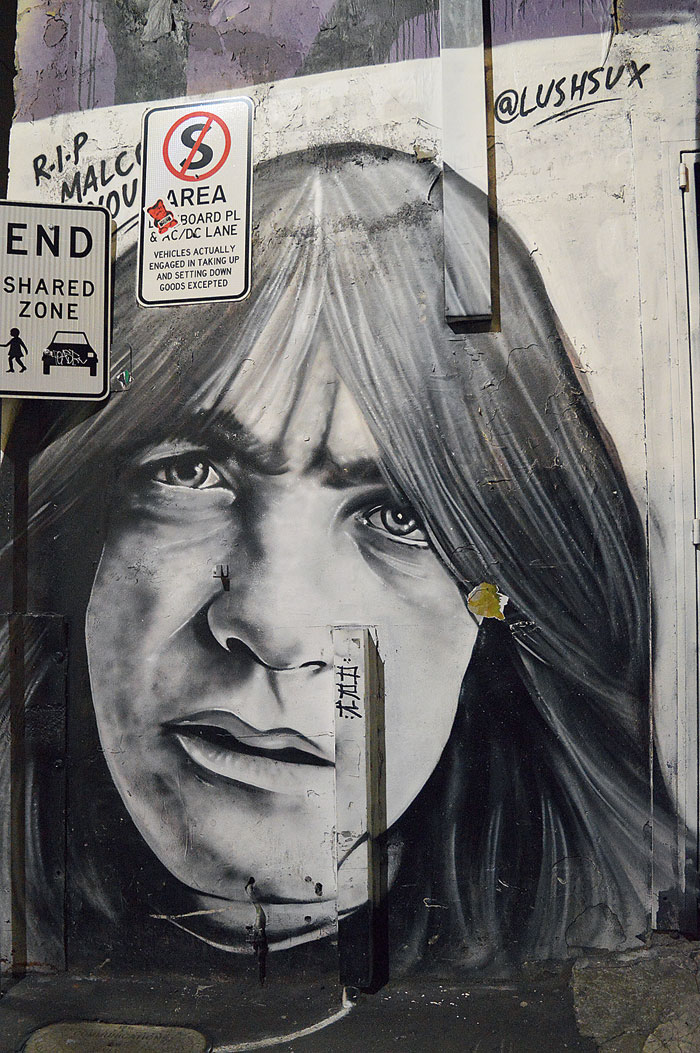 True, Melbourne has art peaking out of every nook and cranny but to experience it best, one must check out Hosier Lane and AC/DC Lane. With a rapper beat-boxing with his boom box to foreigners getting clicked against the colourful backdrop, this lane is full of surprises. From colourful murals to spray-painted graffiti, feminist messages and even lyrics, this lane is the heart of the urban street art culture of the city. And if you’re lucky like us, you might also catch a filmi Indian pre-wedding shoot unfolding on the cobbled lane with an artist readying a new piece of art right behind you!

The AC/DC Lane cannot be described better than a local artistic tribute to the Melbourne-bred band. From a black-and-white Malcolm Young stencilled art piece to more colourful, elaborate affairs, this lane is surely a highway to heaven for the Highway to Hell band’s fans!

Additionally, both the lanes are located centrally and are surrounded by bars and restaurants, so a trip to either lane can simply be topped off with a stiff drink and some tapas. 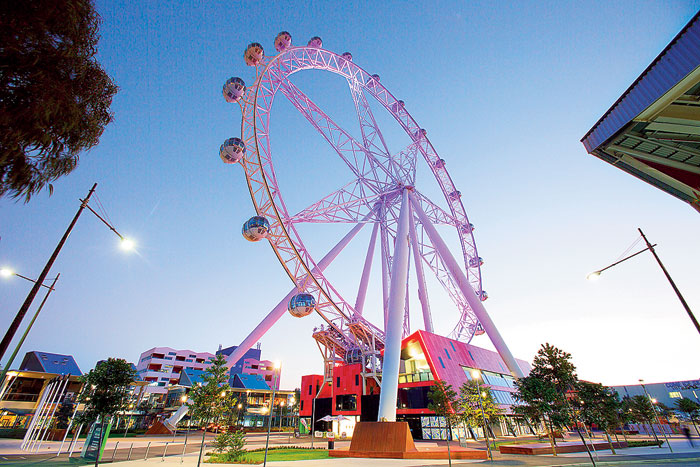 Best reserved for the last night, like we did, the Melbourne Star was the perfect curtain call as we had an exclusive cabin to ourselves, stocked with delish macaroons, chocolates and wine, while we enjoyed a panoramic view of the city from 120m up in the air. The Melbourne Star is a Ferris wheel with seven spokes, modelled on the Australia flag, with glass-encased capsules, that takes about 30 minutes for one rotation. With an unparalleled view of the city and an exclusive experience, the capsules are available for both private as well as shared (ticketed) rides. We highly recommend exclusive booking for a romantic last drink in Melbourne! 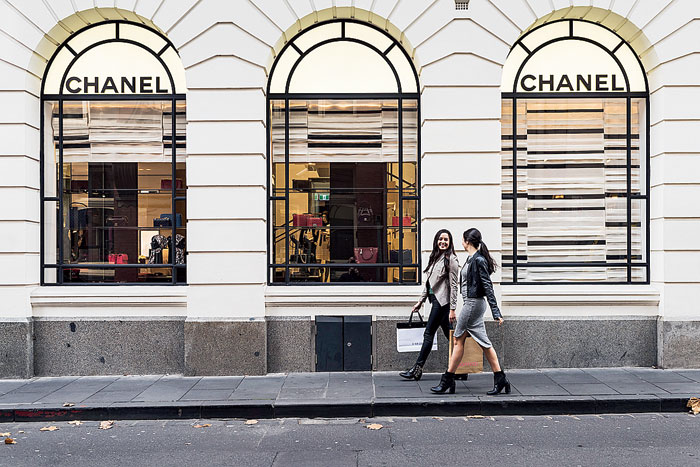 Down under in Western Australia

Style and the city

Melbourne, with its cultural diversity, is a hotbed of style and therefore, a dream-come-true for a shopaholic. Though I visited the city in winter, I cannot emphasise enough on the need to layer up as the city’s weather is quite fickle — like they say, you could experience four kinds of weather in one day in Melbourne! Walking down the streets is the best way to not only see the city but to also style-gaze. Overcoats and leather jackets in a range of dark and nude tones and boots seemed to be the unanimous accessories of choice. But given the diversity of the city, don’t be afraid to wrap your pashmina around your neck, instead of a western woolly as you’ll still fit in seamlessly!

Shopping venues are abundant and as you walk across the city, the price and brands tend to vary depending on the block you’re in. From luxury brands on Collins Street to more affordable shopping on Bourke Street, the city has something for everyone. But for memorabilia shopping, it’s best to swing by tiny corner shops instead of labels, of course.

1. Chinatown, the ethnic Chinese conclave in the city, is a sensory delight with its neon lights, Chinese lanterns and a zillion small eateries.

2. One cannot insist enough on walking being the best mode of transport within the city precinct because then you get to stumble upon gems such as this speakeasy bar.

3. A trip to Melbourne is incomplete without taking a spin in these trams, with a portion of the routes offering free transport as well. What’s better? The newer trams are equipped to be disabled-friendly. This picturesque tram route is on Collins Street where you can hop off and do some shopping!

4. For our last dinner, we tucked into Trunk in the Central Business District where we dined on scallops in a rich marinara, some amazing bread dipped generously in olive oil and a lot of wine. The restro-bar with its fairy lights, al fresco seating option, a long bar seating inside and central location was perfect for the last meal in the city.

5. Degraves Street is a vertical lane full of al fresco seating with some of the cosiest cafes in town. We took a break from the fancy restaurants and enjoyed an outdoor meal under the heating lamps of Degraves Espresso Bar.