Sao Paulo’s Avenida Paulista: Closed to traffic but open to music and dance

Shaking a leg on Sundays 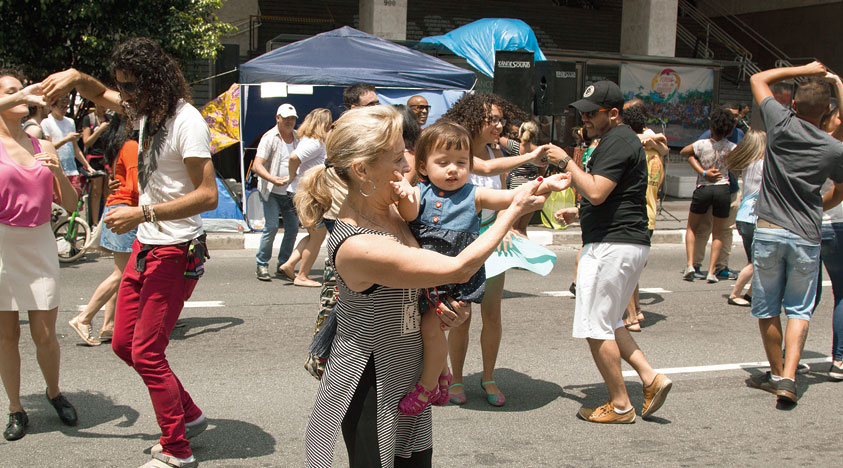 Ever heard of an entire street that puts on dancing shoes and, that too, for a whole day every Sunday? No? Neither did I until I came to Sao Paulo (of course, in a totally different world much before the pandemic struck us). Yes, Brazil, where else can you expect such music mania? I was in Sao Paulo for a month on an academic assignment and was asking our institute director Professor Berkovitz for suggestions about spending the weekend. He enthusiastically started giving me the low-down on museums, art galleries and other places of interest, but noticing my disappointed look, smiled and mildly said that I might have an afternoon stroll along Avenida (avenue) Paulista on Sunday!

This thoroughfare was right next to the Paulista metro station, from where I used to take the train. It’s about 2.8km long and cuts across the city north-west to south-east. On a normal evening it held no surprise. It was one of the busiest and most important and fashionable upmarket thoroughfares in Sao Paulo, home to many shopping malls, offices, hospitals, a famous art museum, as well as the Indian embassy. 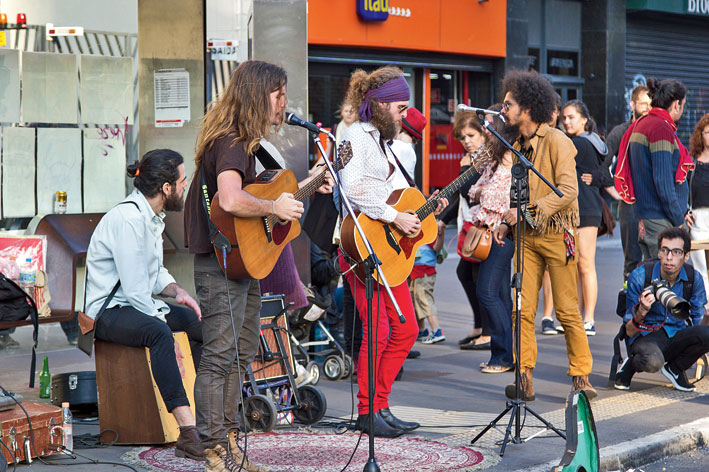 Music was everywhere and the performers were not only accomplished but also ready with things like loudspeakers and the like
Picture: Subir Ghosh
On other days

The avenue was built in 1891 by Joaquim Eugenio de Lima, an Uruguayan-Brazilian civil engineer. It used to have extravagantly ornate mansions with Arabesque and European themes. Around 1950, after a rapid economic expansion in Brazil, these palatial homes were torn down and a vertical expansion of architecture took place.

Today, the street is lined with skyscrapers covered in dark glass that reflect other skyscrapers. Here and there were pavement curio shops with stylish young women chatting and bargaining with the dreadlocked sellers, sometimes a full family, everybody sitting bang on the pavement. 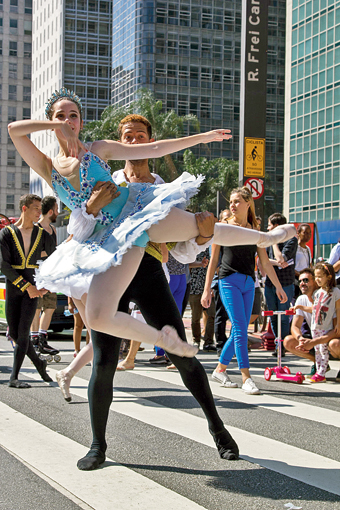 There was a ballet performance happening right in the middle of Avenida Paulista
Picture: Subir Ghosh
Sunday spirit

The coming Sunday saw me braving a slight garoa (a short form of terra del garoa, or a short drizzle  typical of Sao Paulo) and heading to Paulista armed with my camera. In the afternoon the streets were quite empty, there came a rumble like a seaside as I got closer to the avenue that reached a crescendo as I suddenly found myself in the middle of a soccer match right in the middle of the road. Avenida Paulista was completely off limits to vehicles, with the only wheeled traffic being cycles and skateboards. It was chock-a-block with people. 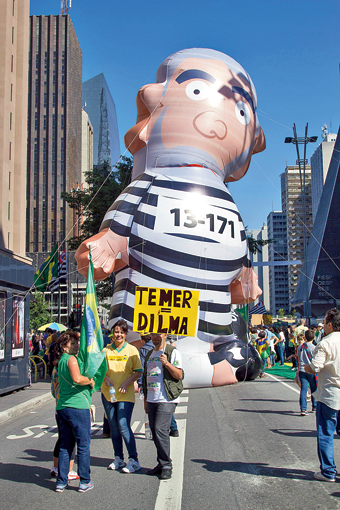 Walking down the street I felt as if I was inside a music channel on TV with all kinds of music being played around me. Sometimes there was only singing by individuals with accompaniment, but mostly with singing, music and the spectators eagerly joining in the song and dance. People of all ages from eight to 80 were singing and dancing.

The performers were quite accomplished too and well prepared with not only musicians such as guitarists, drummers and flutists, but also loudspeakers, electronic gadgets and what have you. At the end of each number the singers were flooded with obrigados (Portuguese for ‘thank you’) and specific requests for the next song. The crowd was very knowledgeable and appreciative. If anybody among them was an expert the others cleared out a space around him or her to give more room to showcase their talent and clapping and egging them on.

Hearing strains of Elvis Presley, I turned around and got rooted on the spot. A man with a big smiling face and a melodious booming voice was belting out popular Elvis numbers from a wheelchair. He had no arms or legs! 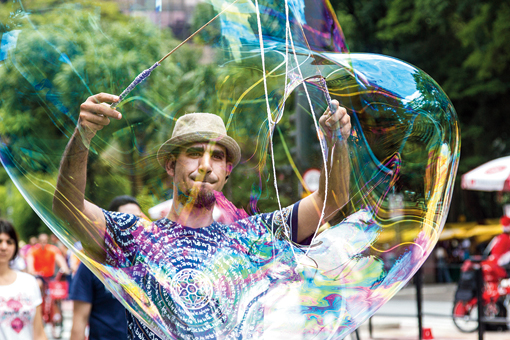 A little further away, the street was transformed to a parade ground of people with painted faces and placards — it was a protest march for LGBT rights. Paulista is a venue for every kind of activity, be it song and dance or protest marches. I came across a rally with gigantic balloon cartoons of popular political leaders floating around. Speakers were railing against financial corruption.

There appeared a long procession of school children, everybody dressed in green costumes supporting environmental issues.

In the middle of all this, a man was coolly blowing tent-sized soap bubbles through which the world looked like a Dali painting.

Indeed, Brazilian soiree is never complete without the samba, a rhythmic and infectious dance form, originally practised by black African people in Brazil. It has similarities with Angolan music and dance and was brought to Brazil around the late Sixteenth century. There was an elevated platform on which distinct styles of samba music and dance from different parts of the country were presented. I could identify a group of ladies from Salvador (Brazil) with their traditional flowing ghagra-like colourful costumes with intricate embroidery designs.

I found myself in front of an approaching ballet troupe with young men and women in proper costumes giving a brilliant street performance. How did they manage to pirouette elegantly on their toes on the hard asphalt road was beyond my imagination.

I was engrossed in photography and found myself at the centre of attraction! Everybody was looking at me expectantly. A lissome lady was coming towards me with a smiling face. Was I going to be asked for a dance? Unfortunately, it was nothing of the kind! The lady was only interested in her photographs!

The sky was getting dark with ominous clouds. Without notice there came a thunderstorm with torrential rain. I was desperately looking for shelter, but the merrymakers were not to be distracted. They started to dance with more vigour, donning light raincoats, bought on the spot, not for keeping themselves dry but more as a style statement.

Eventually, the shower ended. The rain-soaked street and the surrounding atmosphere lit up with a purple hue — a gypsy lady was dancing away like there was no tomorrow with the crowd trying unsuccessfully to keep pace with her. It looked like the rains were trying to cleanse Avenida Paulista of the Sunday madness and getting her ready for the imminent week-long rat race.