The Kite Runner comes to Bombay 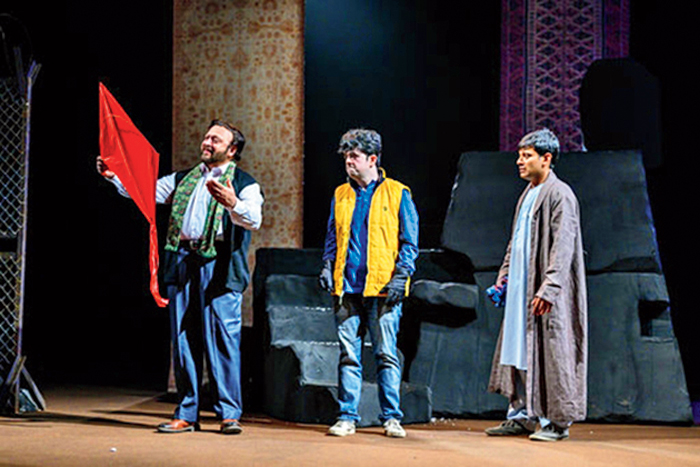 I don’t want to go back to another orphanage,” cries Sohrab, petrified at the thought of being molested again by members of the Taliban who would take their pick of boys from an orphanage in Kabul, where widowed mothers abandoned their sons out of desperation, not being allowed to go out and earn a living.

This, perhaps, is the most moving scene in the play, The Kite Runner, based on Khaled Hosseini’s eponymous bestseller, and staged by Akvarious Productions and D for Drama, as part of Aadyam’s fifth season of theatre in Mumbai. More so now, after peace talks between the Taliban and the United States, which still has 14,000 soldiers on the ground, lie in deadlock.

What will be the plight of orphans like Sohrab in a scenario where the Taliban is cocking a snook, at both, Afghanistan’s elected government and US President Donald Trump? Given the regressive track record of the Taliban, one can only imagine the horrific future that lies in store for women and helpless children if the Taliban’s actions continue, unchecked.

In the Akarsh Khurana-directed Aadyam play, an Afghan driver, Farid, takes Sohrab’s father’s step-brother, Amir, in the summer of 2001, to the orphanage in Kabul, where Sohrab is made to wear bells on his feet and dance for a hoodlum-turned-Talib. Amir and his father had migrated to the US in the 1980s, soon after the Soviet invasion of Afghanistan. Twenty years later, when Amir returns to Kabul, now ruled by the Taliban, he sees carcasses of Soviet tanks on roads where he once flew kites. All the trees are gone. He asks Farid, “Are the Taliban as bad as I hear?” “No, they are worse,” replies Farid bitterly. “After the Russians left, when the Taliban came, we danced on the streets. We thought peace had arrived. But at what price? They don’t let you be human. They banned kite-flying, music, alcohol. Women are forced to wear the burqa. I once saw a Talib beat a woman so hard, her mother’s milk leaked out of her bones.”

Writer Hosseini, who was born in Kabul in 1965, had seen pre-Taliban days. Like his protagonist Amir, his family sought political asylum in the US in 1980. By the time he returned to the land of his birth in 2001, much had changed.

It was such a different Afghanistan that he said he felt like a tourist. Troubled, he began writing. Memories of his childhood, when kite festivals brought entire Kabul together in joyous excitement, booming businesses, the right of girls to study, watching American films in theatres… contrasted with what he saw. The story he wrote emerged as The Kite Runner, a profound depiction of the Afghan story since 1975. 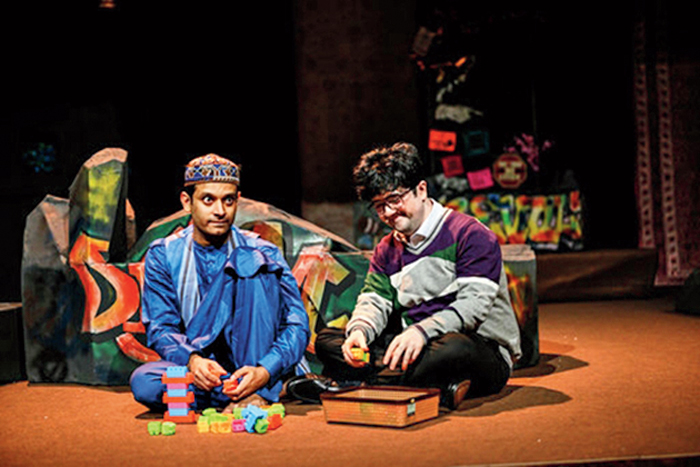 In the Akarsh Khurana-directed Aadyam play, an Afghan driver, Farid, takes Sohrab’s father’s step-brother, Amir, in the summer of 2001, to the orphanage in Kabul, where Sohrab is made to wear bells on his feet and dance for a hoodlum-turned-Talib.
Sourced by The Telegraph

The theatrical version was written by Matthew Spangler after detailed discussions with Hosseini, but, nonetheless, Spangler was well prepared for adverse reactions from those who had read the book. “There is just no way everyone is going to be entirely happy with the adaptation,” he stated in an interview. That’s exactly what happened at the Jamshed Bhabha Theatre in Mumbai. Many who had read Hosseini’s book found the production lacking.

Since I had not read the book, the play did not disappoint, except for some of the performances that didn’t do justice. Otherwise, the layered, poignant human drama that unfolded on stage made the statistics of newspaper reports come disturbingly alive. How many women, I wondered, got widowed with the bomb blast at the wedding, in Kabul, last month? How many children got orphaned and did they, too, land up at an orphanage like Sohrab to become playthings for Taliban forces? When history is seen through the prism of individual lives, its impact can be shattering.

Sohrab and his father Hassan’s stories, both played by Abhishek Saha with wonderful restraint, leaves you moist-eyed and deeply moved. Hassan is the son of Ali, a loyal servant in Amir’s father’s household. Ali and Hassan are Hazaras, a Shia sect, considered lowly by the Sunni Pashtuns. But Amir’s father, a Pashtun and prosperous dealer of carpets, treats Ali like a brother and considers Hassan to be a worthier son than Amir.

Amir and Hassan had taken their baby steps together, the first name that Hassan learnt to utter was that of Amir, Hassan fetched the kites Amir brought down in competitions, running faster than others. Yet, in the social hierarchy, Hassan was always considered inferior and taunted as “a flat nose”. That he was braver than Amir in standing up against bullies like Assef didn’t matter in caste-ridden Afghanistan. With the migration of Amir and his father to California, Hassan carved out a respectable life for himself in Hazarajat, away from Kabul. But after the withdrawal of Soviet tanks, when bullies like Assef donned the garb of the Taliban, Hassan could do little to counter them. Both, his wife and he are dragged out of their house and shot dead. His son, Sohrab, finds himself in an orphanage run by a one-legged Afghan who can do nothing to keep the Taliban out.

Urged by his father’s friend, Amir gets Sohrab out of the orphanage and escapes to Pakistan. But when he applies for an American visa for Sohrab, the immigration authority asks him to produce the death certificates of his parents. The irony of the situation is quite lost on officials going by the rule book. Death certificates of those shot dead by the Taliban? “I am so tired,” cries Sohrab, with heart-rending agony. “I just want my old life back.”

The old life, for the common man in Afghanistan looks like a lost dream. Not just in Afghanistan where Soviets, Americans and the Taliban have run amok, but even in the US where Amir and his father had got asylum in the 1980s. “The world changed on September 11, 2001,” says Amir.

Sohrab eventually makes it to America, but by then shock has made him mute and indifferent to life. Then, one day, Amir flies a kite. As he runs to pick up the kite he has brought down, a tiny, very tiny smile flickers on Sohrab’s face. “When spring comes, the snow melts a little at a time,” he says, hopeful. There is music and celebration on stage.

Artists are the voice of the nation's conscience