Sanjay Garg on his recent collections 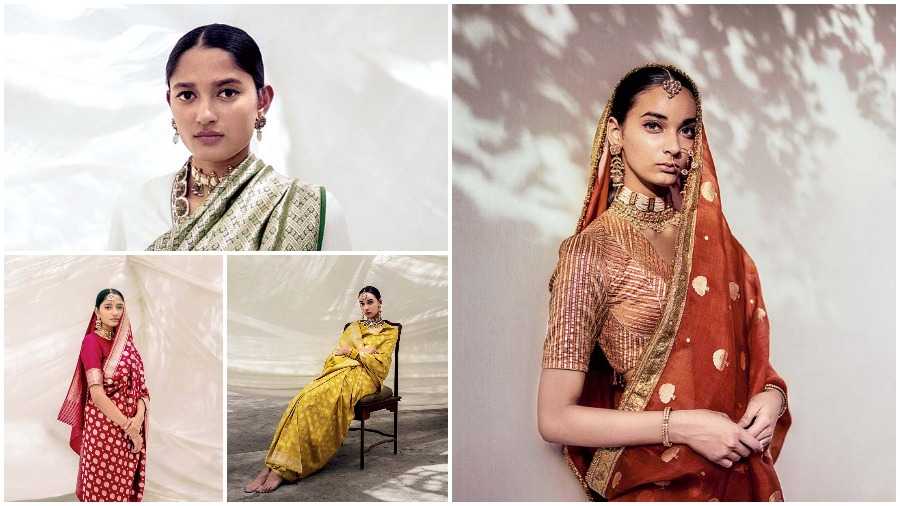 We hadn’t chatted with Sanjay Garg for a long time. So, when we called him for Jhini, Raw Mango’s summer 2021 line, there was a lot of catching up to do. We started off with ‘Jhini’ and then travelled to his polarising ‘Other’ and finally arrived at what Sanjay really likes being. Himself. A The Telegraph adda.

Tell us how ‘Jhini’ was conceived...

Jhini honestly was an extension of Moomal. In summer we do an extension of a winter collection. In handloom, it takes two-and-a-half years just to produce fabrics and you want to give more work to the weavers.

It is for people who know exactly what they want... something classic. We thought of summer and we did the palette and the fabrics accordingly. Jhini has breathable fabrics. That’s how the shoot has been conceptualised with the light streaming through it. You don’t see the tree, but its beautiful shadow caressing the fabric. That way it is romantic and beautiful. Jhini means translucent. It is a very common word in Hindi.

Your simplicity is worth marvelling at. How do you do it every time?

‘Other’ was fantastic. But it did shock many people, right?

It did, yes! It did get (mixed reviews) but I was very happy with the reviews. I mean many people might not have liked it, but so many young artists supported it. I don’t like recipes and wanted to break down the preset notions of what the consumer thinks about my brand.

We were a much more open society and now are so closed and the most intolerant than ever before to hear the other’s point of view. I want to question that and this gives me a lot of discomfort these days. I don’t think we can have a discussion about religion to politics.... 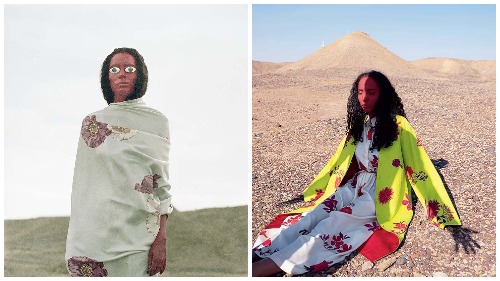 How did you conceive of ‘Other’?

Who decides what beauty is? I think we had a different idea of beauty... inclusive.... I wanted to explore that.

You have always pushed the notions of beauty. Was ‘Other’ your edgiest campaign?

You can say that. The eyes were conceptualised together by Vikram (Vikramaditya Sharma) and me. There is a bronze statue always on my desk. The idea of the eyes came from there. We went to Jaisalmer. We tried some amazing music, which was illogical. Sometimes you don’t want to make sense. This was something like that. I told the music director that it might be noise for some but for some it might be beautiful.

The garments were as dramatic as the campaign...

Have you heard about aposematism (from aposematic which means ‘denoting coloration or markings serving to warn or repel predators’)? We derived from that concept. You might not realise it, but for others, you don’t belong to this world, but that’s how you sustain and survive. The most fulfilling part was I didn’t have to worry about anything this time. I had no pressure to sell or please anyone. I always like to be provocative. (For this collection), I wanted to look at our mythical stories and inspirations. I don’t want to be dictated by the West. Even for ethical and sustainable fashion, we are looking at the West when we are the land for it. We are the storytellers.

Why did we forget?

We made a mistake long back. We have got used to the fact that we don’t speak in our mother tongue. Isn’t it surprising? Though we like Bollywood, even that is inspired from Hollywood. Music, make-up, dance... everything. Whatever is left is in tatters.

Your campaigns talk about embracing yourself fully. Has Sanjay Garg been able to embrace Sanjay Garg?

(Laughs) That is a good question. I too question myself so much. There is a dwand (dichotomy). Every question has two answers. While they are not correct, they are not wrong too. They are not enemies either. I have been in that dwand and that’s what keeps me going. I don’t like to be comfortable. If it doesn’t excite me, it is boring. I need more provocation.

So, you are at such a point in your career where you would do things you like...

I have always been an activist. Textile is my medium and canvas to express who I am and how I look at society and my commentary.

And, what kind of a mental space are you in right now?

More and more into questioning and being provocative. I want to be more honest and more close to my heart.