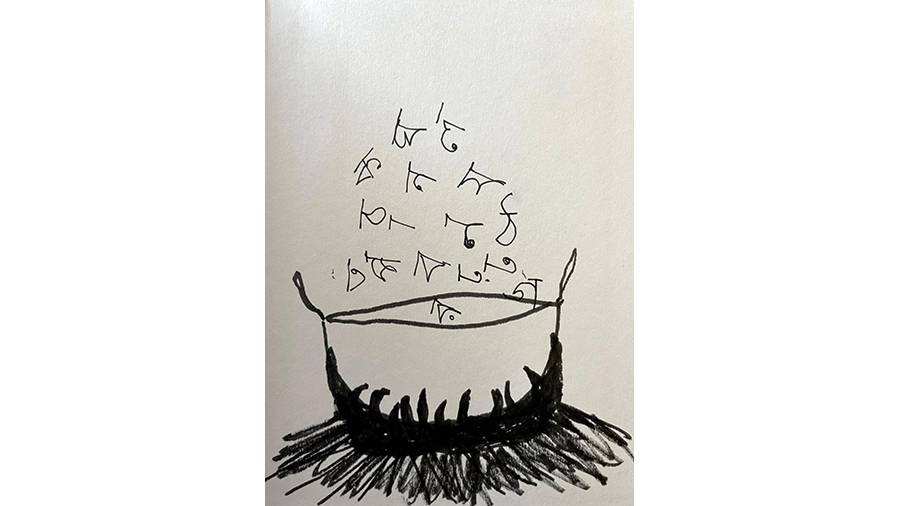 One of my dear dentist father’s many passions is cooking. In his time, there were no websites to learn recipes off. Cookbooks were few and expensive. His friend who lived abroad got him his first such book, Cooking the Chinese Way by Nina Froud.

Baba’s collection of cookbooks held pride of place on the top shelf of the bookcase. I was least interested in them despite their colourful covers but that changed when he acquired a new one by one of my favourite writers. Written in Bengali, it was co-authored by the mother-daughter duo of Lila Majumder and Kamala Chattopadhyay. Baba bought Rannar Boi without even cracking it open. He had been in college with Majumder’s son and had had the privilege of being invited to her scrumptious teas.

Majumder had an easy, intimate, a humourous style that made even the arcane subject — to 10-year-old me — of how to set up a kitchen interesting. What added to my attraction were the line drawings on thick, textured paper that marked the beginning of each new section — pots and pans, smoking soup in a bowl, dishes of pakoras and sandwiches, heaps of vegetables, bowls overflowing with prawns. There was a section at the end of the book that told you how to plan tea parties, dinners and picnics.

The book is dedicated to “Banglar meyeder” or the daughters of Bengal. Majumder’s stated ambition is to help them prepare tasty, nutritious daily meals without spending too much time in the kitchen. Dishes from various cuisines find a place in the book. Take the fish section, apart from the quintessentially Bengali muri ghanto (fish head preparation) and shorshe machh (fish in mustard paste), it also features Chinese sweet and sour fish, fish croquette, Turkish sarmali (cabbage leaves wrapped around a fish filling), African fish stew, fish pie and baked ilish. Many of the recipes have little stories about Majumder’s first encounter with the dish. She writes about peyajer payesh, an onion dessert, which she had at her friend Purnima Thakur’s place in Santiniketan. She thought it was made of litchi!

When I got married, my father scoured College Street for a copy of Rannar Boi to gift me. But it had been out of print for over a decade. Our own copy was loose-leaved and dog-eared from use. My mother mended it, wrapped it in cellophane and moved it back to the bookcase from the shelf in the dining room.

When my parents moved to the ancestral house in Calcutta, tragedy struck; the shelf that housed the books was attacked by termites. While the newer books escaped relatively unscathed, Rannar Boi and my mother’s notebook of recipes had chunks eaten out of them. “They were the most delicious,” my father joked.