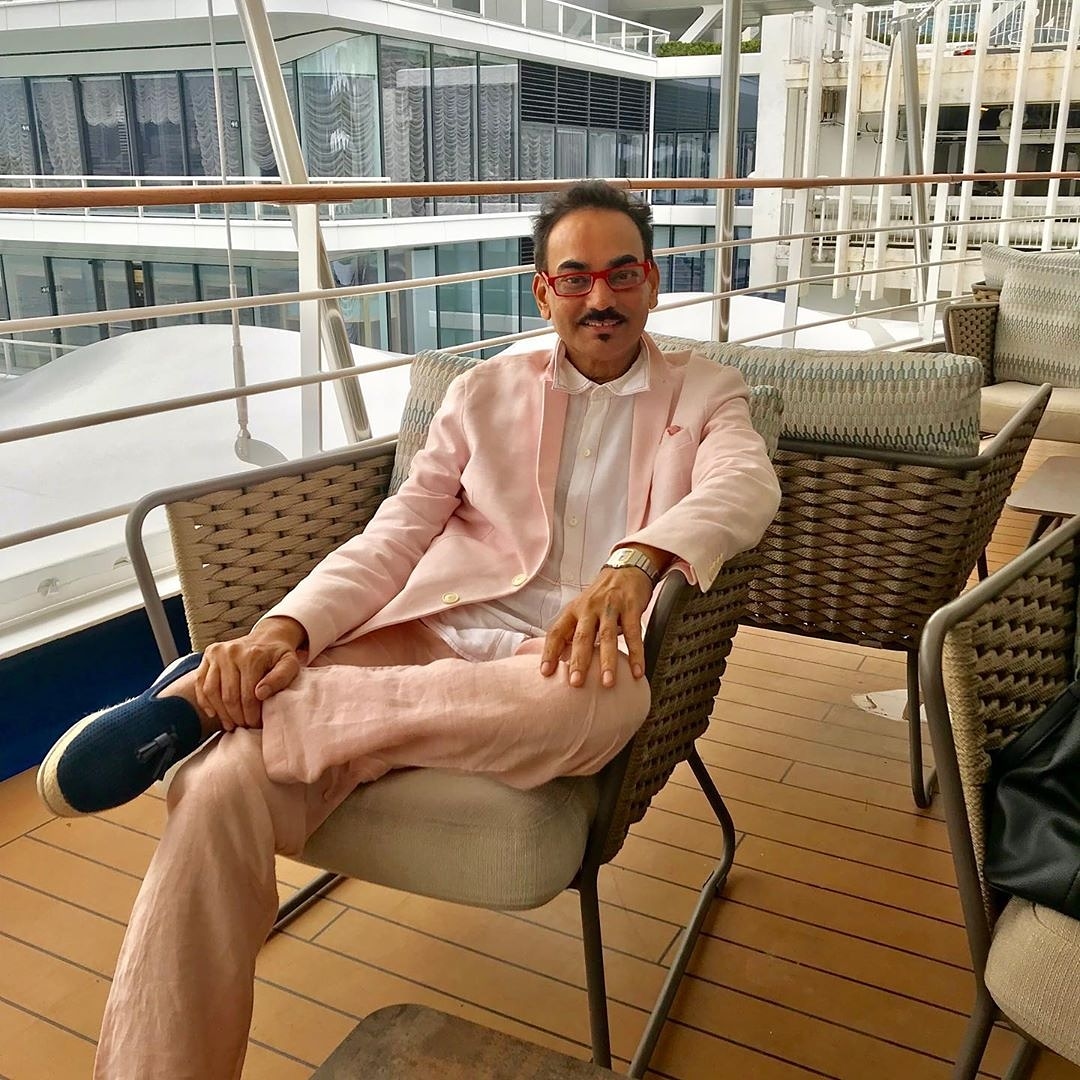 Internationally-acclaimed fashion designer Wendell Rodricks passed away at his home in Colvale village in Goa on Wednesday evening at the age of 59.

Deputy Superintendent of Police (Mapusa) Gajanan Prabhudesai said information about Rodricks' death was received around 6.30 pm and a team was immediately sent to his residence.

Shocked by the news of @Wendellrodricks' passing: https://t.co/W3CDCwo1va An original, a man of courage & conviction, a fashion icon & a social activist -- perhaps Heaven needed all those qualities in one man. RIP.

He said Rodricks died after collapsing at his residence, adding that the cause of death is yet to be ascertained.

“For me, #WendellRodricks will always be the designer who ushered in less-is-more. It’s truly a sad day for fashion to have lost someone so talented.”https://t.co/2fVDlz8ith

Born in Mumbai, Rodricks studied fashion designing in the United States and France from 1986 to 1988. He is often credited for pioneering the concept of 'resort wear' when it was not a popular idea in India.

He worked on the planning of the first ever Lakme India Fashion Week and often showcased his collections at fashion events.

In 2010, he revived the weaving of the traditional Goan Kunbi Sari and showcased the design at the Wills Lifestyle India Fashion Week.

Deeply saddened to hear about the sudden demise of my very good friend and designer, Wendell Rodricks. His excellency in his work & skills are irreplaceable & shall always be cherished.

We will truly miss him. My heartfelt condolences to his family & dear ones. pic.twitter.com/CzRnQJjbxf

Goa Health Minister Vishwajit Rane was among the first to tweet about Rodricks' death.

'Deeply saddened to hear about the sudden demise of my very good friend and designer, Wendell Rodricks. His excellency in his work and skills are irreplaceable and shall always be cherished. We will truly miss him. My heartfelt condolences to his family & dear ones,” he posted.

FDCI is deeply disheartened with the sudden and untimely demise of one of the country’s iconic designer, Wendell Rodricks.
The fashion fraternity lost a legend today.
Wendell, we will miss you. pic.twitter.com/AFFUVu9UcD

'I still can't believe that he is dead. I spoke to him just two days ago and invited him for our finale. I was also working with him on his museum. He has died too young.'

'Entire fashion industry is shocked. I got to know that he suffered a heart attack. People did notice a little change in his health, but nobody realised it will lead to this. It's too sudden. He was a legend,” Sethi told PTI on the sidelines of the ongoing Lakme Fashion Week in Mumbai.

Shocked to hear about the untimely demise of Wendell Rodricks, one of India’s most renowned designers. My heartfelt condolences to his loved ones. May his soul rest in peace 🙏

A tribute was also paid to Rodricks at the fashion event later that evening.

'Shocked to hear about the untimely demise of Wendell Rodricks, one of India's most renowned designers. My heartfelt condolences to his loved ones. May his soul rest in peace,” she tweeted.

A trip to Goa felt incomplete without visiting #WendellRodricks. Such style & hospitality! I’ll never forget the exquisite meals at his homes, sunset cocktails on his boat, his passion for protecting the environment & his devotion to his dogs. Wishing @jeromegoa strength & peace.

Wendell Rodricks was also an author, having written books like “Moda Goa - History and Style”, his memoir “The Green Room” and “Poskem: Goans in the Shadows”
amazon.in

Apart from fashion, Rodricks was a known travel enthusiast with he and his partner Jerome Marrel travelling to many countries. He was also an author, having written books like “Moda Goa - History and Style”, his memoir “The Green Room” and “Poskem: Goans in the Shadows”.

Rodricks was working on his passion project Moda Goa Museum, which is dedicated to the history of Goan costumes, and had posted about it just three days ago.

Fashion designer Rina Dhaka said she was “devastated” to know about Rodricks' passing away.

”I had known him since '90s. It is a great loss. He was a brave man and always vocal about his views and worked a lot for the local people of Goa,” Dhaka said.

To my dearest @Wendellrodricks @jeromegoa . It's way too soon to say goodbye.... cheers to an adorable, talented, positive& loving human being who truly lived life on his own terms!!! I will MISS U 😪 #RIPWendell pic.twitter.com/b8P5qBPzoI

Designer Samant Chauhan said, “It's a very sad news. I remember how inspiring he was, a perfectionist. I really admired him both as a person and a designer.”

'Shocked and heartbroken. Much too young to go like this. Just can't believe it,” tweeted Soni Razdan.

'Really sad to hear about the passing of Wendell Rodricks, fashion designer, activist, a son of Goa and a wonderful human being,” musician Ehsaan Noorani tweeted.

Shocked to hear about the sudden demise of fashion designer, Wendell Rodricks,
My heartfelt condolences to his family & dear ones. We will truly miss him. RIP 🙏 pic.twitter.com/1aEAbMzyMS

Director Madhur Bhandarkar said the designer's death came as a shock. Rodricks had played a role in his 2008 film Fashion.

'He was always encouraging. When I first showcased in Gen Next, he gave me a standing ovation, very few people in the fashion industry support you the way he did. He always promoted young talent and had a great vision,” Mishra said.