An epidemiologist by training Smarajit Jana spent the later part of his life fighting a viral prejudice. The Telegraph remembers 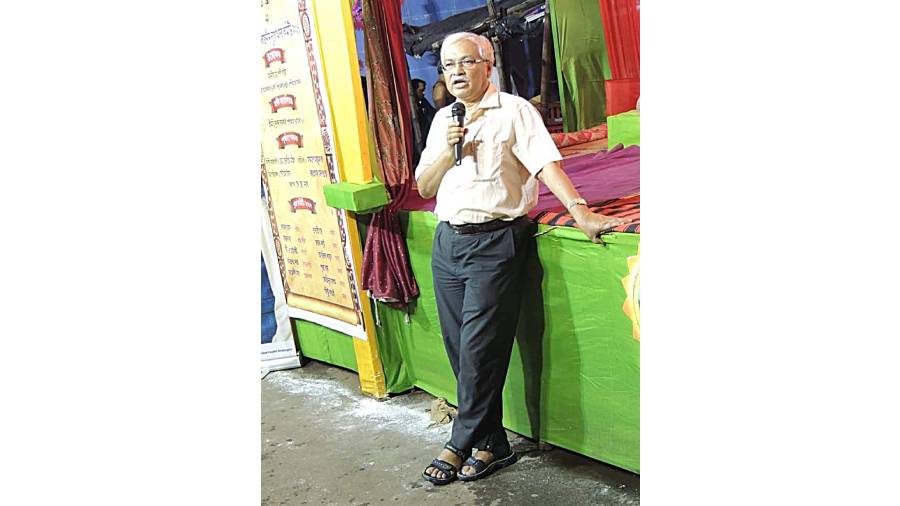 During the recent Assembly elections in West Bengal, I received an email from Smarajit Jana, the founder of Durbar, a sex work-ers’ collective in central Calcutta’s Sonagachhi area. Jana had arranged for all candidates from Sonagachhi constituency to visit the Durbar office and speak about their commitment to the demands raised by the people of this red light area.

I arrived at the office on Nilmoni Mitra Street with some trepidation. Was it really safe to have a physical press conference? The silver-haired doctor laughed. “How else do I get these candidates, one of whom will be a legislator, to commit to our demands?” he replied.

Durbar was demanding that certain sections of the Immoral Trafficking Prevention Act (ITPA), 1956, be amended. “Section 3 of the Act punishes those who rent out rooms to sex workers, Section 20 makes soliciting sex punishable, Section 18 says there can be no brothels near schools, temples, mosques. All this makes life for sex workers very tough. We need to give sex workers dignity, we need to give them labour rights,” said Jana, 60, who worked in the field of occupational health and was an epidemiologist by training.

Well, the archaic laws endure but Jana is no more. A month after that meeting Jana contracted the coronavirus and succumbed to it on May 8.

Even before the virus had arrived in Calcutta and a patient zero could be identified, the trained epidemiologist from Johns Hopkins, US, had started campaigning about pandemic-appropriate behaviour among the residents of the over-congested urban slum that is Sonagachhi.

When I visited Sonagachhi last year, I saw autos with festoons and placards listing dos and don’ts doing the rounds. Workers and activists were busy preparing posters at the Durbar office. That the communication was effective is borne out by the fact that there has been negligible impact of the pandemic in the area. But it’s not just the infection that was feared in the raging pandemic. The other worry was, what would happen to the livelihood of the 11,000-plus sex workers.

“Before the nationwide lockdown was announced, some managed to catch the last train or bus home, but most of them are here. They have no home to return to. And with all clients shunning the place, these women are digging into their last savings,” Jana had said in March last year. Durbar started organising and distributing relief material. Local representatives, police, the Ramakrishna Mission, Bharat Sevashram Sangha, all pitched in, but Durbar was the nodal agency.

Jana had been a member of the panel appointed by the Supreme Court to recommend measures, which led to the legal recognition of sex workers and decriminalisation of sex work in 2011. The court had ruled sex workers were entitled to right to life and protection. They can now get ration and voter ID cards. During lockdown last year, they lost their means of livelihood. The court was again persuaded to intervene by Durbar. It did, and they got free ration.

As the 2021 Bengal elections approached, Jana petitioned the Election Commission to declare Sonagachhi a “sensitive zone”. “Election Commission officials came here and gave an EVM demonstration for the people, they learnt how to cast their vote. About 150 voter ID applications were submitted,” Jana told me. This was what he had been fighting for all his life, the right to vote for these women.

After completing his MBBS and MD from Calcutta University, “daktarbabu” was teaching occupational health at the All India Institute of Hygiene and Public Health when an HIV/AIDS control project called the Sonagachhi Project landed at the institute. No one touches such projects, said Tarun Basu, long time associate of Jana and an office-bearer at Durbar. But Jana took up the challenge. And so Durbar, which means unstoppable or unbeatable, was born in 1995.

The Sonagachhi project was a success. The then health secretary, Sujatha Rao, made Jana advisor to the National AIDS Council chaired by the Prime Minister. Those were hectic times. Jana fought the menace of trafficking too by creating a self-regulatory board in Durbar. It would interview every new entrant. The board’s mandate was to determine the age of the sex worker and ascertain if she was being forced into the trade. Those who were underage were sent home. “All pimps, brothel owners cooperated; none wanted to be on the wrong side of the law,” said Basu.

Jana created the Usha Cooperative, the first cooperative for sex workers. “That needed amending a section of the cooperative act. One of the officers told us we couldn’t have a cooperative unless we were housewives. I asked him if he would marry me,” said Kajal Bose, secretary of Durbar. “The officer ran out of the room,” she added with a laugh.

With Jana gone, it will be the responsibility of Bose and Bharati De, both sex workers whom Jana had trained, to take Durbar ahead. There is the school for sex workers’ children, the football academy and so on and so forth. Says Mahasweta Mukherjee, an advocacy officer at Durbar, “In January, he was talking of retiring and asking us to take over Durbar completely. He wanted to concentrate on his writing.”