A group rallies against hybrid seeds to save the heirloom varieties 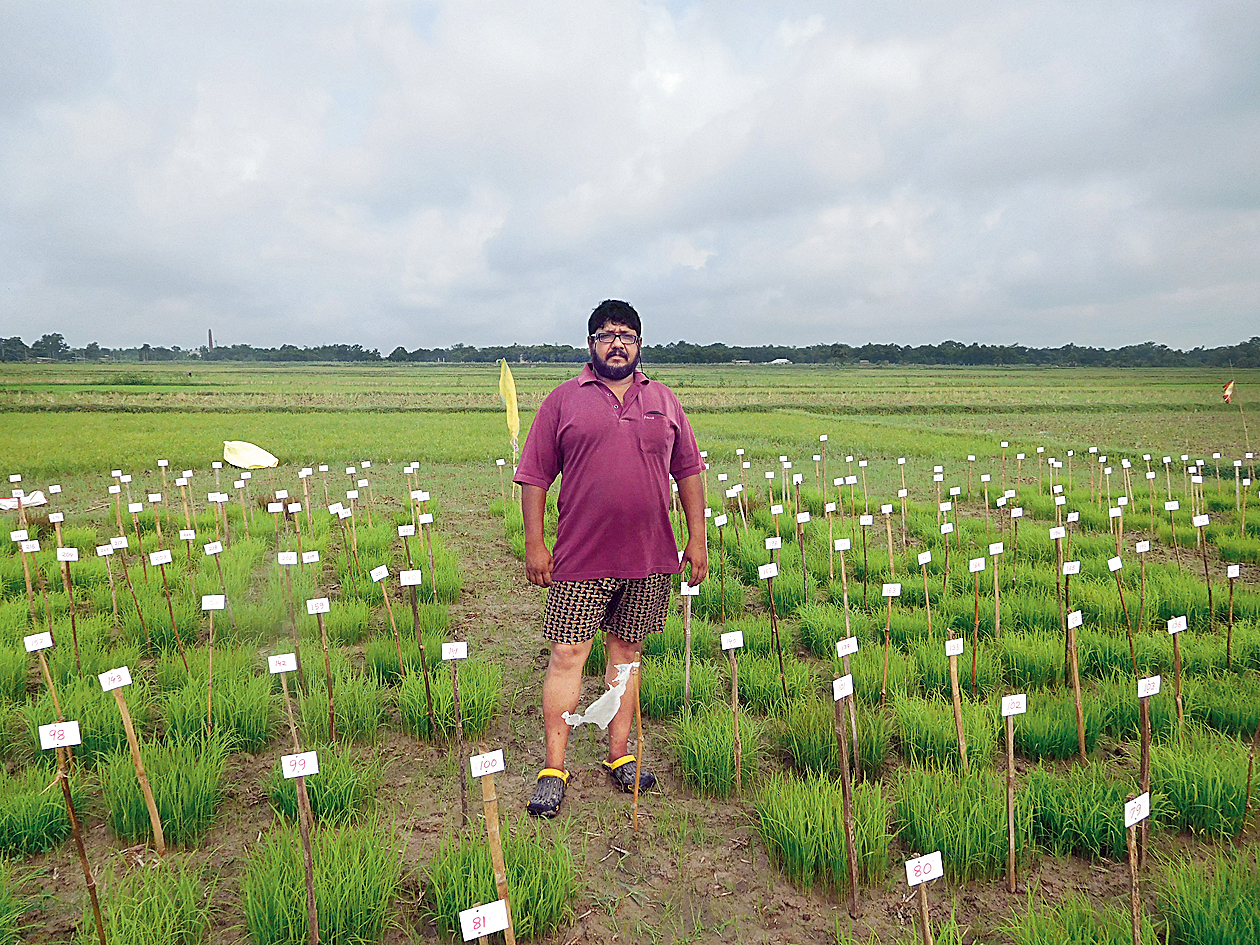 Abhra Chakraborty of Guskara in Burdwan is such a person. Chakraborty works in the state fisheries department but paddy is his passion. He has preserved nearly 440 varieties. He has also cultivated some and taken more land on lease recently to plant the rest.

Abhra talks about how seed conservation is a tricky science and has to be done with some art. “It needs a lot of knowledge and involvement. I divide my plot into several parts, keeping in mind the time of pollination of each variety.” He explains that self pollination does happen but it is not desirable as it compromises the genetic purity of a particular variety.

Das has also converted a portion of the 24 bighas of land owned by him for conservation. He has planted a variety of paddy seeds. The thrust of his initiative, Fiam, is to produce more rice of the available variety so that there is enough seed for mass production.

He distributes these seeds among farmers, simultaneously educating them about the virtues of indigenous crop. “We managed to cultivate 50 bighas of land in 2014; 200 farmers were involved,” he says.

Ten years on, Fiam has many more stakeholders. Says Das, “It is a mixed group. There are those who have degrees in Computer Science, there are English Literature graduates.” Many of them have chosen not to leave their native village for urban opportunities. Instead, they have taken up farming and the cause of folk rice.

Fresh graduate Tanmay Das of Raiganj district is one of them. He tells The Telegraph, “It is a misconception that hybrid varieties give better yield. There are high yielding folk varieties too. Also, hybrids require a lot of chemical fertilisers; this is bad for soil health.” Salim Naskar is also a graduate farmer from South Dinajpur. He says, “I have come to know about organic farming. I can easily integrate my knowledge about modern farming techniques with the legacy knowledge handed down to me by my forefathers.”

The vice-president of Fiam is Dr Sudeb Saha, a practicing doctor. “It has been 30 years since hybrids took over the market. There is a resurgence of folk varieties no doubt, but it will be some time before they can even begin to catch up,” he says.

As Chinmoy Das tells it, it all began in September 2007. Several districts of West Bengal were flooded. Walking through one such limpid countryside along the banks of the Kulik river in North Dinajpur, Das, a Geography teacher, was surprised to see some paddy crops still standing erect, undamaged.

That left Das and his two friends — Sudipta Mukherjee, an officer with the fire services department in Calcutta, and Rupak Kumar Paul, a college teacher — intrigued. Das says, “That is the first time we learnt about paddy that is flood-resistant.” Thereafter, the three decided to follow up the revelation with some serious research. In due course, they came to know about paddy varieties that are drought-resistant and others that can grow in brackish water.

They also learnt that these indigenous or folk varieties with names such as Kalli, Changa, Kochi, Malsera, Kakri, Bahurupi had ceded place to high-yielding hybrid rice, a hot market favourite. Five years later, Das and his friends launched the Forum for Indigenous Agricultural Movement or Fiam, a platform to rejuvenate lost varieties of rice.

The first step was finding as many varieties of seeds as possible. One stop was the Agriculture Training Centre at Phulia; it had over 400 varieties of heirloom seeds. The other thing to do was identify individuals with collections.

Gene editing is going to test the values of every society