Padamsee, poet on palette, no more

Throughout a career spanning six decades, he remained individualistic 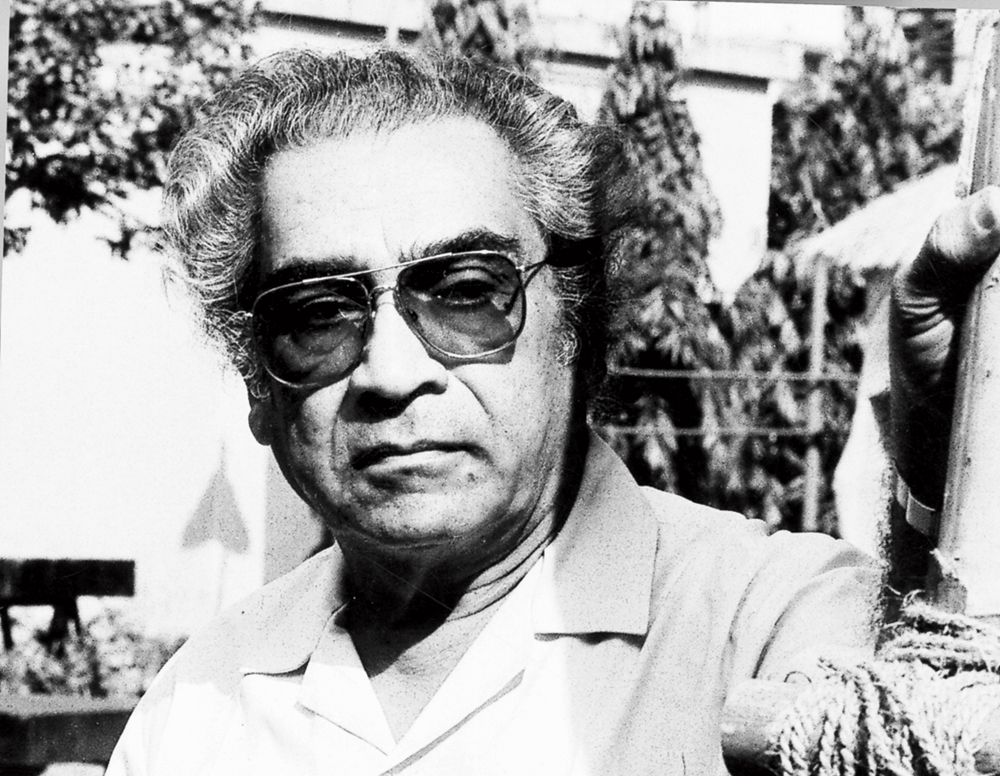 The remarkably protean and prolific Akbar Padamsee, one of India’s leading modernists and greats, died at the Isha Yoga Centre near Coimbatore on Monday night at the age of 91. He and his wife Bhanu were residents there.

Padamsee was amazingly innovative, experimenting with computer graphics quite late in life, besides working in various other mediums like oil painting, plastic emulsion, water colour, sculpture, photography and printmaking till his last days.

Be it black, white and grey of the Grey Series, the earthy tones of his celebrated metascapes, and even earlier, when his palette was colourful, Padamsee demonstrated remarkable control over the use of pigments, reflecting the spirituality that was, in part, derived from his readings of Sanskrit texts such as Kalidasa’s verse.

Yet he was one artist who defied categorisation and throughout a career spanning six decades, he remained individualistic. His monumental works have been recognised for their richness and poetry and he was awarded the Padmabhusan in 2010.

Padamsee was born into a wealthy Khoja Muslim family of the Kutch region of Kathiawar of what is now Gujarat, but the life he lived made him an exemplar of India’s syncretic culture where both Islamic and Hindu traditions are indivisible.

His second name was an honorific bestowed on his grandfather who had given away the contents of his granary during a famine in Kutch. The celebrated adman Alyque Padamsee was his cousin. Above orthodoxies and conventions, in later years, the ancient canons of Shilpa Shastra and Vivekananda’s commentaries on Patanjali held his interest.

Akbar Padamsee was a student at the Sir J.J. School of Art in Mumbai at a time when the Progressive Artists’ Group began to make waves on the Indian art scene. After his training in Mumbai, in 1951, on a scholarship he went to live and work in France, where the great surrealist, Andre Breton, awarded him a prize on behalf of the Journale d’art.

He returned and held his first exhibition in Mumbai in 1954. His art was a formal exploration of such themes as prophets, heads, couples, still life, mirror images and metascapes. Luminous metascapes and distinctive human figures were the two genres he has worked on since the 1970s.

As a pioneer, Padamsee had set up inter-art Vision Exchange Workshop (VIEW) in 1969-71 with the Jawaharlal Nehru Fellowship funds, where artists and filmmakers of varied fields could freely experiment.

Padamsee had himself collaborated with Mani Kaul and Kumar Shahani, then struggling filmmakers, and noted psychologist Udayan Patel to work on a film titled Syzygy. Cloud Chamber was another where he animated a set of geometric drawings.

Padamsee made his mark on the art market too and the prices of his works have continued to soar. He is among the top five highest selling modern Indian artists, including Gaitonde, Souza, Tyeb Mehta and Raza.