Out of Sohrab’s shadow

There are all kinds of lockdown and many that predate the current one. Interviewing a filmmaker with memories of restrictions of another kind 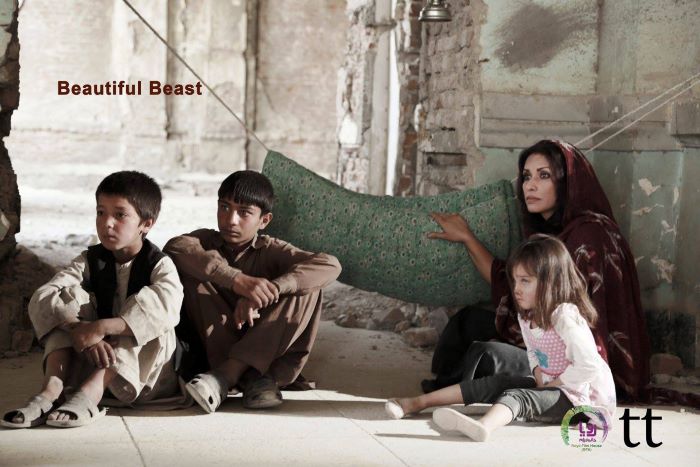 Roya Sadat grew up in an Afghanistan where women were barred from attending school or going outdoors if not accompanied by a male family member. The only movie theatre in Herat, her hometown, had been turned into a mosque; hardly an ideal milieu for a girl who aspired to make films. “At times I think all my life was spent during war,” the 36-year-old told The Telegraph when she was in Calcutta for a film festival a while ago. 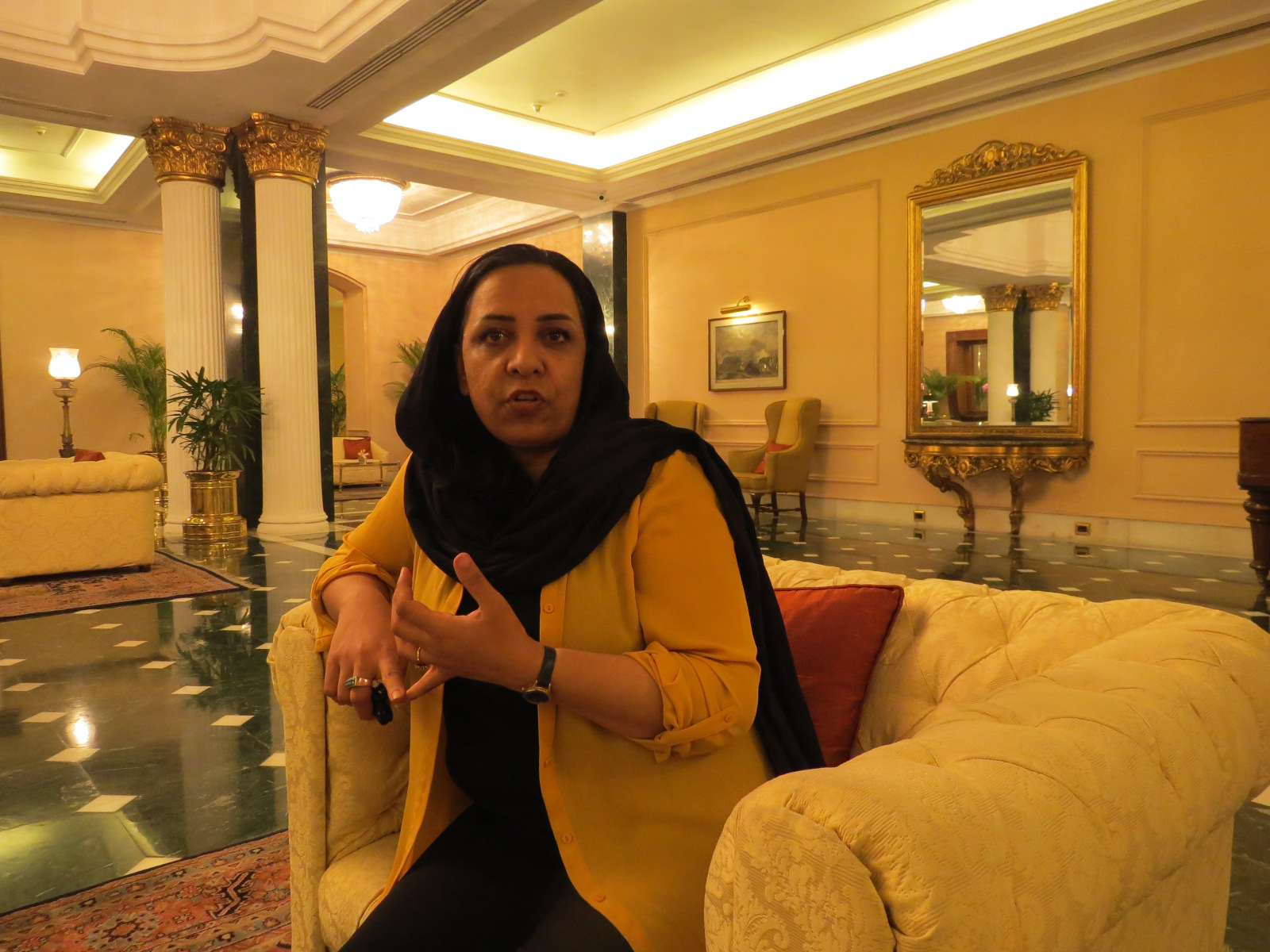 Roya, who is now acknowledged as the first woman filmmaker from the strife-ridden nation, was born four years after the Soviet invasion of Afghanistan in 1979. In September of 1979, President Nur Mohammad Taraki of the People’s Democratic Party of Afghanistan or PDPA was assassinated in an internal coup and Hafizullah Amin of the PDPA’s Khalq faction assumed presidency. The Soviet Army invaded Afghanistan, killed Amin and established as president Babrak Karmal of the PDPA’s Parcham faction. The Russians stayed put the next nine years. Right through Roya’s “best schoolgoing years”, a civil war raged and the Taliban grabbed power in the early 1990s. “It was a dark time for the people of Afghanistan, especially women,” said Roya. For five years, she and her sisters were cooped up at home.

Before that, Roya had been active in cultural events at school. She said, “I had once offered to direct a play in which all my classmates would act. But no young woman in my city had ever been involved in films or theatre. So the head of the school could not believe it.”

After she staged the play in a small room, which the teachers used to keep their scarves and burqas, Roya was asked to stage it again for Teachers’ Day. Next thing, the group was called to perform on national television. “It was an amazing experience,” she added. 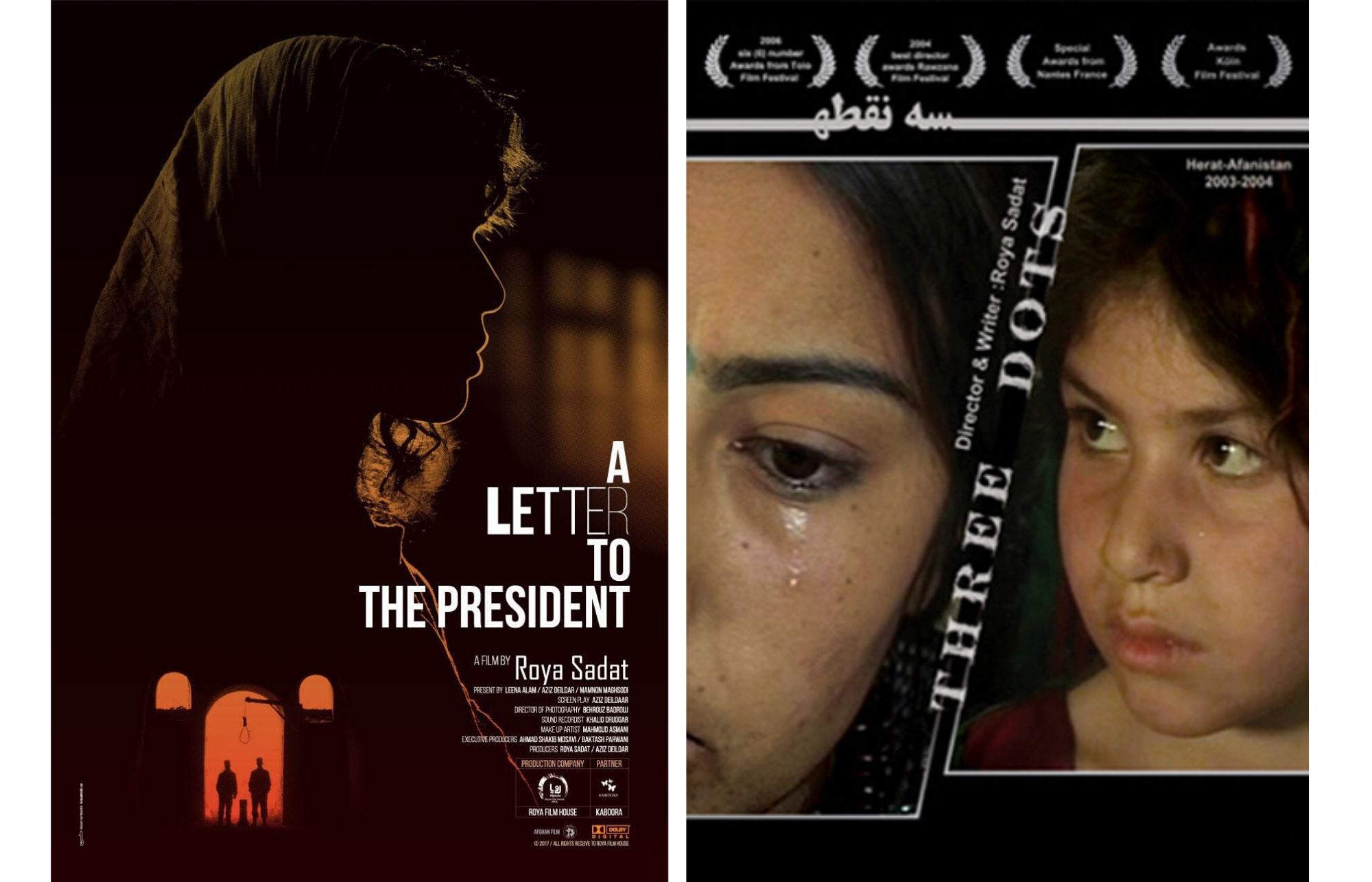 Posters of her films
Pictures from Sadat’s Facebook page

By 1996, the Taliban had assumed complete control of Afghanistan. Now that they were in power, they went to every extent possible to enforce their interpretation of the Sharia or Islamic law. With the Taliban clampdown on women’s education, the doors of school came to be shut on Roya. She said, “I started writing scripts at home after reading some books on the subject. I realised I was good at imagining visuals while reading a story.”

At such a time, a window opened in the form of medical education. “The Taliban wanted only women doctors to attend to women patients. A relation brought news that girls were being enrolled in the Herat hospital for training. She urged my mother that since I was good at studies she should have me enrolled in the class of 80 students.” Soon, Roya started to train as a doctor’s assistant.

One day, she heard that the hospital was organising a programme on the Prophet. Roya was keen to stage a play. She said, “The lady who was in charge was initially scared as the hospital head was a Talib (member of the Taliban) and made daily visits. The play I had in mind would show how before Islam came, daughters used to be killed. And that their condition became just as bad after the Taliban arrived.”

Roya put up the play. The audience included women doctors and heads of schools that had been shut down. Students stood near the gates to warn if any outsider was approaching. Roya knew that being caught staging a play with such a rebellious theme would have serious consequences. “But if you love and believe something, it happens,” she added.

Around that time, Roya wrote her first film, Three Dots. “If you watch it on the Internet, you won’t find good technique, but you will find strong feelings. I like that film,” she said.

There were 10 women in Roya’s family. Her father was the only man. Said Roya, “We were six sisters and two cousins — daughters of an uncle who had been killed by the Russians. He was a farmer who never meddled in politics. My mother says they killed him by mistake. Then there was my mother and my aunt who was a teacher. It was not possible for my father to escort each of us whenever we needed to go out. So one sister would dress up as a boy; she took the name Sohrab. She would go out to shop, to buy bread or milk. She was about seven years old.”

After the Taliban were ousted from Afghanistan in 2001 by the US, Roya started making Three Dots. She said, “I didn’t have any experience. I had only seen lots of movies. I used to imagine where the camera should be and what feeling there should be in each scene.”

As a woman director, she was scared of shooting in the city as the governor of Herat belonged to a mujahideen faction. So she chose a faraway village. “People warned me that it was full of landmines. The area had not been cleansed as the civil war was followed immediately by the Taliban regime. My crew was scared. But I was crazy. I walked all over the area to show them it was safe,” Roya said, adding sheepishly that she “would not do this now”.

To cast women in her film, she went from door to door. “People were shocked at the suggestion. Finally, I found a lady in a small carpet factory who looked promising and was interested. She asked me to speak to her husband. I took my father along to convince him.”

After five days of shooting, the husband began to have doubts. “He was thinking we were making a Bollywood film and she would be dancing. In Afghanistan, dancing is taboo. I had to convince him that it was a tragic social story. Even so, her name had to be changed in the title credits to keep the news from the rest of the family.”

Equally tough, if not more, was laying hands on a movie camera. “There were none in Herat. So it took us a year to shoot. A camera I rented from Kabul had to be returned after the first sequence.” For the next four to five months, Roya would search the guest list of every hotel for television journalists, so she could borrow a camera to shoot.

A journalist visiting Herat informed her about the first Afghan film festival, to be jointly hosted by French and German cultural institutes. “My film was ready and I did not know what to do with it. I had done a public screening in Herat. People had shown a lot of interest and said very good things.” She sent the film with the journalist to Kabul and soon she received an invitation from the organisers.

After the screening, Roya was sitting in an adjoining garden when five men came up to her and simply stared. She said, “I was very young and it was unsettling.”

The curiosity would only escalate as Three Dots went on to bag the Best Film and Best Director awards. “Everyone was asking: ‘Who is Roya?’ The head of the government-backed Afghan Films — a very rich man and an experienced filmmaker — thought I was a child. But I got a lot of media coverage.”

At the turn of the century, with the advent of the Internet and schools reopening in Afghanistan, Roya felt it was the right time to open her production company. Roya Film House, Afghanistan’s first independent film company, was registered by her and her sister Alka. That was 2003.

In the meantime, a journalist wrote about her and Three Dots was invited to Germany and France. “Since I did not have Internet at the start, my invitations went to Afghan Films. They never sent them on to me,” she smiled sadly.

The film laid the foundation of her career. Tolo TV, one of Afghanistan’s biggest networks, invited her to make a TV drama. “We went to Kabul and set up our office. My husband teaches cinema at the university. He joined us in 2011. My sister and I established an annual international women’s film festival in 2013. Our company became more powerful than men’s production houses.”

Over the years, Roya’s company has garnered 60 awards. Her latest film, A Letter to the President, is about a woman who accidentally kills her abusive husband in self-defence. It was the Afghan entry in the Foreign Language category at the 2018 Oscars. The film premiered at the Locarno film festival in Italy and had its Asian premiere at Busan in South Korea. But what gives her most satisfaction is watching the change unfold around her in Afghanistan.

She said, “Now we have educated women studying cinema and shooting with a camera. I don’t want to say it’s because of me, but the first person always has a more difficult journey.”

Film on conflict that lost crew members to bombings