Not a Winter’s Tale

Meet Tomas, a man who came all the way from Portugal and saw what insiders have learnt to unsee. 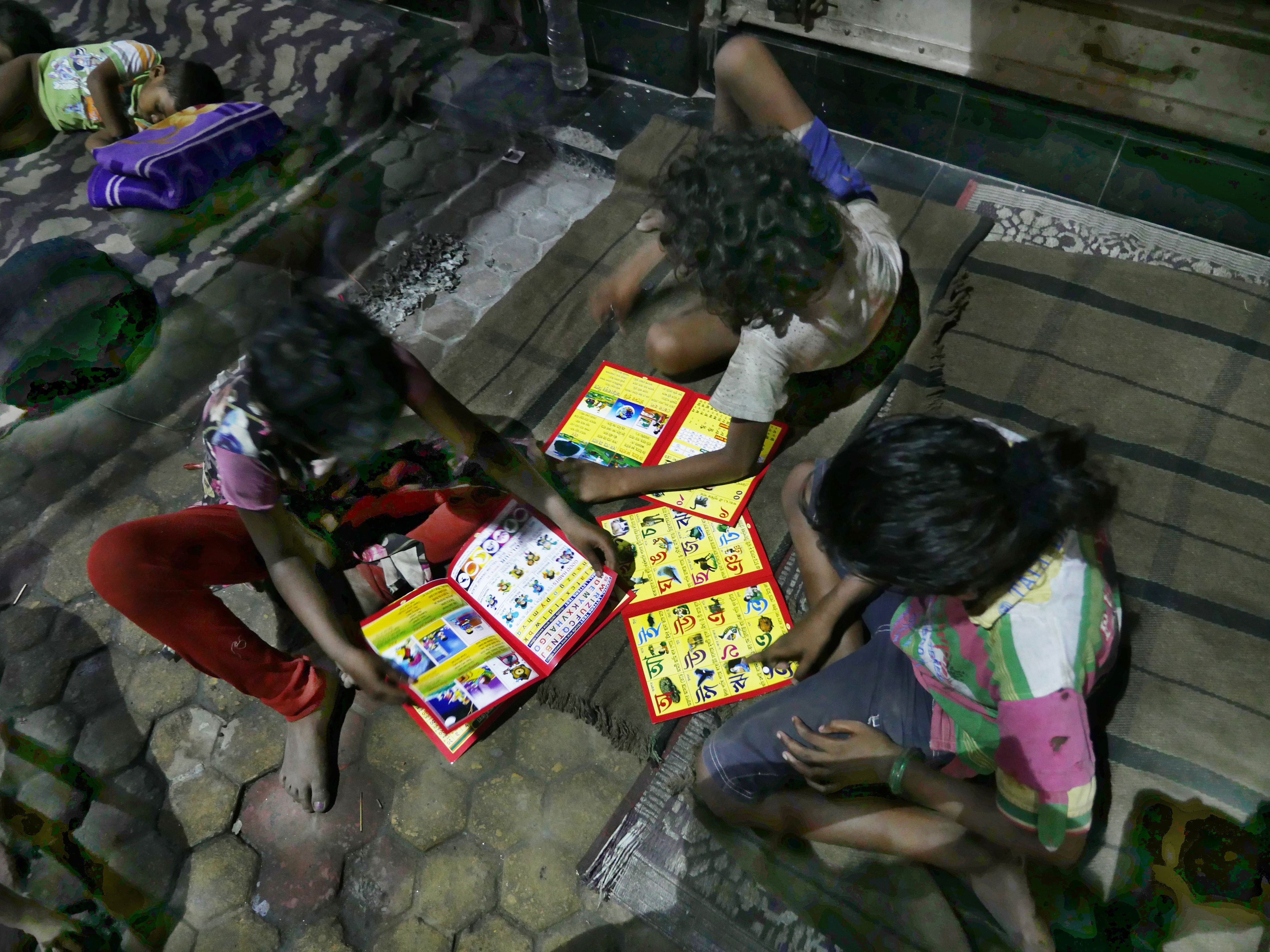 “New area, guys.” From beside the driver’s seat, a voice cuts through the late night stillness of a city in hibernation, as a mini van crosses Dalhousie Square and enters Lalbazar Street. The casual chatter heard so long from the cargo bed at the back of the vehicle stops and everyone is on the alert, scanning the pavements.

The group comprises four youngsters from Portugal accompanied by a local aide. They are out to distribute a kit they are funding from their personal resources and with donations raised back home as well as locally. The kit, which is called Kolkata Monsoon Relief (KMR), comprises a black tarpaulin sheet, a mosquito net, a first aid box, and a book of figures and alphabets. “Look out for families lying in the open. Not workers,” Tomas Magalhaes, the brain behind the initiative, tells me. I am volunteering for the night as a translator. In a while I start to get a hang of street-reading. Women or children, for instance, usually indicate the presence of a family.

Dozens lie with their wares next to them at the Beadon Street crossing. They are there for the weekly haat, or open-air market, at dawn. We keep moving. Women, heavily made-up and in gawdy clothes, striking various poses stand apart from each other, cause some confusion among the volunteers till they understand that we are crossing a red-light area.

Finally, a family is spotted and the van pulls over. The local aide is the first to approach; he tells them they have a gift for them. That usually gets the attention, even of the elderly ones woken up from sleep. But there is a method to the donation process.

Registration takes place on an offline data collection app loaded on volunteers’ phones. “This way we know if we have given the kit to the person before,” says Tomas as he focuses his phone camera on Mohammed Aslam for a photograph. The 62-year-old is a widower and earns Rs 100 to Rs 150 per day from begging. The pavements in the Girish Park area have been his home for a decade now. Any health problems? “My head spins,” Aslam replies uncertainly. Those in need of immediate medical intervention are handed a slip with the address and contact number of Calcutta Rescue, an NGO that provides healthcare to pavement-dwellers, but Aslam does not look ill enough to need one. 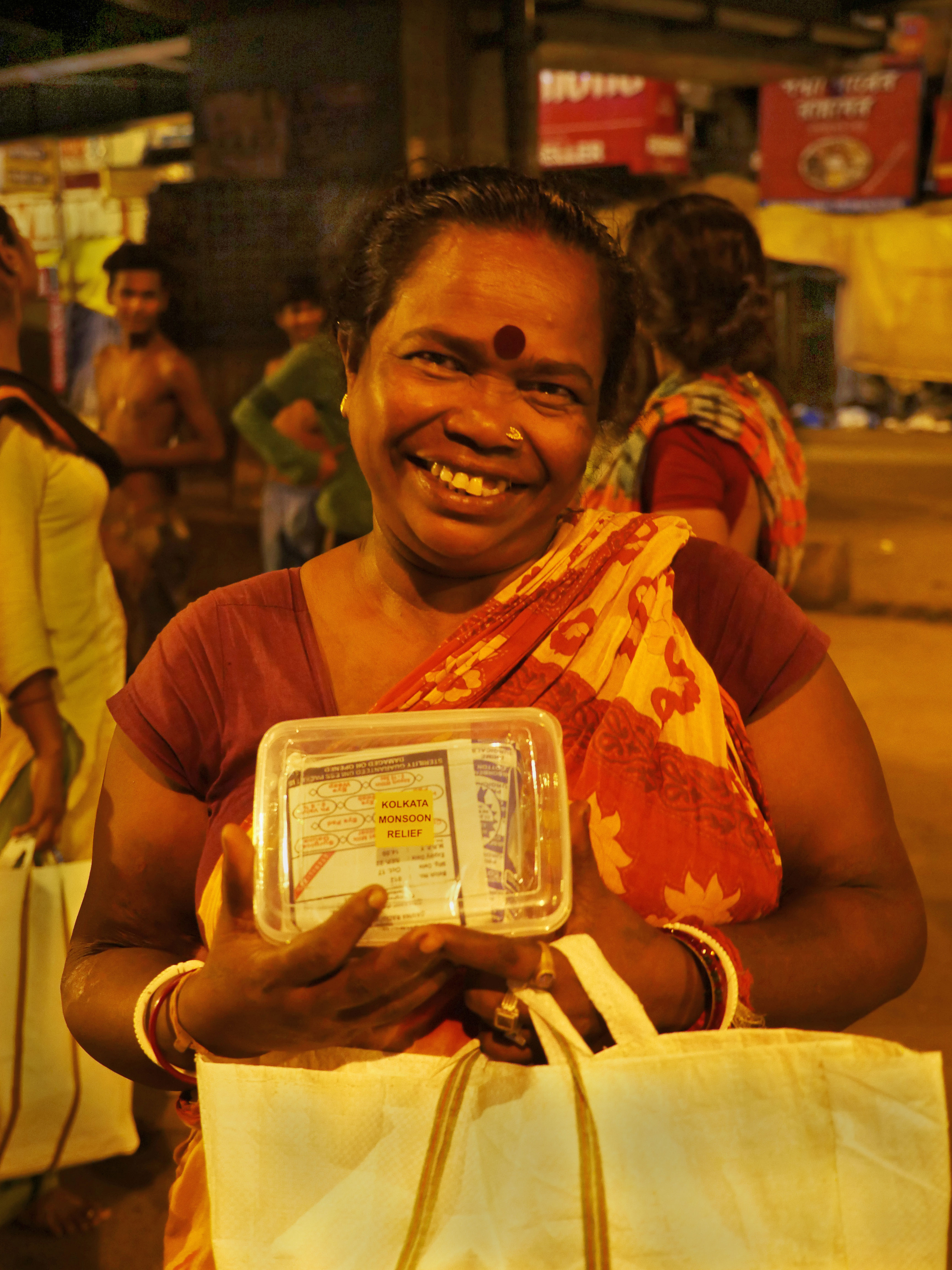 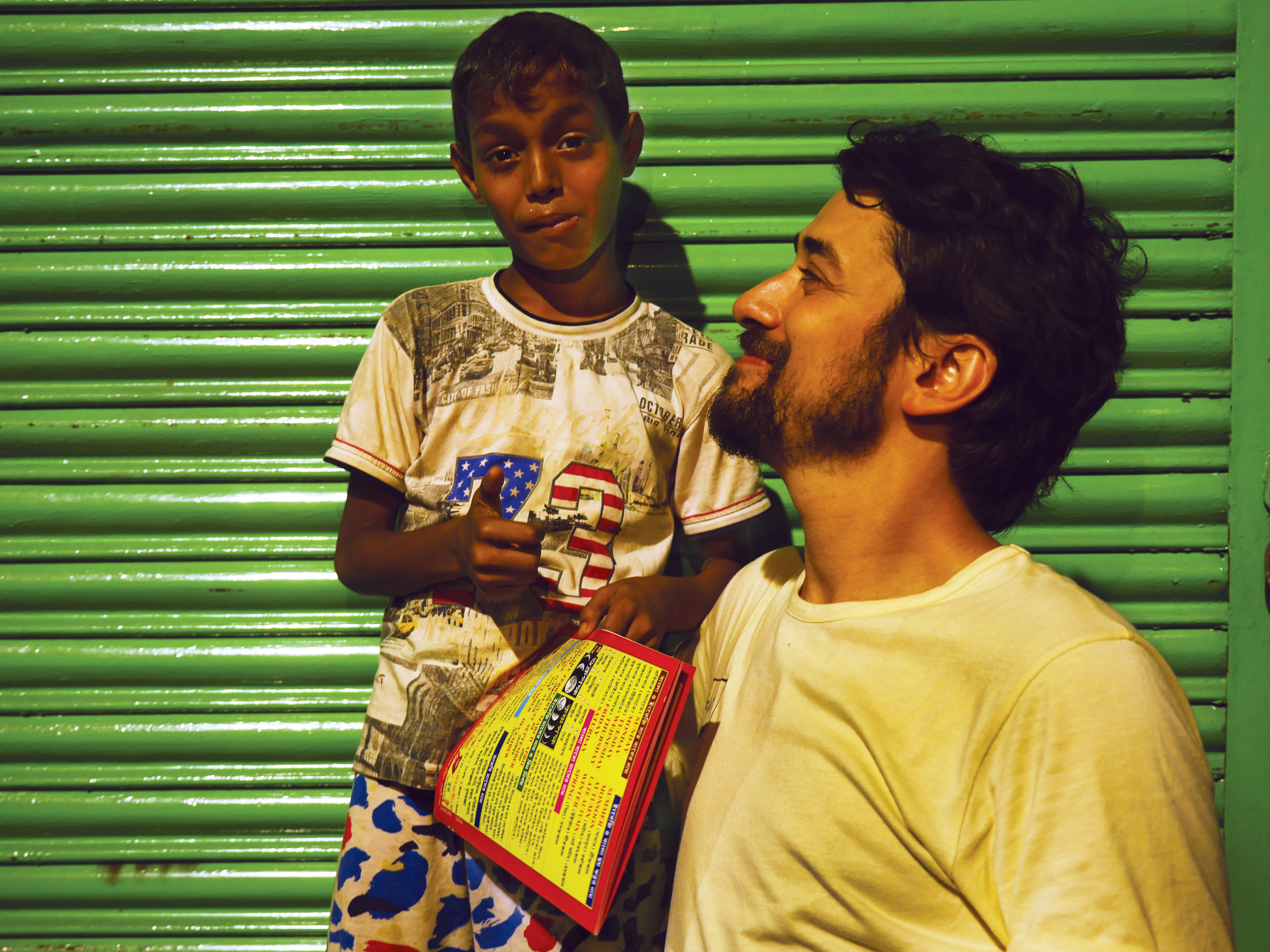 Tomas has picked up some Hindi and does the questioning himself for the survey. I help Catarina with the translation, while Masoom helps Luis. The questions are precise — age, income, number of children (those under five get the alphabet book), if they live with parents and if so their age, home state, if they have a house in the village, if they possess an ID card, if they can read and write, if they have a mobile phone… “We studied some academic papers on pavement-dwellers and came up with the questions. Asking about property in the village, for example, helps us understand if they were born on the street,” Tomas explains.

Some of the men try to join the queue but are told off by the women themselves. “Only for women,” they say, almost triumphantly. A 13-year-old girl, Padma Khatun, who says she studies in a municipal corporation school, tries to pitch in as a translator. Her eyes brighten on being thanked as we move away.

Tomas says the most effective part of the survey is the creation of a GPS map. “We are calling it the KMR 2019 map. It can be sourced on our Facebook page by any NGO that wants to help the urban poor. The green ones are slum folk, the red ones, pavement-dwellers,” he says, pointing to the balloon-shaped markers on his phone screen.

An elderly woman recognises Catarina. “Gyalo bosor aisila… You were here last year,” she breaks into a toothless smile. On hearing her comment in translation, Catarina gives her a hug.

One of the questions they ask in the survey is what their biggest problem is in life. “While some say money, lack of shelter, diseases, rain or the police, a surprising number says they have no problems. Their reality is so different from what we are used to, yet they teach us acceptance,” says Tomas.

This monsoon, KMR achieved their target of reaching out to the 7,000th family since they started three years ago. Another feat awaited back home. Tomas has been inducted in a youth advisory group to the President of Portugal, Marcelo Rebelo de Sousa.

Blessings of seven thousand plus people do count!

In the course of the trip, Tomas tells his story. The 32-year-old from Porto had first come to Calcutta in 2017 when he was volunteering with several NGOs across India. A family near Sudder Street begged him for a tarpaulin sheet. He asked the rickshaw-puller ferrying him — the youth, Ajay, is now part of the KMR team — to take him to the market to buy one. “It cost just Rs 110, yet it made so much of a difference!” Next, he asked around what else could one do with. A woman with three children, and pregnant with a fourth asked for a mosquito net. The rickshaw-puller suggested a book of alphabets. And so, the first relief kit was born.

Tomas made a video of 20 such families receiving aid and uploaded them on Facebook. His friends suggested that he turn it into a page. He returned to Calcutta the next monsoon, adding a first aid kit and a bag to the other things.

An MSc in nanotechnology, it seems Tomas had wanted to come to India ever since he had heard the strains of the sitar in the soundtrack of a Beatles film and saw the “strange things” his brother took back as souvenirs from here; things he now recognises as bidis. Today, he plays the sitar at fund-raisers back home and even on the streets of Porto and whenever he comes to Calcutta, he uses the first month to hone his sitar skills

The team of KMR comprises his cousin Luis Brito E. Faro, his girlfriend Catarina Aires and Luis’s friend Joao Bernardo Gomes. There are four Calcuttans in the team — an MBA, an economics graduate, a street theatre actor and a PhD in English literature. Mumbai-based entrepreneur Naresh Daga, whom Tomas had met in Uttarakhand, helps them raise funds and negotiate with suppliers.

The biggest number of pavement-dwellers is found on a pavement near MG Road Metro station. They are used to receiving blankets in winter from charities and quickly mobilise all the women in the vicinity. That night the collection queue gets long and a police jeep comes to check. Their local aide Masoom, a sturdy, no-nonsense man, provides the explanation and the cops leave with a curt instruction to make it quick.