Eye on the storm 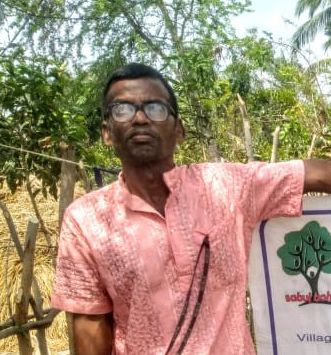 Every cyclone has its own symphony. Akul Biswas, a resident of Jharkhali gram panchayat in the Sunderbans, knows this eerie music by heart. Biswas is blind: glaucoma took his vision years ago. His ears, however, are his eyes. He says that he can tell apart cyclones — Amphan, Bulbul, Aila — through their special timbre.

“The chords of storms differ,” says Biswas over the phone. “The notes of the day Amphan lashed

the Sunderbans were different from those of Aila. The first thing that struck me was the silence that preceded the storm. Even the birds — the lockdown has brought the avians back to Jharkhali — had fallen silent, except for the solitary kokil that seemed to be shrieking in a hoarse voice. Perhaps it had heard the approaching winds. The wind rose by early afternoon. After that, till about 8.30 in the evening, all I heard was the howling wind, its pitch rising and falling, like a creature possessed.”

The tenor of Aila, the cyclone that ravaged the Sunderbans 11 years ago, was different. “Remember that Aila had struck at high tide. So the noise, the only noise, that I could hear from the school that I take shelter in during cyclones was that of the river splitting open the embankments,” reminisced Biswas. 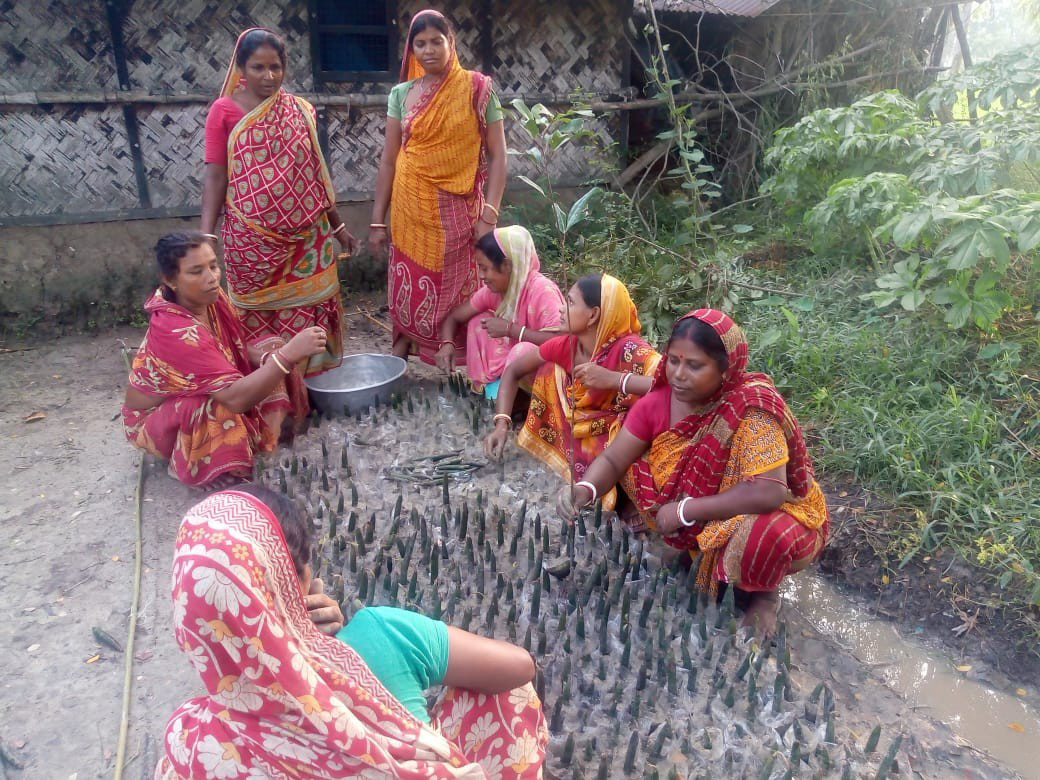 He is knowledgeable about the music of the Sunderbans’ rivers too. Biswas’s village is surrounded by them: Bidyadhari in the east; Matla to the west; Hogol to the north and Herobhanga in the south.

The orchestra of cyclones remains unchanged. What has changed, Biswas says, is the story of resistance. “Aila was a bitter lesson for the state administration, but it has learnt its lessons. These days, we get to know of approaching cyclones days ahead, either on television or radio, or from the panchayat. Shelters have been built. Unlike at the time of Aila, the embankments in Jharkhali have survived Amphan.”

Yet, the apathy towards the Sunderbans’ ecological degradation remains pronounced. Biswas runs Sabuj Bahini, a minuscule NGO, which, in spite of a perpetual fund crisis and insufficient resources, continues to undertake such projects as afforestation, testing of soil, rehabilitating Sunderbans’ “tiger widows” — women who have lost their husbands to the lord of the jungle — and raising awareness about the environment.

Biswas acknowledges Sabuj Bahini’s failure to make his village aware of the cause of natural disasters. “The real problem is that the environment is, tragically, not a political issue. There are two reasons for this. The first has to do with an unimaginative curriculum. Environmental studies may have been introduced but how is it being taught? Does Jharkhali have an adequate number of teachers who specialise in the discipline? Is there any urgency to teach the subject in a hands-on manner, seeking to renew the symbiotic bond between man and the natural world? The result is predictable. Students take little interest in the subject, using it to score high marks only.”

An agitated Biswas pauses for breath.

“Second, the model of local politics rests on populism. Most politicians believe that creating jobs, building roads, providing public amenities such as electricity and water are enough to secure electoral victory. The people, too, respond enthusiastically to these issues, but not to the needs of trees or the causes of storms or tidal waves. The moment nature strips the land bare of houses, crops, electricity poles, there is a renewed demand to rebuild the broken infrastructure. But none really reflects on the real cause of nature’s fury. Or the need to rebuild broken natural worlds.”

Jharkhali’s woes reflect the global patterns in the Age of the Anthropocene. Biswas, unlike the prime minister, has found a way to be vocal about the local. Sabuj Bahini, the NGO that he founded, is the voice of the local, chipping away, stubbornly, heroically, at the solid mass of collective ignorance.

Hammering away at indifference is hard work. “I have requested several influential people — academics, intellectuals, politicians — to visit Jharkhali so that Jharkhali’s residents, especially children, can learn a thing or two about conservation. Most of them have declined, citing the distance involved.”

A train journey to Canning and then a one-and-a-half-hour bumpy bus ride to Jharkhali off the Basanti Highway is clearly too troublesome for the conscientious city folk.

“Who has the time to listen to a blind man’s plea,” asks Biswas.

But in his mind’s eye, Biswas knows that Sabuj Bahini is sprouting roots, a stem, even some branches. The organisation, which had around 100 members, mostly women and children volunteers, has, over the years, grown to include a committed cadre that numbers around 400. With a bit of watering — guidance and assistance from us — Sabuj Bahini, Biswas dreams, would stand proud and tall, sheltering Jharkhali from the howling winds that have kept him awake on days and nights.