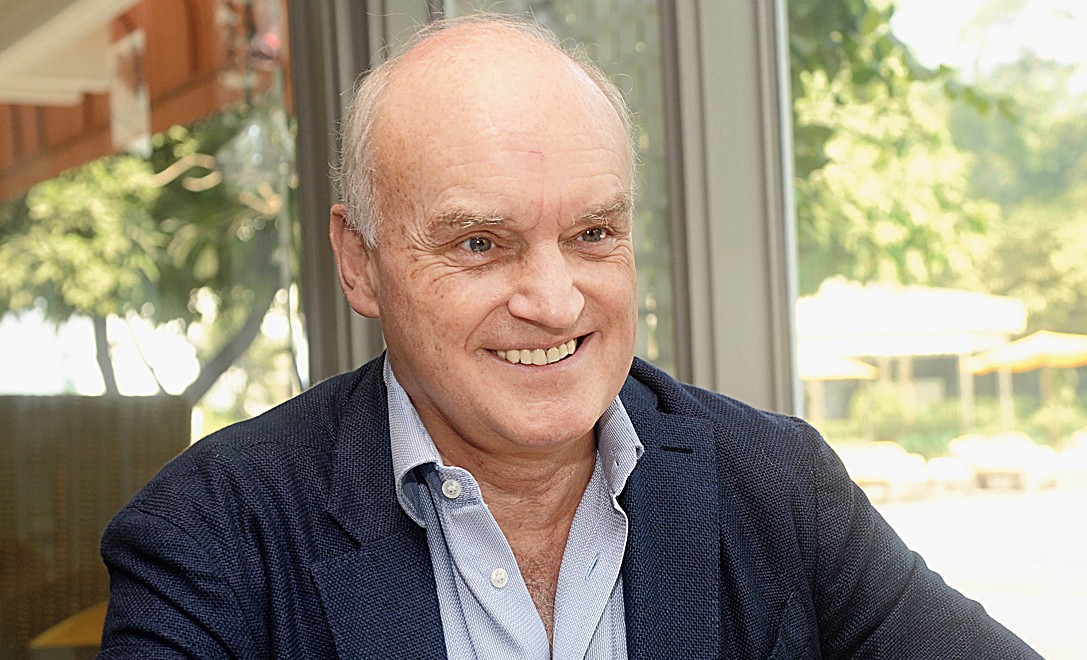 Nicholas Coleridge got engaged to his girlfriend, who is now his wife, at Tolly Club when he was visiting Calcutta in the eighties. The club suggested that on that special evening the young couple could meet another young couple from the UK who were staying there.

The other couple turned out to be Hugh Grant and Elizabeth Hurley, then unknown actor and model respectively. They were staying at the cheapest room at Tolly, laughs Coleridge, in Calcutta to attend the CIMA Awards Show 2019.

But that is one of the less-dizzying facts about Coleridge, redoubtable magazine man. He is the chairman of Condé Nast Britain, the group that publishes about 140 magazines, including Vogue, Vanity Fair, Glamour and The New Yorker; and chairman of the board of trustees of Victoria and Albert Museum, London.

He was managing director of Condé Nast UK for 26 years. He has written 12 books, including fiction and non-fiction and was appointed a Commander of the Order of the British Empire (CBE) in the 2009 Birthday Honours.

And, please immediately suspend your disbelief, he is also a descendant of the poet Samuel Taylor Coleridge (“five times my great uncle”). But poetry is not read in S.T.’s country of origin any more, this Coleridge rues, sitting at the coffee shop of a city hotel, radiating charm and energy.

His life could do with a walkthrough, like some of the institutions he is attached to. He started freelancing at 15 for the magazine Harpers and Queen and soon moved to Tatler, which was then being edited by Tina Brown. Fourteen people worked there; Brown was number 1 and Coleridge was number 14. But his rise was stunningly swift “because Tina was ruthless. She sacked everyone between two and 13. It taught me about survival.”

This is his 92nd visit to India. Most of the visits happened since Condé Nast began to launch its publications here about a decade ago. At the time he joined, the group published 40 magazines. In 30 years, it has added about a hundred more.

Coleridge thinks “glossy” magazines have a good future. “It is difficult to replace them,” he says. The screen cannot reproduce the pleasure of holding a glossy. But the same does not hold for “more news-based titles”.

He has good news about V&A, too, “the world’s leading museum of art and design”, as the museum claims on its website. “It is going through a good phase, expanding very fast,” says Coleridge. “It has opened in Scotland.” And in China, where it has supported the development of a design museum.

V&A is doing well for many reasons. “Firstly, the standard of the exhibitions. They are so cool, so well-staged, so dramatic.” On Saturday, it begins an exhibition of Christian Dior. Half a million visitors are expected.

Second, it is space. “The gallery looks so fresh and modern and allows a sense of space.” When, in Europe especially, people live in smaller and smaller spaces, “in their tiny flats, face peering into the screen, watching emojis drop”.

In the 1990s,V&A drew 1 million visitors every year. The figure has now gone up to 4 million.

Perhaps visitors from abroad are a reason too? London, agrees Coleridge, remains a hot destination, but everything might change with the “dismal idea of Brexit”.

He reserves the weekend to write. In a strictly numerical way. He writes from 7am to 11am on both days, and at 250-300 words an hour, or 10,000 words a month, or 1,20,000 words a year, a book becomes possible. That is exactly what he has done. He has finished writing his memoirs last year.