Advertisement
Home / Culture / Music / 'God Save the Queen': A brief history of the anthem

'God Save the Queen': A brief history of the anthem

What will happen to 'God Save the Queen'? Five facts about the British national anthem 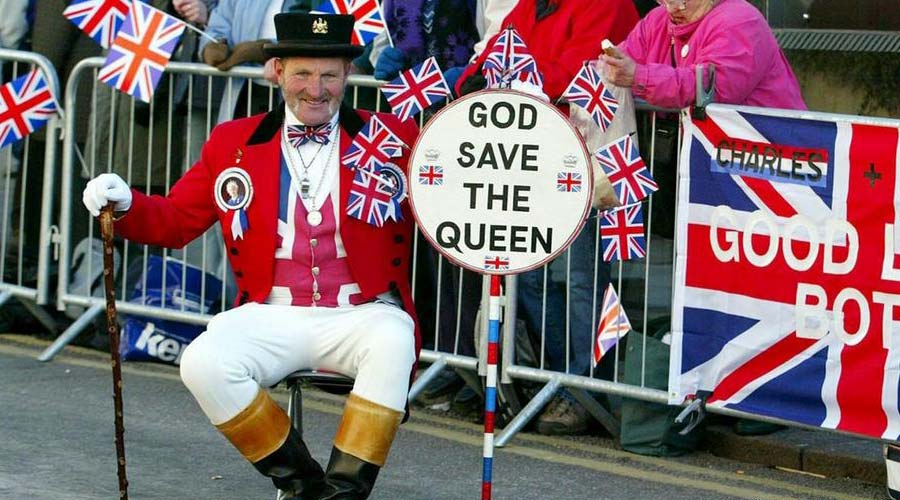 Hundreds of people sang "God Save the Queen" in front of Buckingham Palace on Thursday evening after the death of Queen Elizabeth II. What will happen to the song now? Five facts about the British national anthem.

The British love their national anthem. They'll proudly sing it at international football games, for example. It's particularly striking if you compare their fervor to the way players from Germany's national team perhaps hum or move their lips along to their country's anthem.

The line "God save the Queen" is particularly iconic.

But now that Queen Elizabeth II is dead, what happens?

Here are five facts about the song.

God save our gracious queen! / Long live our noble queen / God save the queen!

The song will from now on be dedicated to King Charles III.

These have been the first three lines of the British national anthem for the past 70 years. Most Britons don't know the lyrics any other way, since they have referred to Queen Elizabeth II throughout her seven-decade reign.

The national anthem adapts to the gender of the British monarch. Now, it will be dedicated to King Charles III, which means the lyrics will change to "God save the king!"

"God Save the Queen/King" has been the national anthem of the United Kingdom since the early 19th century.

But Queen Elizabeth II was not the first queen to be celebrated with the song. It was also sung for Queen Victoria, during her 63-year reign, from 1837 to 1901.

Along with Great Britain and Northern Ireland, the song is also one of the two national anthems of New Zealand. In Australia, "God save the Queen" was the official national anthem until 1984, when it was replaced by "Advance Australia Fair."

One hymn, many composers?

The origin of the song is disputed, and its exact date of creation is unknown. Early published versions of the melody date back to 1745. However, similar tunes have been found that are much older.

The melody is sometimes attributed to English composers John Bull (1562-1628) and Henry Purcell (1859-1695), while poet and composer Henry Carey (1687-1743) has been cited as the author of the lyrics and melody, but that is based on a claim from his own son that has been refuted by scholars.

Brian May also performed the national anthem in 2022.

Another disputed theory is that the song derives from a work by French composer Jean-Baptiste Lully (1632-1687).

From Queen for the Queen

Beyond the anthem's unclear origins, it remains popular to this day and has been revisited many times in rock and pop music.

British rock band Queen released a memorable instrumental version of it on their album "A Night at the Opera" (1975). Adding to the legend, Queen guitarist Brian May performed it on the roof of Buckingham Palace on the occasion of the Golden Jubilee of Queen Elizabeth II in 2002.

The Sex Pistols and Neil Young also released their own interpretations of the song.

One melody, many titles

Other countries have used the iconic melody for their own anthems.

The national anthem of Liechtenstein "Oben am jungen Rhein" (Up on the Young Rhine) is still sung to the melody of the British anthem. The Swiss used the melody for their national anthem, "Rufst du, mein Vaterland" (When you call, my Fatherland), until 1961. And in the German Empire, from 1871 to 1918, the imperial anthem "Heil dir im Siegerkranz" (Hail to Thee in the Victor's Crown) also used the same tune.