MP Trail: When two Britishers disagreed on the name of Jabalpur

The stories behind how some MP cities got their name. Read them, for they could be changed 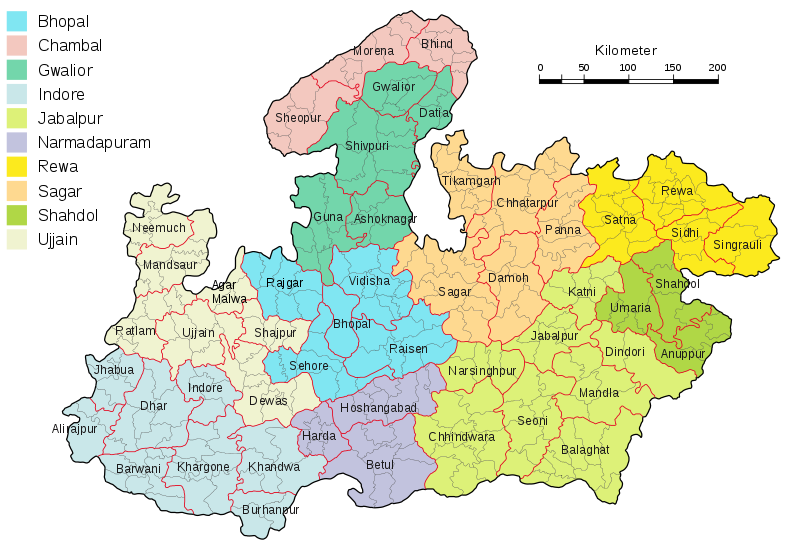 Once a bastion of the Bundela Kings, Orchha has medieval cenotaphs steeped in myths and legends
Image credit: Prashant Ram, Flickr

Gwalior gets its name from the iconic fort that overlooks the city, in a valley surrounded by rocky hills
Image credit: Wikimedia Commons

Chhindwara has many theories staking credit for its name as there is no documented historical evidence
Image credit: Wikimedia Commons

The most prevalent theory for the origin of the name Jabalpur is that the city is named after a sage Jabali, who is believed to have meditated on the banks of the Narmada
Image credit: Wikimedia Commons

This is where the three-fiery tempered regional belts of Mahakausal, Bundelkhand and Baghelkhand overlap to wrestle culturally. Almost every train on the north-south and east-west route stops by the organised chaos of the Katni Murwara Railway Junction. It is half a turn, a mod or mur, away from the wagon yard.

But there are other less innocuous stories for the source of the name. Some say this village was rewarded for cutting ‘mod’ or ‘heads of men’. Another version says that the British government cut-off heads of baggies and plunderers and hung them in the squares for display. So Modwara or Murwara stuck as a reminder to the denizens to not cross the line.

Cities, like humans, evolve through experience and encounters. The journey over hundreds, sometimes even thousands, of years tends to give them character – quirks that become crisp sum-ups and labels -- a true Mumbaikar, a pucca Dilliwala, a Lakhnawi mizaaz or an Allahabadi andaaz.

Now, there is some confusion about whether a Prayagwadi andaaz, for the recently renamed Allahabad has the same ring to it as the original. Poet Akbar Allahabadi (May his soul rest in peace) would have been restless, quoting his satirical lines, “Aai hogi kisi ko hijr men maut, mujh ko niind bhi nahi aati”. Does the regular Faizabadi feel the same stir in his heart if addressed as an Ayodhyawadi?

The souls of these cities somehow seem to be suffering from a distance with their new names. They may make a compromise and accept them over time like the ‘Bambaiya’ was cajoled into being a ‘Mumbaikar’. Or they may just rebel or become disoriented. Our souls don’t always adhere to preferred histories.

In 2011, my hometown Bhopal came under consideration to be renamed as Bhojpal. The proposal got a lot of flak and was put to rest. It was then that I got interested in tales of how cities got their names. The recent hullaballoo over renaming cities has stirred my soul.

When digging into the naming of 'shehers', I discovered their stories were often documented history but also frequently coloured by folklore and local hearsay. Some had legendary narratives constructed and deconstructed over time.

As the campaign for the assembly election in Madhya Pradesh reaches its final pitch, here’s a quick helicopter-hopping style take-off and landing at 'shehers'. And into the heartland of how they came to be named.

Bhopal’s ‘Bada Talaab', or the Upper Lake, has a history of a 1000 years and so does the city's name
Image credit: Wikimedia Commons

The most prevalent theory for the origin of the name Jabalpur is that the city is named after a sage Jabali, who is believed to have meditated on the banks of the Narmada. But there are other stories too. One says that the word jabal means granite boulders or huge boulders in Arabic. The landscape is dotted with these. Another theory, though not very popular, is the reference to Jauli Pattala, a sub-divisional unit, mentioned in Kalachuri inscriptions Jauli refers to the Huna princess, queen of the Kalachuri king, Karna. During the British occupation in India, it was spelled as Jubbulpore.

In 1937, this name was the bone of contention between a certain Mr Greenfield, the commissioner of Jubbulpore and a certain Mr Grigson, the deputy commissioner. The latter considered the 10 letters too long and preferred Jabalpur. But the commissioner thought the change was inadvisable as the name was used on stamps and railway tickets. The two came to an understanding; each would use the spelling he preferred.

From here, feel free to choose your narrative among the many behind the names of cities. What a 'sheher' is called is influenced by shape-shifts in culture and dialects; all of which takes their own sweet time and course. And sometimes, all it takes is a diktat to change them.

The drought-prone region of Bundelkhand hides this mofussil town of magnificent Bundela ruins, enveloped by hillocks and Dhak forests. Orchha aptly translates to ‘hidden’ in Bundelkhandi.

According to folklore, Raja Rudra Pratap was out on a hunt and came across a small Ram temple in the middle of the forest. He sat down to worship the deity. A wolf picked up the king’s scent and was about to attack him while he was in this meditative state. The story goes that a booming voice alerted him with ‘Orchha’, a local expression used to shoo away animals. Provoked, the hunting dogs in the king’s party chased away the wolf. Rudra Pratap was convinced that the command was given by the deity himself. It was then that he decided to set up his capital in this forest. He named it Orchha after the word that saved his life. Locals also believe that the small temple where he prayed now stands as the Raja Ram Temple where the Hindu God Ram is revered as king, not God.

Orchha became the capital of the Bundelas, a Rajput clan, when they were pushed out of their capital in Garkhundar by the invasion of the Tughlaqs. Bundela Chief Rudra Pratap discovered it in 1501 AD. Once a bastion of the Bundela Kings, Orchha is now an awkward touristy-town-in-the-making along the Betwa river. It has medieval cenotaphs steeped in myths and legends, perched with vultures and bats.

Bhopal’s ‘Bada Talaab', or the Upper Lake, has a history of a 1000 years and so does its name. The statue of Raja Bhoj, the 10th century Parmara Dynasty king who reigned most of central India’s Malwa region, stands on a podium in the lake. Its strategic location en-route to the airport spells out this man’s meaty role in Bhopal’s naming.

It is believed that Bhopal stands on an older town laid by Raja Bhoj, before which it was a hamlet of the Gond community.

A thousand years ago, Raja Bhoj built a dam in the valley between the two hills of Shamla Hills and Idgah Hills. The lake formed still supplies drinking water to Bhopal. The mammoth man-made Bada Talaab is among the many engineering feats associated with the legendary Raja Bhoj.

But why did Raja Bhoj engineer a lake? According to legend, Raja Bhoj was suffering from an incurable skin disease. A sage advised him to build a lake that drew water from 365 streams and bathe in its waters daily at an auspicious hour. Historians say that many rivers, tributaries and streams in and around the present-day Bhopal have minerals such as Sulphur and Zinc and salts in them. And so, the area around this reservoir came to be known as Bhojpal, with 'pal' in Hindi referring to the direction given by the king.

Another story goes that the area was once ruled by a Gond king named Bhupal. The name changed to Bhopal over time.

The tales for some areas in the city are also interesting. A favourite is about an undulating green locality known as ‘Char Imli’, which literally translates to four tamarind trees. Locals say that when this area fell in the outskirts and was a jungle, a gang of thieves distributed their booty under four tamarind trees here. Char Imli is now a residential colony for bureaucrats. Locals often quip that ‘Chor Imli’ would have suited it better as it hosts the booty of the corrupt in the government.

Gwalior gets its name from the iconic fort that overlooks the city, in a valley surrounded by rocky hills.

According to local folklore, during the rule of the Gurjar Pratihar clan in the eighth century, a prince named Suraj Sen lost his way in the forest. Tired and thirsty, he met a sage called Gwalipa on a secluded hill. He asked the sage for some drinking water and was led to a pond. The water not only quenched his thirst but also cured him of leprosy. Grateful, Suraj Sen offered the sage something in return for his help. Gwalipa asked him to build a wall on the hill to protect the sages in the area from wild animals that disturbed pujas, havans or yajnas. Instead of a wall, Suraj Sen went on to build a fort with a palace. It was named Gwalior after sage Gwalipa.

The Gwalior Fort changed many hands, from the Tomars to the Mughals to the Marathas (in 1754). In the 18th century, it went to the princely state of Scindia. It was the winter capital of Madhya Bharat before Independence. Later, it lost its status and settled into a humdrum existence.

Chhindwara has many theories staking credit for its name as there is no documented historical evidence. The first theory is that Chhindwara had many Chhind trees, a kind of date palm, on its fertile land. But, according to some historians, the Maratha Sardar, Ranojee Daulatroa Shindia, resided in the heart of Chhindwara city, which until then was known as Bararipura. Shindiawara, from Daulatrao Shindia’s name, was eventually distorted to Chhindwara.

Nanditta Chibber is an author, a communications professional and a Junior Fellow awardee by the Ministry of Culture researching and documenting stories around the naming of Indian cities