t2 traces the five-decade-long journey of the Kenilworth Hotel 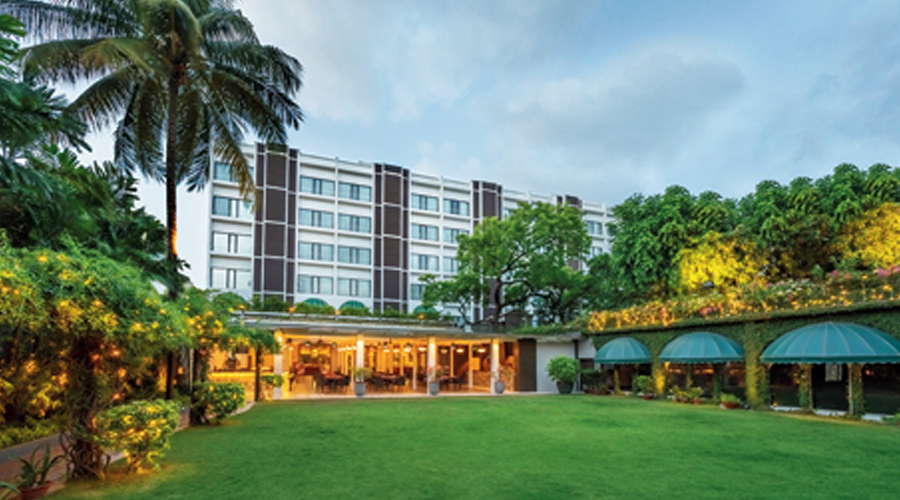 This was originally one of Sir David Ezra’s (a prominent member of the thriving Jewish community in the 19th century) properties. He had a huge expanse of those and his wife used to stay in this building until it changed hands,” said Raju Bharat, as we sat down for a chat in his office, inside the beautiful heritage block of a property built in 1879 that now calls itself the Kenilworth Hotel. The purpose of our visit to the Little Russel Street address was to get to know more about the hotel that started as a humble inn, and trace its journey of 50 long years through anecdotes shared by the second-generation owner of the family-owned hotel business.

It was Raju Bharat’s father M.S. Bharat, who came to Calcutta with the hope of a new beginning after having served in Netaji Subhash Chandra Bose’s Indian National Army (INA). “It was that period in history when there was the Partition. My late parents were living in Hyderabad, Sindh. When we were evicted from our land, he decided to come to Calcutta where his brother already was. The INA too, had disbanded. And at that time Calcutta was a thriving, flourishing city,” said Bharat.

M.S Bharat bought the property where Kenilworth stands today, from an Armenian couple, the Madaths, in 1969. The property had two buildings and one of the two — the heritage building — stands the way it did even today. “Back in 1969, one had to bring their own towel and soaps. I remember seeing this when I was all of eight because that’s when I started coming here. My earliest memory is that we had a lot of foreigners staying and a lot of long-stayers. The whole presentation was very limited. Limited breakfast, no room service, rooms were basic and tariffs were reasonable. A room would cost Rs 50 and would come with a bed, cupboard and fixed meals. There was only one dining room with no chefs but old-school cooks. After we shut our gates by 8.30 in the evening, I remember my father sitting with the guests. They would have a drink or play cards together. It was like a small family,” added Bharat.

The hotel went through a considerable number of changes in the 1970s when the market started expanding, bringing in more opportunities and traffic into the city. It was in 1984 that redevelopment reached completion and the result was a 100-room block. 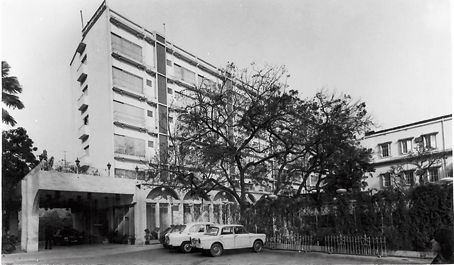 Bharat, who found his calling early on in life, would help his father at the hotel, be it in the kitchen or as the telephone operator after school. “Ultimately, when I went to the hotel school in Switzerland and worked in a five-star hotel in Zurich, I had had 10 years of hands-on, practical experience!” smiled the MD of the Kenilworth Group of Hotels. With a clear idea of the hotel’s positioning and using that knowledge to its strength, Kenilworth Hotel managed to create a whole new category as well as new verticals that focused on F&B. “My father used to say in his own way — four-star property but five-star value. We were a four-star hotel but the facilities we were providing were at par with the five-stars. That was our USP and that was something that took the market by storm. There were hardly any good quality hotels in our category so that was the market we captured. My father created F&B outlets and back then those were limited to certain areas. He started a very successful eatery called the Marble Room and a bar called the Mikado. These were success stories because it was like a new path that was being charted. We started changing rapidly because by then outsiders had started coming in and the footfalls had increased. The hotel was so popular that people like Jyoti Basu used to come in during the afternoons,” said Bharat.

Steeped in history and charm, the Kenilworth Hotel still stands on its 1.1acre plot. It is also the place that Bharat, his wife and children call home. While Bharat’s wife Anjana is hands-on with the functioning of the hotel, third generation of the Bharat family too, seems to take an interest in the family business. “I try to interact with at least 10 per cent of the guests every day. I remember there was this one guest who had given me a very interesting feedback. She had told me that when you shut the door in the room, it makes a sound which was a disturbing sound. There’s a simple technology that we use in which you basically use a kind of a pad in the door, which acts like a buffer between the door and the frame and prevents any sound. It’s a small thing but because that guest had complained about it, we implemented that immediately and the guest was so happy. It was implemented in all the rooms and that must have satisfied many other guests. It ultimately comes down to knowing the guest and personalising the entire experience,” said Bharat, with a smile as he narrated the incident.

While staying relevant after 50 years of operation might seem difficult, Bharat believes it’s constant upgradation that takes care of that problem. “We continuously plough a lot of our profits back to renovating and that’s why we are relevant too. In today’s new age you constantly need to upgrade and we do it every year. We launched the Premier Club in the heritage wing…,” said Bharat.

The Kenilworth brand might be looking at taking their beautiful property in Goa a notch higher besides venturing further in the west of the country and renovating The Big Ben, but one thing that remains constant on their agenda is their concept of hospitality with a personal, homely touch. “My father would always tell me that treat your guests just the way you would like to be treated and we follow exactly that,” said Bharat as we all got up for a tour of the property.

1. The first F&B outlet in the hotel was a bar named Mikado, which was followed by Marble Room. Then came R.B’s Cafeteria in the late 1980s. Marble Room was then recreated, while in place of Mikado, Alcove, a bigger bar,  came up. There was an open-air garden restaurant called Maikhana, a first of its kind in Calcutta. Subsequently, The Big Ben came up followed by Aromas, the coffee shop, and Mae Kong. This image is of the Marble Room from the ’70s. 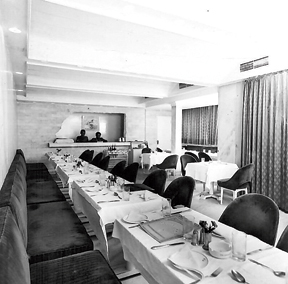 2. From a handful of 15, the staff strength today stands at 220. Most of the current staff or their family members have been a part of the hotel’s 50-year journey. 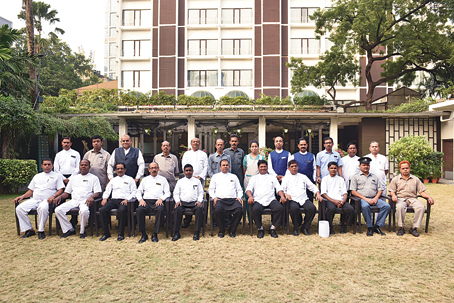 3. A Premier Club room in the heritage wing of the hotel, which is over hundred years old. What used to be a 35-room hotel has a total of 101 rooms today, with seven suites. 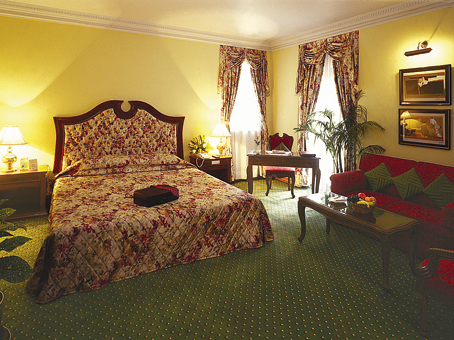 4. Apparently, when M.F. Hussain stayed at the hotel for a month, no one was allowed to go inside his room. Even Satyajit Ray had a particular room where he would usually stay in. (In pic) M.F. Hussain’s paintings at the hotel. 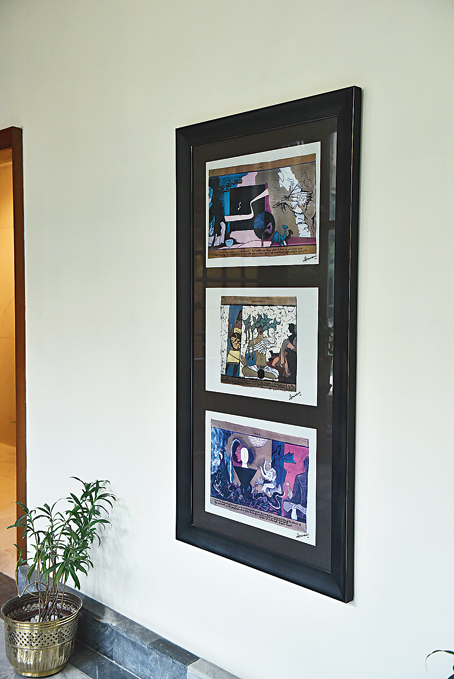 5. Lobster Thermidore, Fish Kenilworth and Baked Alaska are some of the old favourites available at the hotel, which still follow the original recipes. 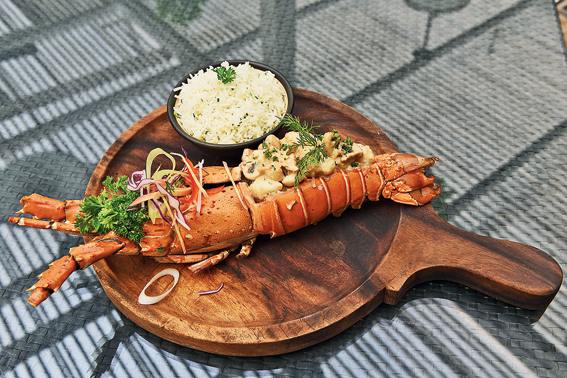 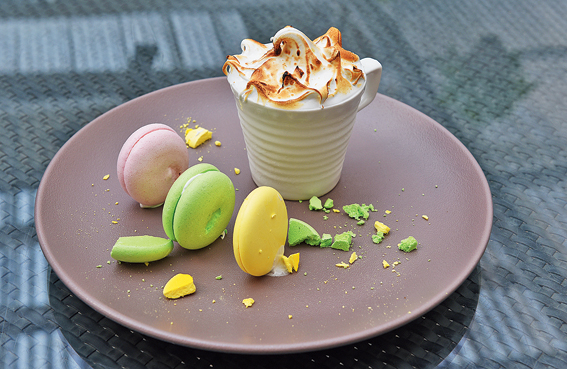