Advertisement
Home / Culture / Heritage / In another eye, another place

In another eye, another place

Two architects pick a neighbourhood each, one ancient and another comparatively new but fast losing the original characters. How would they reimagine these stretches while preserving their legacy 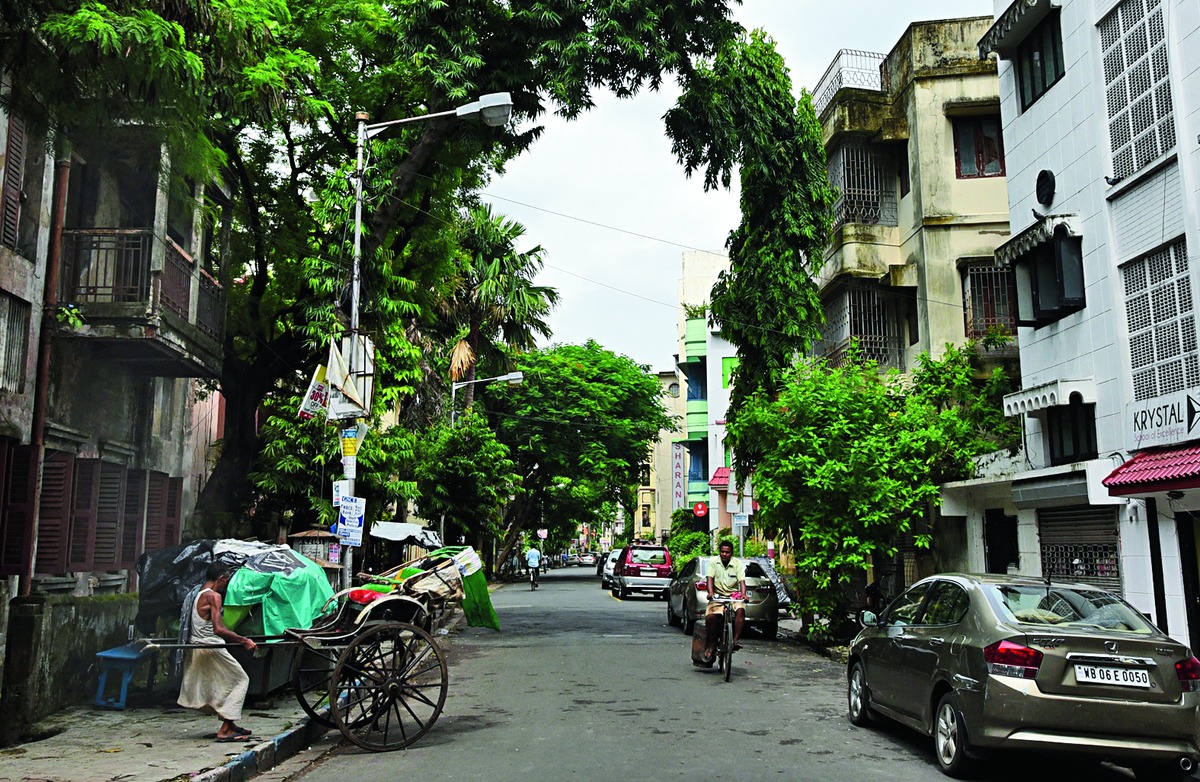 Two neighbourhoods of Calcutta with completely contrasting characters have caught the imagination of two architects - Kamalika Bose, an urban conservationist and founder-director of the firm, Heritage Synergies India, and Abin Chaudhuri, director of Abin Design Studio. The first area is Chitpur Road, the seat of the Bengal Renaissance, the "oldest north-south linkage street" in Calcutta. The second is south Calcutta's Hindustan Park, relatively new in comparison and a posh address.

Historically, Chitpur Road predates Calcutta. As a kutcha road it ran from Chitteswari Temple in Bibibazar to the Kalighat temple in the 17th century. The road got its name from the temple. A notorious dacoit of the region, Chitey dakat, who offered human sacrifices at the temple, could have also lent the place his name. Chitpur Road or Rabindra Sarani, as it is known now, is a curious mix of mansions, bazaars, temples, town houses and artisan settlements.

"A broad range of economic activities unfolds in a sequential manner along this four-kilometre stretch," says Bose. Chitpur Reimagined, a participatory design and planning workshop led by her, initiated a study of the road. The one-kilometre stretch between Jorasanko and Ahiritola was first mapped. It was then divided into four zones based on the urban trades and local economies, architectural character and ethnic diversity of the place.

Zone One is the marble carvers' and musicians' precinct around the Jorasanko Thakurbari. Jorasanko, traditionally, centered around a craft and trade-based livelihood. But, in recent times, opposite the east-facing Thakurbari - the abode of the Tagore family - a giant mall is assuming shape. "The historic fabric of the neighbourhood is changing. The debate between historicity and insensitive change is most pronounced here," says Bose.

Bose calls Zone Two the Mansion Mile. It is dotted with Indo-Saracenic apartment buildings - an architectural style used by the British in the 19th century - with touches of baroque and Art Deco, and the more stately neoclassical mansions of Bengali zamindars.

Among the most dramatic houses here is the Ghariwala Mullickbari, the Lohia Matri Sadan and the Jorasanko Rajbati. The adjoining lanes of Pathuriaghata Street and P.K. Tagore Street are also full of grand mansions.

Opposite the Rajbati is the famed Dudhpatti, busy in the mornings with milkmen and their large vans. "The first couple of hours in the morning are full of hectic activity, while the rest of the time the area is relatively quiet," says Bose. She proposes adaptive reuse of the Dudhpatti during its less busy hours.

Zone 3 has been re-imagined as the Artisans' Mile. It has the sandesh-mould makers, wood, copper and brass utensil makers, screen print and block print makers - some of them operating out of the courtyards of mansions, but most of them on the streets with disintegrating shop fronts.

The fourth zone has no iconic mansions. Rather, it has an urban vernacular façade with slatted windows and verandahs with cast iron grillwork belonging to middle-class homes. Printers, lithographers units and jatra shops occupy the lower levels.

Bose talks about her dream plan as one with "short and long-term implementable components that develops a model while testing it simultaneously".

The strategy for turning Chitpur into an integrated heritage corridor involves restructuring shop fronts and partial refurbishing of shops to begin with.

Unlocking the cultural tourism potential of Chitpur Road will augment livelihoods and re-instil pride in the traditional trades, feels Bose. Alongside heritage walks, one can curate food walks, craft walks and workshops with master craftsmen, to make residents, as well as non-residents aware of the rich cultural legacy here.

Inserting essential urban amenities such as contiguous sidewalks, drinking water and restroom provisions, will also go a long way in bringing people back to these streets. "There is obviously a sense of scepticism among the locals. One has to make them interested in this restructuring and rejuvenation by creating tangible value for them," says Bose.

"Make Chitpur hip" is the rallying call. "By hip", Kamalika clarifies, "one is referring to a perceptual change in the minds of Calcuttans. The idea is to re-instil that sense of place and identity through urban conservation."

Hindustan Park in Ward 86 of south Calcutta is an old settlement that used to be essentially a residential neighbourhood with a liberal spattering of Art Deco and heritage buildings. It used to be the para of linguist Suniti Kumar Chattopadhyay, writer Radharani Debi and former chief minister Jyoti Basu. Today, however, it is more famous for its boutiques and snug cafes.

Even 10 years ago, the para comprised 85 per cent residential space and 15 per cent commercial space. Now, that would be 65:35.

A sleepy neighbourhood off the bustling Gariahat Road, Hindustan Park used to, not very long ago, resonate with the cries of the pheriwala or peddler and the ting-ting of the hand-pulled rickshaws during lazy afternoon hours. Today, it is a busy road at all times, full of cars swishing by and natty shoppers.

Many of the old houses have given way to posh multi-storeyed buildings gleaming with steel and glass. But the para ambience lingers. There are nodal points in the area that rickshaw-pullers, phuchkawalas and pedestrians gravitate towards. "There is a culmination of people at these points," says Chaudhuri. Apart from the nodal points, the local kirana shops, the presswalas, the paan shops are what he calls "the eyes on the street".

Unlike Bose, who focusses on every inch of Chitpur, which is her canvas, Chaudhuri's brush strokes are broad and sweeping. He is furiously working to complete the mapping of the road to make a presentation to the local civic body.

He talks about how he would like to turn the one-kilometre stretch of Hindustan Park Road into a dedicated road for pedestrians and cyclists. "The sidewalks can be done away with and the entire road could be levelled. This would increase the width of the road and enable better utilisation. The road would become a public plaza," he says.

Factoring the volume of cars parked on either side of the road - still an oddity in Calcutta - he says, "The issue of parking needs to be addressed within the public realm." He would also like to add aesthetic street furniture for people to sit on, smart and neat kiosks for the presswalas and chaiwalas and also have shades across the street to protect pedestrians from the vagaries of nature.

Once the preserve of art deco buildings - with cantilever balconies, embellished sunshades, doorways with over-defined edges and keystones on top - Hindustan Park Road now has barely a handful of them.

Says Chaudhuri, "The Kolkata Architecture Foundation (KAF) is looking to adopt heritage property to reutilise them." KAF is a non-profit organisation of which Chaudhuri is one of the founding members. He is in talks with several heritage house owners, helping them find ways of maintaining their property, while making them sustainable through adaptive reuse.

For now, both architects are still busy at their drawing boards, visualising the streetscape through their creative lens. Both have to say that unless they implement their plans at least on a small stretch, it would be hard to get people interested in what they are advocating.