The perfect recipe for a ‘vegan’ festive spread 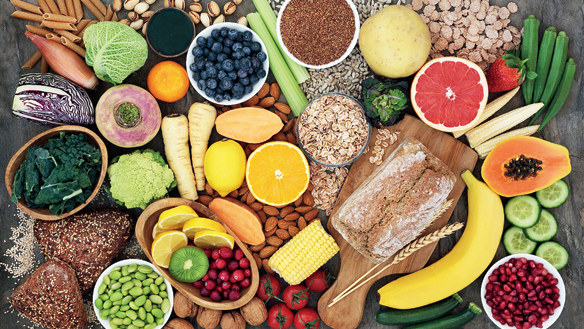 The nation has been using pulses, grains, seeds, nuts and vegetables as a primary source of protein pretty much forever, keeping in mind that up until the ’70s, vegetarianism was still set at around 65 per cent of the population and still around 40 per cent today.
Sourced by The Telegraph
Shaun Kenworthy   |   Published 26.12.20, 12:37 AM

How was your year, Calcutta? It would be a bit of an understatement if we said it’s been a funny one but what else can be said? Depression, anxiety, lockdown after lockdown and threat of more and more lockdowns.... A sudden sense of death around us all, no hugs, no work, no life and trying not to cough in public, even if it was a fly that flew in! Digesting way more news than anyone should ever do in a lifetime, in many different languages and from many different countries and, of course, thinking way too much about who will win the US election! However entertaining all of the fallout from that has been.

My year went something like, busy busy busy, Christmas, busy busy busy, The Telegraph Food Guide launch, next day flew to the UK, six months locked down in the UK with my father passing away, Puja, Diwali, Christmas and in all reality, not all that much in between! This year started filled with work, me celebrating my 50th, coinciding with 20 years in India and the launch of a book but if all goes well, we will get back into all of that in 2021!

Lucky for me and my wife Pinky, we travelled to the UK together, not the original plan as I was just going to spend a couple of weeks with my father who was in the final stages of cancer. Just a few days after India initially closed its airspace for two weeks and practically overnight, he passed away. I can’t tell you how happy I am to have been there for him when he did though. If ever there could be a silver lining amidst murky Covidity!

The year, I can honestly say, has been mentally draining since I thrive on people, conversations and being busy but losing my dad, a day or two before lockdown and suddenly nothing month after month after month, has been an emotional rollercoaster. But luckily, we were stuck in the UK for six months… a country where I knew the language, had a roof over my head, a car to go to the supermarket, unlike many people that found themselves locked down around the world. I had a kitchen to cook in and thoroughly made the most of it. It was a nostalgia overload. Other than the odd dal, curry, sabzi and of course, Calcutta biryani twice a month on family demand! It was primarily Western classics, bread and baking all the way that gave me the opportunity to make a recipe post a day. Something at least to keep me somewhat from being incarcerated, particularly as our two weeks became six months and almost biweekly being informed that flights will start again for sure in the next two weeks….

All of that said, I rekindled my love of the sour dough and had plenty of time to think about life, what has come and gone and, of course, family and with it being a time for festivities. Memories of childhood Christmases have to be the flavour of the season. With the year being such a unique one, this festive season, other than the usual turkey and plum cake, I decided to go all out and give you an alternative and a run-down on ‘alternative plant-based meat’ and ‘mock meat’ that has been sweeping the world. So apologies to all the meat eaters in advance though I do urge you to read on because you all will be fascinated.

I have many chef friends the world over that have in recent years given up meat to become vegan. Maybe way too many years doing butchery and as for me, we eat primarily vegetarian at home these days. I have just gone off meat and find vegetarian much more interesting and have even flirted with the idea of becoming vegan, incredibly difficult with a stubborn fish and ghee-worshiping Bengali wife at home though and I wouldn’t ever go so far just yet that if someone invited me home for dinner and placed a beautifully cooked roast in front of me, that I could refuse.

This whole thing is a lot simpler than it sounds and I think India is probably the best place to start with this. Particularly with India being by far the vegetarian capital of the world and country built on plant-based protein. The nation has been using pulses, grains, seeds, nuts and vegetables as a primary source of protein pretty much forever, keeping in mind that up until the ’70s, vegetarianism was still set at around 65 per cent of the population and still around 40 per cent today. Although, I do have a feeling that that number is possibly underestimated.

Let’s start with alternative dietary requirements before we get to protein. India has many diverse and interesting seasonal crops that are used to their fullest in every traditional household. Just think about the diverse offerings of breakfast to start with. The great Mumbaikar’s vada pav. My favourite Indian pizza, uttapam and those gorgeous savoury doughnuts and let’s not forget those fresh healthy delicious chutneys. A gobi or mooli paratha in season, a plate of poha and I am still in love with the peppery ghee-dripping lady better known as Pongal, and a big mention here for what has internationally in recent years become classified as the champion of meats, the humble yet meatily fibrous jackfruit! As alternatively meaty as it probably gets!

Then onto the proteins. Practically every state has something not seemingly overtly vegetarian, particularly as western nations would look at a plant-based diet. Although they are catching up fast. Let’s start with a bowl of dal, a meal in itself, chole bhatura, rajma rice etc. Then moving on a step further. Kadhi Chawal, gatte ki sabji or dal sausages as I like to call them, dhokar dalna etc. All incredibly complex dishes derived from pulses. And although it’s made with milk, the whole landscape of vegetarian eating in India would look very different in modern times without paneer.

Now we can start thinking internationally and you would be amazed how most of the Gen X hashtag trending chatter about meat-free mock meats are based on age-old recipes and principles. Various rice varieties are packed with gluten that when cooked, holds together. Take rice noodles, tapioca, maize starch, yam, all have sticky starches that make it easy to add flavour and texture. Tofu-making is an age-old practice that has many differing tastes and textures — smoked, dried, aged, fermented. Even the skin is used to wrap and roll. Thereafter, adding interesting flavour combinations where you can end up with products that taste like chicken, beef, sausage, seafood and others.

Next, we come to high-protein non-meat substitutes. This is where a lot more science and tech comes in but to start with. Everyone in India has known TVP for years. That texturised vegetable protein. Made from soy, if you are clever, it makes a great keema and the chunks, one of my favourite staff meals so the idea is not so unfamiliar.

There’s a war currently raging on to find the best plant-based source of protein at the best price, with the holy grail being around 27g per 100g! But the tech is still expensive and so are the retail prices. Indian mock meat alternatives have recently started popping up from soya chops, vegan tikkas, veg meat, plant-based chicken, vegetarian bites etc. I bought a bunch of them online from Amazon recently and some of them I can honestly say are really good with textures of chicken and lamb. Some quite neutral in flavour so you can marinate and some really nice and spicy, dry as well as curry. But I really do think that India should have been the market leader in this years ago, particularly with 500 million customers on your doorstep, so no time better than the present. And just so we all feel a little festive, the following recipe is great. I first tried it around three years ago, filled with apprehension but the result was brilliant!

Shaun Kenworthy is a chef, columnist and F&B consultant