Advertisement
Home / Culture / Food / Women of taste: Picking out dishes we love that are named after the fairer sex

Women of taste: Picking out dishes we love that are named after the fairer sex 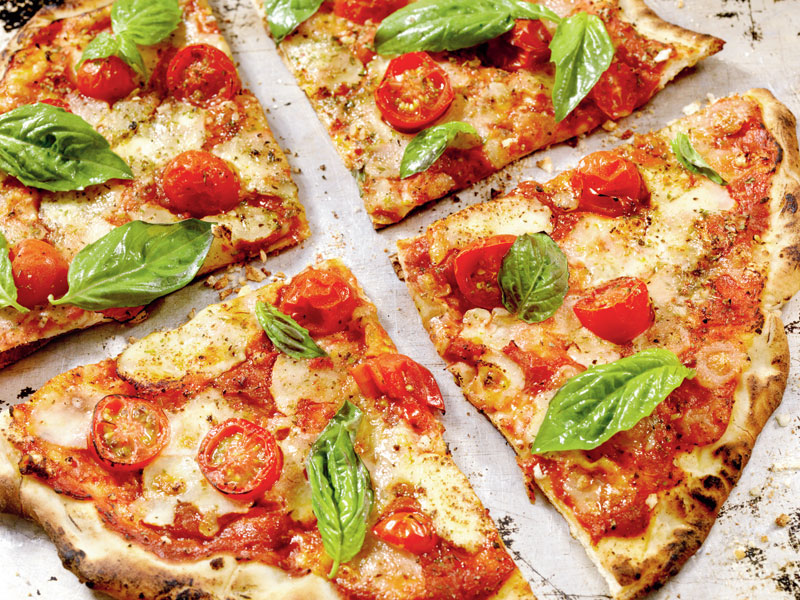 Well, it’s Women’s Day and for some reason, my mind drifted to a rather innocuous episode that ensued not such a long while ago and left me rather nonplussed. So I had gotten back from this food award night where we had won an award and I had had the honour of accepting it on behalf of the team. On getting back home, my younger daughter, all of five, went on her usual tirade to extract a lowdown of the event, something she likes to do and save as ammunition for later reference. This time she was quick. She exclaimed loudly, “Dad, how could you receive an award for good cooking when you can’t even cook as good as mom?”

While I was trying to come up with a smart one, she went full frontal and proclaimed “Even daadi cooks better than you, and all she cooks is vegetables and sweets!”

Now, all married men know well that when one comes back from an award function where they have had the opportunity to get slightly high on success and other variables, and if any reference is made to the culinary competencies of the spouse, it’s hardly a multiple-choice inquest. If anything, it can be a trick question, the answer of which determines the general geniality of the household for a while. With the chuckles came three sets of prying eyes and I immediately went on the defensive, said something that loosely meant ‘Well, kid, I won because nobody nominated them’, the full nuance of the statement only dawning later on me.

From time immemorial, the woman of the house is seen as the nurturer and someone that ensures that the family is fed and nourished. I remember an animated conversation once with my fellow chefs on a panel where we were trying to figure out how is it that we get the best ingredients in the world, cook with all the technique and resources, and yet, when we are asked what food we love best, it always invariably is the food that our mothers cooked! In fact, in most high-profile cooking competitions of the world where chefs and aspiring chefs use all their skill and imagination, the most notable dishes are more often than not the ones that drive inspiration and influence from childhood memories. These firmly etched memories are usually of the foods cooked by mothers, grandmothers or other female members of the family and remain favourites, even in the sea of way more sophisticated dishes.

I’m yet to meet a chef that does not accept that their earliest food inspirations have been from their mother’s cooking and that if given a chance it is what they enjoy the most. Like with many other gender-specific albatrosses, as a society we have gendered food roles and I honestly think we are not quite fair about acknowledging the wonderful roles that mothers and the female members of the families have played in moulding modern cuisine as it stands today. We have been consumed so overwhelmingly in creating the proverbial ‘food for the Gods’ that we have somewhere along the way failed to recognise the real ‘Gods of the food’ — our women.

In the light of the above, it is more than slightly ironic that most high-volume commercial kitchens remain an overwhelmingly male-dominated workspace, but it is nonetheless true that many iconic food dishes have derived inspiration from women and quite a handful of them have become culinary legends, prepared all over the world. Many of these dishes and food items have become so much of a part of our day-to-day food habits that we hardly care about how these came to be called such, so this Women’s Day let us try and find a little bit about these iconic women and the history of the archetypical nomenclatures that made these dishes truly classical and historic.

The humble, top-of-the-menu card pizza at most pizzerias all over the globe has a rather interesting story of its origins. Legend has it that this particular pizza was named after Queen Margherita of Savoy. The pizza was created by the royal pizza makers of Naples in Italy who had express instructions to make something different from the gourmet French cuisine that the queen was apparently tired of.

The pizza maker called Rafelle Esposito created three different pizzas, out of which the queen approved only of this one. It is interesting to note that this pizza is among the simplest pizzas with a total of three ingredients and is also vegetarian, something not quite popular among the royals of the time. Also, some sceptics have always sniggered at the coincidence that the colours and ingredients of the pizza are the same as those of the Italian flag — white from the cheese, red from tomatoes, and green from basil. Nonetheless, pizza Margherita is undoubtedly among the most widely accepted Italian dishes across the world, India included.

The iconic, simple dessert of vanilla ice cream, poached peaches and raspberry sauce has graced restaurant menus all over the world for more than a century and continues to do so. The dessert has ostensibly been named after Nellie Melba, the famous opera singer who is said to have been staying at the famous Savoy hotel in London in the late 1800s when the chef of the hotel, the famous Escoffier, created this dish in her honour.

It is believed that Ms Melba had gifted the chef some coveted show tickets for an opera named Longerhin, which featured a breathtaking boat in the shape of a swan. So the chef took inspiration from it and presented a dish of peaches and ice cream atop a swan carved out of ice. He even called it Pecheau Cygne, meaning ‘peach with a swan’. A few years later he named it Peach Melba and the dish became a superhit once it started to be served at the iconic Ritz Carlton of London.

Few among us would have ever thought that the almost obligatory companion to our morning tea and of our fathers and theirs — the ubiquitous Marie biscuit has a rather alluring tale of its own. The humble confection is said to have been named after the Russian princess Maria Alexandrovna, who was the wife of Albert, the Duke of Edinburgh, the second son of Queen Victoria of England. The story goes that a pastry chef from London working at the famous biscuit-making company Peek Freans made a simple round biscuit of flour, oil, sugar and vanilla with the name of princess ‘Maria’ stamped in the middle of each biscuit. He also decorated the edges of the biscuit with the Greek ‘key’ pattern, a decorative template which was very popular in Russia during the time. Most Marie biscuits still look exactly the same.

While we all have heard of the famous Bengali dessert oddly called ledikeni, few among us would have ever tried to venture past the syrupy, thickened milk interior and the gorgeously sticky texture of the famous sweetmeat, an inimitable part of all festive celebrations in Calcutta and Bengal. The name of the sweet is, in point of fact, a localised alternate pronunciation of Lady Canning, the wife of the then governor-general of India, Lord Charles Canning. Legend has it that the special dessert was prepared by the fabled confectioner Bhim Chandra Nag of Calcutta in her honour, during her stay in India from 1856 till her death in 1861. It is said that Lady Canning got so fond of the sweet that she used to ask for it at all the gatherings and celebrations that she hosted and, in time, this particular dessert came to be known by her name — Lady Canning — which later got lost in translation and pronunciation, well, sort of.

Among the most famous cocktails in the world, this spicy tomato juice and vodka concoction has a less-than-savoury story on how it was named. The cocktail was apparently named after Mary Tudor, the daughter of the King of England, Henry VIII. The ‘bloody’ bit refers to the fact that Mary is said to have murdered thousands of Protestant Christians in the name of Catholicism, which earned her the nickname Bloody Mary. According to some sources, the tomato juice represents the blood and the ‘firewater’ vodka is symbolic of the brutal means of executing the martyrs.

There is another story that says that the cocktail Bloody Mary was named after a waitress named Mary from the infamous Bucket of Blood bar situated in Chicago’s drug cartel-dominated areas. In any case, Bloody Mary is among the drinks with the strongest culinary touch, what with horseradish, tabasco, black pepper and even celery and sometimes clam juice being a part of the cocktail, and is also had as a hangover remedy.