Breakfast truly is a standout meal — Lockdown realisation of a millennial

There are realisations and a better understanding of everyday things, like breakfast — the whys and whats, the confounding history, meandering trajectory and varied preparations 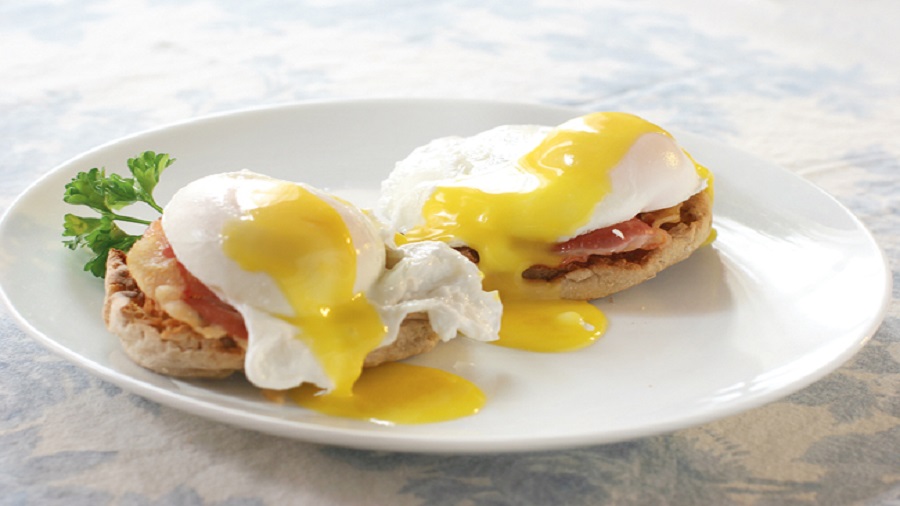 Eggs Benedict is a dish preferred all over the US, which had its birth in New York. English muffins, poached eggs, and ham or bacon served with creamy Hollandaise sauce make up this wonderful dish.
iStock
Priyanka Roy (t2 Intern)   |   Published 22.07.20, 10:02 PM

Breakfast is that meal of the day which many of us millennials consume half-asleep, lazily in our pyjamas just out of bed or sometimes, even in bed. For some, it is just a quick bite while rushing out of the house in the morning. Often, a cup of piping hot tea or strong coffee. Breakfast doesn’t quite sound like the usual routine for many of us. We often tend to ‘break our fast’ with what sounds like a word straight out of a millennial’s handbook — brunch.

The sudden pandemic resulting in the prolonged state of lockdown has changed the lives of millennials in significant ways. While for many life has turned completely upside down, for some the order of things has just fallen back into place. Life and the pace with which it moves has suddenly slowed down. With extra time in hand, there’s a whole new appreciation for simple things in life. There are realisations and a better understanding of everyday things, like breakfast — the whys and whats, the confounding history, meandering trajectory and varied preparations.

“Breakfast is the most important meal of the day”— is a familiar statement yet I never understood its importance until a few days into the lockdown, when I spent some time in preparing a hearty bowl of breakfast that came with a surprising increase in energy levels and a lift in the spirit. The curiosity was further quenched by stumbling upon the surprisingly strange history of breakfast.

The History and Trajectory

Breakfast wasn’t conceptually so at its outset. The concept developed over the years in Europe and then America specifically, with the influence of religious didacticism, culture, digestive abilities, physical well-being, lifestyle, and of course, branding and marketing. The labelling of various meals since its inception has a perplexing trajectory too. By tracing the etymology, one can know that the word ‘dinner’ implied ‘break(ing) the fast’. But over the years, dinner has become that meal we consume in the later half of the evening. Breakfast, on the other hand, had always signified the morning meal as we understand it even today.

Coming to the breakfast culture closer home, a typical, traditional Sunday breakfast at any Bengali household would comprise of luchi with chholar dal, a light and aromatic potato curry or kochuri with aloo-r torkari and jilipi.

The cookbook titled Thakurbarir Ranna by Purnima Tagore, on the Tagore family’s culinary traditions, lists a wide variety of food in the ‘jolkhabar’ section that is a clear amalgamation of the traditional and Western influences. It mentions dishes like koraishutir kochuri, chirer polao, upma, ghugni, lauer halua, sujir malpoa, rutir pudding along with dishes like cheese toast and cheese straw. Many of the dishes mentioned here are still popular in a Bangali bari and are consumed as breakfast food regularly.

Progress towards the Industrial Revolution in England in the 18th century and with facilities of export and import, the breakfast menu for both the elite and the middle class got a luxurious makeover. A separate room was dedicated to the morning meal, called breakfast parlour that signified opulence. According to researchers, the themes of breakfast remain similar globally even today. Think grains, dairy, and protein, alongside a hot beverage. However, it’s safe to say that the menu is and has always been class-specific. Breakfast became an established culinary tradition during the Victorian era with bacon and eggs finding a permanent place on the menu, giving rise to the concept of a ‘full English breakfast’ central to the British national identity. The lavish breakfast menu included eggs, hot cereals, fresh fruits and toast with butter and jam with coffee and tea.

The Full English Breakfast
Sourced by the Telegraph

Cereals are the go-to, healthy, easy-to-arrange, quick-meal option that is preferred as a household breakfast food, globally, even now. However, flaked cereals was an “accidental invention” in 1894 by John Harvey Kellogg and his brother Will, yet its marketing was strategically planned giving it the popular status it enjoys till today. It changed the concept of breakfast consumption forever and made it easier and convenient.

Interestingly, the end of the 19th century saw the inclusion of breakfast recipes in cookbooks. Corn-based food gained a certain popularity as breakfast food as it was considered inexpensive and filling. Granola, oats, buttermilk biscuits, and other instant breakfast food started getting popular post-1920s.

Breakfast in the 21st century

Breakfast as a concept often indicates a private affair — the morning meal that one consumes at home. It has often been used in movies to indicate the normalcy of life and routined structure of life. However, with the mushrooming of the cafe culture around the globe pre-pandemic, the concept of ‘breakfast date’ became quite popular with millennials. Even though indulging in breakfast as a part of the routine life became alien to them.

India: As is known to all, India’s unity lies in its diversity and it holds true for food as well. In our country, different regions have different breakfast staples. Some of the common breakfast dishes are dosa, idli and upma from the southern parts of India; flat rice with yoghurt, sugar, milk or jaggery from Assam, puri-sabji or luchi, kochuri and torkari or aloo dum or chholar dal from Bengal; puttu made from rice and coconut from Kerala; poha from Madhya Pradesh; stuffed paratha with pickle and butter from Punjab and sattu paratha or sattu litti from Bihar; and thepla from Gujarat.

Vietnam: Pho is the usual breakfast dish, a noodle soup with meat and veggies that is mildly spicy.

Turkey: The sesame-coated Turkish bread, simit, is served with boiled eggs or omelette, cheese, olives, honey, tomatoes, cucumbers and/or fruits along with Turkish coffee or tea. Sometimes spicy sausages are also part of the meal.

China and Southeast Asia: Congee is a porridge made of rice served with a wide variety of toppings in various places of Southeast Asia. Dim sums and dough sticks served with soy milk are also popular in China.

Spain and Portugal: Fried doughnut sticks or pastry served with a thick chocolate dip is a popular morning meal in these regions. Toast topped with a spread of grated tomato is also popular in Spain. Milk coffee is popular in Portugal.

USA: Eggs Benedict is a dish preferred all over the US, which had its birth in New York. English muffins, poached eggs, and ham or bacon served with creamy Hollandaise sauce make up this wonderful dish.

Egypt: Ful medames, a stew, is the national breakfast dish of this country, made with fava beans and boiled eggs garnished with parsley.

Brazil: Pao de queijo is the most common breakfast in this region. It is a type of bread cheese served with coffee and ham. Feijoda, a black bean soup with a variety of meat, is also considered a morning dish.

We got in touch with two F&B brands in the city that never lets us down with their breakfast offerings: Flurys and Artsy — Coffee & Culture for, some yummy breakfast recipes.

“Breakfast is definitely the most important meal of the day as it provides fuel for the rest of the day. It helps to start the day on an energetic note,” is the first thing that nutritionist Hena Nafis told us when we asked her about how important breakfast truly is. She further pointed out various benefits of not skipping breakfast. “People who eat breakfast generally have lesser food cravings during the day and won’t binge at irregular hours. Also, having a heavy meal at one go is not right. Breakfast helps to avoid that. It helps to keep blood pressure and blood sugar levels under control. It helps to have a good memory and also keeps us in a better mood. It helps to kick-start metabolism in the morning that usually slows down while sleeping.”

For those who have taken the path of intermittent fasting or often use that as an excuse (guilty as charged!) to not eat in the morning,

Hena has a word of caution. “Intermittent fasting has become a rage now and they say that breakfast is not important. But that functions on a different tangent altogether. The old school did associate breakfast with body weight. But if people binge on food at odd hours then they will get heavier. A proper meal will help them to keep their weight balanced,” said Hena.

Regarding the right time of eating breakfast and the kind of food that one should consume, Hena said, “There is an adage that says, “eat breakfast like a king, lunch like a prince and dinner like a pauper”. But rather than having a heavy breakfast, it is important to have a nutritious breakfast. Less sugar and less oil would definitely make a healthy breakfast. And the ideal time to have breakfast is within an hour or two after waking up. As far as the food is concerned, it could be anything healthy according to your lifestyle. Need not always be cereal, egg, or toast.”