The main topic of conversation before any outing revolves around food 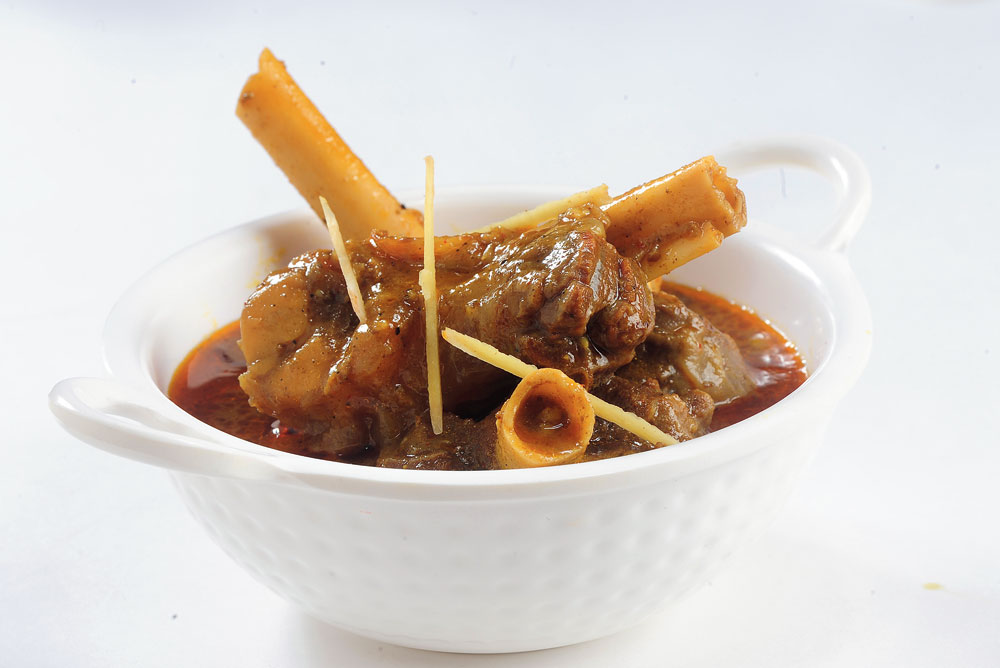 We would gorge on kosha mangsho (mutton curry) and hot rotis and vegetable curries in the evening
Telegraph picture
Anjan Chatterjee   |   Published 20.04.19, 01:10 PM

It is “a truth universally acknowledged” that the most invigorating and splendid conversations take place while we have a plateful of food in front of us. Food and conversations have always gone hand-in-hand, whether we are crafting out world policies or company policies or even family events. Somehow the idea of sitting together around a table inspires myriad topics of conversation.

Just visit a coffee shop and you will see it’s a hotbed of discussions and arguments. And all, with a platter of food in front. Is it the food that inspires these conversations? Or vice-versa? In this we can see the concept of adda which happens over a simple cha (tea) and shingaras (samosas) or jhaal muri and phuchkas. Of course, nowadays the next gen doesn’t call it adda. They call it “chilling together”.

The key to a great potluck

The concept of adda took root among friends and was initially limited to festive occasions and weddings. More often than not, conversations would take place on a rock or on rooftops or terraces of the house. It was claimed that this art of conversation not only helped the Bengal Renaissance but also proved to be its cultural soul.

They say that a family that eats together stays together. When I was young this was the innate rule in our house. We would all have the evening meal together. And while we would gorge on kosha mangsho (mutton curry) and hot rotis and vegetable curries, we all had to relate the events of the day. My father would ask each one of us (we were four brothers and sisters) about what happened in school or college. As I grew older, sometimes these conversations would veer towards politics or even philosophy. The funny thing was that we would be so involved in discussions that we would forget to eat, or eat double our usual portion.

I remember when a cousin of ours would sometimes join us for dinner. He was in the armed forces and a great conversationalist. He would then regale us with his adventures on the front line. We would listen agog till our hands would dry up. Yet we would not get up, knowing that once we did so, the conversation would die out as we all had to do our respective chores.

During my childhood, the biggest event would be an outing with the family and cousins. Of course, our main topic of conversation before any outing would revolve around food. If it’s a picnic, do we take mangsho and luchi or only aloo dum (potato curry) and luchi? And so the discussion would go on and on.

As I recall, it was during my summer holidays when we had decided to go to Darjeeling. There was a prior get-together at our house to discuss the itinerary for the trip. It was a lazy Saturday morning.

All the aunts and uncles and cousins trooped in with packets of sweets. And while we — the children — played around, the elders sat around the table to discuss over luchis and phulkopir tarkari (cauliflower curry) and deemer devil (egg chop) or ghuguni (lentil curry). All sitting and giving their elevated opinions on what we should do in Darjeeling, where we should go and how many woollies to carry.

Yes, this was the adda where everyone was busy giving their opinions, sometimes moving to friendly squabbles. I personally found the deemer devil salty and I told my mother so, yet everyone found it delicious. My mother gave me a solicitous pat on the head and smilingly said: “The secret to a great potluck is not great cooking but great conversations.”

My work involves a lot of travelling, especially abroad. While in Dhaka, during the month of Ramazan, a close friend had invited me for Iftar (breaking of the fast). The table was richly laid with dates, challah (a special kind of bread), a Moroccan dish whose name I cannot recollect and a variety of juices.

After the prayers, the whole family sat together to eat. What intrigued me most was that they were more focused on their conversation rather than their food. Their belief is that a shared meal is a simple concept towards strengthening relationships.

The Chinese too have a similar concept of community eating whereby a large family partakes food from a single large bowl while conversing on the happenings of the day.

Today our lives have become so digitised and mechanical, that long conversations are slowly dying out. The dynamics of the adda amongst the younger generation have changed our lifestyles. No one has much time. Consequently, the art of the adda has significantly decreased to an occasional banter or an occasional drink. Now it’s the WhatsApp era. It is not surprising to suddenly see a message on my mobile phone saying, “Dad, hvgn out. Not etgdnr.”

Having said that, I have faith that this art of conversation still survives in a few of us who are able to recollect those glorified days of ceaseless addas. And it will continue to survive in the social networking era, though in a new avatar.

Anjan Chatterjee is the chief of Speciality Restaurants, which owns Mainland China, Oh! Calcutta, Cafe Mezzuna, Sigree Global Grill, Hoppipola, Asia Kitchen and more. And yes, he is a foodie!

Japanese chef has Indians eating out of his bowl