Advertisement
Home / Culture / Books / What would Dickens, Dahl and Leela Majumdar talk about? 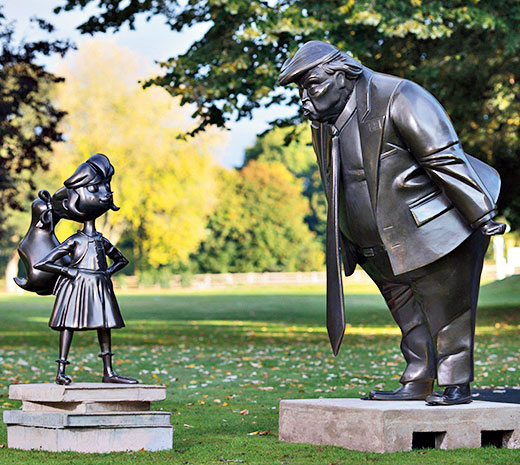 If, hypothetically speaking, Charles Dickens, Roald Dahl and Leela Majumdar were stranded on an island, what would the three writers have talked about? A fair guess would be besiegement, not their own but that of children. Some of their most celebrated works — Dickens’s The Life and Adventures of Nicholas Nickleby, Majumdar’s short stories, “Lokhhi” and “Pilkhana” and Dahl’s novel, Matilda, which has turned 30 this year — are layered expositions of the entrapment and exploitation of children within institutions — the school and the family — that are, ironically, meant to care for them.

Dickens saddles Nicholas with an insensitive uncle and a malevolent employer, Wackford Squeers; Lokhhi is locked up by the matron of a boarding school for feeding jam to a cat; Matilda, a child prodigy, is taunted by her father for her love for books and, worse, has a bully for a principal in the form of Trunchbull. Each of these works upends the adult-child relationship, stripping it to reveal the source of the asymmetry: the power that binds children to adults in life.

Matilda and Lokhhi also expose the need for such debased power: anxiety in adults whose sense of order and authority is threatened by gifted children who have seen through the ruse of discipline which, in essence, is a means of control and surveillance. Neither Trunchbull nor the Wormwoods, Matilda’s parents, are ready to recognize her special abilities that include, among other things, telekinesis. Lokhhi’s ‘belligerence’ is seen by the matron as an act of resistance to her authority; her autonomy is thus untenable to adult sensibilities. Equally, Nicholas’s befriending of Smike — who is abused by Squeers — threatens the very edifice of power that Squeers had built for himself.

Nicholas, Matilda and Lokhhi are not victims in that their retaliation, when it comes, compensates for their sufferings. Nicholas beats Squeers to pulp; Trunchbull faints after Matilda makes a chalk move with her power; ghost children gift Lokhhi joy and companionship that adults, she realizes, are seldom capable of.

Matilda and her peers thus rekindle the hope that the avenger need not always be an adult; the seemingly powerless can tilt the scales of justice too. Fittingly, in Great Missenden, where Dahl lived for years, Matilda, this one is made of fibreglass, continues to confront the modern Trunchbull — Donald Trump. Is it not time India, too, erected a statue of Lokhhi blocking the prime minister’s path?