Advertisement
Home / Culture / Books / The Illuminated: A perfect metaphor for ebb and flow of woman’s life

The Illuminated: A perfect metaphor for ebb and flow of woman’s life 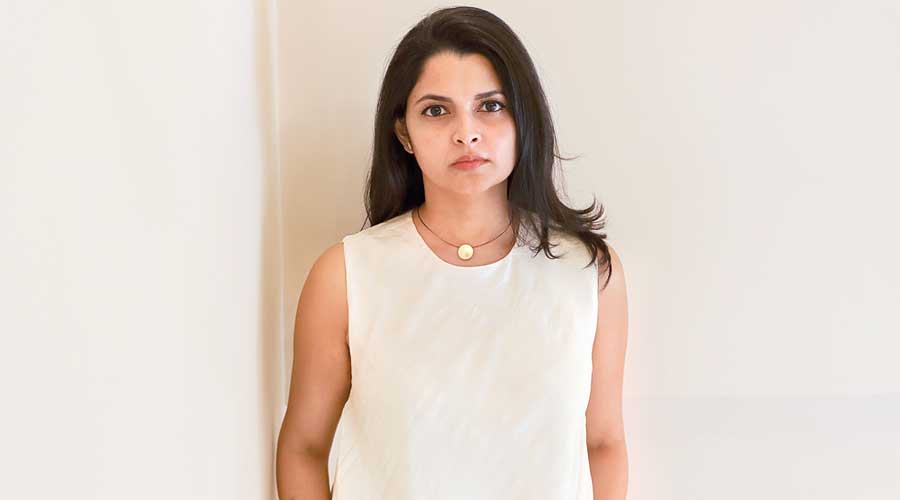 By the time I had reached the last chapter of The Illuminated (HarperCollins India), there was a strange urge in me to finish the remaining few pages sitting by a waterside. While city life and the restrictions of lockdown limited the thought process, it gave me an opportunity to delve into this sudden, urgent yet inexplicable need.

Anindita Ghose’s debut novel is the story of Shashi and Tara Mallick –– a mother-daughter duo who lose the most important man in their lives in the very first page of the book. Robi Mallick is a character so erudite, flamboyant and charming that any sense of self pales in presence.

His wife Shashi, the former Jadavpur University scholar who had read Hegel’s texts in their original form, now struggles to understand her relationship with every object and person around her, without the overpowering shadow of her husband.

Her daughter Tara, a Sanskrit scholar plagued by love for an older visiting professor, tries to comprehend the changing dynamics of a personal and professional relationship burgeoning in the enclosed walls of an educational institution.

However, these strong men, both in superlative forms in their career, do not intrude in the tale that belongs to Shashi and Tara alone. This tale is about women and their journey as protagonists –– a tale where the light doesn’t stop shining on them when they falter.

In the backdrop of this tale is Kalidasa, a politically charged Mahalakshmi Seva Sangh with severe religious fundamentalism and that one moment of realisation that dawns on women about their self-worth when their back hits the wall –– that moment of ‘illumination’.

Be it a fiercely independent KC Meenakshi who dreams of a different world order, or Shashi who believes in the ability of her work to touch lives or Tara who suffers despite being acutely aware of what she deserves, these women continue to flow like a river, on their journey like they were meant to. I could perhaps finally explain my need to sit by a waterbody to finish the book…?

We spoke to the debutante author Anindita Ghose — a Linguistics and Semiotics graduate from the University of Mumbai with an MA in Arts Culture and Journalism from Columbia University, and a Hawthornden Writing Fellow — about the book that releases on July 30. Excerpts…

Could you please reflect upon the name of the book — The Illuminated?

The novel has a lunar scheme, from the chapter titles to the character names. The Illuminated is a reference to the various women in the book who wax and wane through its pages.

Tell us about the inception of the book.

I know the day I started thinking about this story. It was in August 2015 on a taxi ride to Bhutan’s Paro airport from the Mountain Echoes Literary Festival in Thimpu. At the festival, in a session about process, the writer Janice Pariat had spoken very eloquently about how writing fiction is sometimes about knowing your destination and sometimes just about seeing what your headlights reveal. I had been dragging my feet on a non-fiction book about an artist at the time. I realised that writing fiction is what I really wanted to do even though I had no idea where it would go.

Stories for me start with an image or a specific emotion. I had the image of a woman who has suffered a great loss but all she wants to do is have a cup of tea. The cup of tea is all the things she wants for herself. I wrote it as a short story at first. I submitted it everywhere I could but it was always rejected with kind notes — it wasn’t self-contained enough to be a short story. Over the years it expanded into a novel.

How important was it for you to have the book rooted in Calcutta?

It wasn’t how it started. The woman looking for tea was always Bengali but she was not in Calcutta. Her story takes us there. To build a story we must first excavate and as writers I suppose we choose to excavate in places we know we will find riches. I was born in Calcutta but my parents moved to Bombay soon after. Though the city has its own failings, for me it is flawless, frozen in time as the city of my grandparents — of tiny shingaras, two-hour lunches, Christmas at Park Street, Didu’s stories from Thakurmar Jhuli and carrom and card games. I spent almost all my summer vacations there, split between my grandparents’ homes on two ends of the city. More recently, my father-in-law, who grew up in north Calcutta, has been regaling me with his memories. I see Calcutta filtered through these lenses of love and nostalgia. How could I not find my way back there?

Was there research involved for any particular sphere of the book?

I read Simone de Beauvoir’s The Second Sex very closely —though there have been so many later feminist texts, her book is still very relevant. We have not overcome some of the things she writes about back in 1949. Shashi is a student of comparative philosophy at Jadavpur so I made brave attempts to read Hegel and Sri Aurobindo — my family is related to Aurobindo Ghose but that didn’t make it easier.

For Tara, since she’s a young Sanskrit scholar, I read Sanskrit poetry in translation. But research for a novel is never just about facts. It is about psychological insights, studying the ether, seeing more than what is in front of you and putting that in words. That is research you have done your entire life.

Repeatedly turning to the elusive language of Sanskrit, did you ever fear alienation of your readers from your characters?

It’s all in translation. I’m not a Sanskrit scholar myself so I assume that everything I have understood, my readers will as well. If the book can instill some degree of interest in non-liturgical Sanskrit literature, that would make me happy. That’s one of the questions I’m interested in: ‘What’s on the other side?’ Classical Sanskrit literature boasts of an exquisite canon of poetry devoted to love and erotica and also socio-political commentary. But when we think of Sanskrit now, we only think of shlokas.

What led to the insertion of strategic MSS posters throughout the book?

I wanted to show the growth and articulation of a vigilante organisation like the Mahalaxmi Seva Sangh (MSS) and posters seemed like a good and efficient way to do that. It is also a bit naughty, isn’t it? Let’s not give away too much here!?

As a debut author, what were your learnings?

That you only start writing your book after you think you have finished your first draft.

Is there a part of you that has thought about not letting go of Shashi and Tara just yet?

I tend to labour a lot over things. I’m not spontaneous, I over prepare. Like if I have to moderate a talk with a writer, I have to read all their books or I’m plagued with guilt. I don’t think who you are as a person changes very much when you become a novelist. So my approach to novel writing was depressingly laborious too. I read the manuscript so many times and worked on so many rounds of edits that I can recite sections from memory. So despite my fondness for my characters, I’m happy to see them make their way out to the world. A part of me will always remain protective. Shashi is a loveable character, you want to root for her. Tara is a tough one and more than being loved, I want her to be understood. I think being understood and accepted for who you are is more important than being loved.

Is there already something else on the table?

I just wrapped up a screenplay I was roped in to adapt from its setting in New York to Bombay and that is supposed to go into production this year. I thought I would focus on short fiction and freelance art journalism for a while. I hadn’t expected to commit to another novel so soon but it seems to be rearing its head. It started with an image and something in the news.