The Jharkhand government had banned his second book The Adivasi Will Not Dance. He is now ready with his third 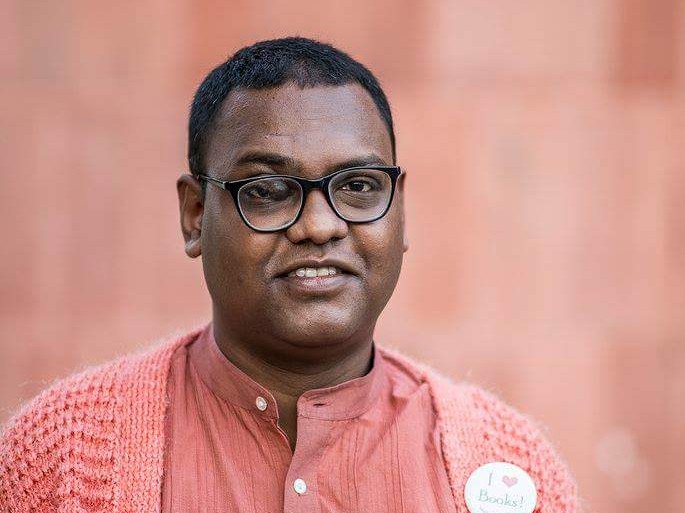 Writing cannot be done with a closed mind, a work of art cannot be produced sitting inside a predefined box, with the thought that since one is representing a community one should present only the best aspects or present one's writing with palatable words: Hansda Sowvendra Shekhar
Image: Speaking Tiger
Saloni Meghani   |   Published 02.01.19, 10:56 AM

Did the ban shake you? Did it affect your process in any way?

I will be honest. Yes, the ban shook me. More than the ban, those attacks on the social media shook me and scared me. Also, I was suspended from my job, not for embezzling funds or neglecting my duty, but for writing a book, and that suspension made me feel terribly indignant and helpless. But I am thankful for the overwhelming support I received from all over. So my writing was not affected. I was determined that if my writing can have such effects, I will certainly not stop writing. And that is how I kept on writing. During my suspension and while The Adivasi Will Not Dance was still banned, I started and finished writing Jwala Kumar and the Gift of Fire: Adventures in Champakbagh (a children's book) and started putting together the manuscript of My Father's Garden. And I wrote essays, book reviews, did some translations. I just knew that I had to write, no matter what.

The Mysterious Ailment of Rupi Baskey was told as an insider of a community. In the short stories, though, there was acknowledgment of an outsider’s point of view. Would you agree?

I borrow from my own memories and experiences when I write. So I am there in my stories although I might only be narrating the story and not be in it as a character. Does this make me an insider? Possibly. Does this make me an outsider? This too, possibly. Being an insider or an outsider is something I do not really think about while writing a story because, when I am writing a story, I am mostly concerned with telling that story in the best possible way. I choose a point of view that would enable me to write/tell a story in the best way and then I shape my craft accordingly.

How does identity affect storytelling?

I think storytelling is often an assertion of one's identity. This assertion can either be in-your-face or subtle, but in whichever way it is done, this assertion is a good thing.

For example, early in 2018, I read Anjum Hasan's new book of short stories, A Day in the Life, and wrote a review of it. Now, Hasan is a Muslim. In this book, there is a short story titled, Sisters. It is about two women who come from disparate backgrounds who, under certain circumstances, come to care for one another and there comes a time when they miss being around one another. One woman is a poor, migrant labourer named Jamini, while the other is a privileged, well-to-do woman named Jaan. From their names and other characters in the story, the reader comes to know that Jamini might be Hindu while Jaan might be Muslim. The communities Jaan and Jamini belong to, their identities, are never expressly shown in the story--it is something the reader understands while reading this story. I am not sure if I would have read a normal, as-it-is description of a Muslim woman in a story written by a non-Muslim author. In fact, I wonder if Jaan would have been a Muslim character had this story been written by a non-Muslim author. The point of the story was to show the togetherness shared by these two women from totally different backgrounds, so both these women could have been Hindu. But in Hasan's narration, a Muslim woman finds space in an ordinary, everyday way, the way a Hindu character could have perhaps found space in a story written by a Hindu author. These fine points in the way an author writes a story and its characters, especially regarding the characters' identities, really affect the storytelling.

I have heard you say that you do not want to be a representative writer. But isn’t there a quandary in there somewhere? Identity is a double-edged sword. On the one hand, it typecasts and limits you and on the other, how else do you give your community a voice?

The matters of identity and representation are certainly double-edged swords, but there should not be a quandary here. One does not need to be typecast in order to write about a certain community or background. And why should the onus of giving a community a voice be piled upon the shoulders of an author or an artist? Did that author or that artist choose to carry the burden of that responsibility? If yes, well and good. If no, then what right do we have to pile our expectations on that author or that artist? If giving a voice to a community is concerned, then why not all the members of that community -- every person, non-artists, artists, everyone -- bear that onus? How many fatwas have been issued against a non-writer or a non-artist member of a community for apparently tarnishing the image of that community or not representing that community in a proper way? If a deed of corruption committed by a non-artist or a non-writer member of a community does not tarnish the image of that community, why is a book, a story, a song or a painting accused of doing that?

Writing cannot be done with a closed mind, a work of art cannot be produced sitting inside a predefined box, with the thought that since one is representing a community one should present only the best aspects or present one's writing with palatable words. Typecasting, piling the responsibility of giving a voice, and hailing someone as a representative author only end up tying down that author into producing only certain kinds of works. This is not writing. This is creating propaganda, this is singing praises, this is whitewashing. Writing needs to be free. Any form of creativity needs to be free. Writing needs wings. An author needs an absolute, unconditional freedom to experiment, to think out of that box that others might be trying to put them into, to speak one's mind. An author needs to first speak for oneself because writing is one painful process already, let us not hang any more weights on this process of writing.

What do you enjoy most about your chosen craft? How would you describe your creative process?

Is there really anything to like about writing? Because I see writing as - I will borrow a word about writing I read somewhere - bleeding oneself. Writing is not exactly an enjoyable process. At times, I struggle for words, I struggle for a particular style. I write 800 words after a lot of thinking and procrastination, and then I read those 800 words after 24 hours and I am not satisfied by them and I delete every single word and begin afresh. So this really feels like I have cut myself and am squeezing the part where I have cut myself and am bleeding. So there is this struggle. But more than this struggle, there is also this decision I have to make all the time: whether I should write a particular story or not, whether I should write a particular essay or not. Writing, at least for me, is basically painful. Yes, my stance changes when I write for children. There is a sweet satisfaction I have when I finish writing a chapter for a book I am writing for children. But, on the whole, writing is painful at all stages: while I am thinking about writing, while I am writing, while I am sending my writing out into the world, while my writing is being read.

Hansda Souwvendra Shekhar has seen both sides to sending his stories out into the world.

In 2015, the 35-year-old doctor from Ghatshila, Jharkhand, won the Yuva Puraskar for his richly told debut novel The Mysterious Ailment of Rupi Baskey, based in a Santhal village. In 2017, the nature of the attention flipped as he became the target of bigoted fury. The Jharkhand government banned his second book, The Adivasi Will Not Dance: Stories, for its portrayal of Santhali women and culture. He was also suspended from his government job as a medical officer.

After public backlash, the ban was lifted and he was eventually reinstated into his job. Shekhar is now ready with his third novel My Father’s Garden. The Telegraph talked to him about writing under scrutiny and the issue of identity, among other things. Excerpts from the interview:

Your first book The Mysterious Ailment of Rupi Baskey had fleshed-out women characters. And yet, the government that banned your second The Adivasi Will not Dance accused you of portraying Santhal women in a negative light. How do you feel about that?

I have stopped feeling about many things. One big lesson that I have learnt is that, at one point, you just need to stop feeling about certain things and just focus on what you wish to and need to do.

Do you feel alienated when reading other Indian or Western authors?

Yes, sometimes I do. And no, I would not elaborate on this.

How are you feeling about My Father’s Garden? How do you place it in the context of the rest of your work?

I am nervous about My Father's Garden. My other works have mostly been written in the third person, while this entire book has been written in the first person, so the narrative might feel a bit personal. I am not sure how the readers would respond to it. So I am actually very nervous.

Toni Morrison said, “If there is a book that you want to read, but it hasn't been written yet, you must be the one to write it.” How would you respond to that?