Stories with needle and skin

For a generation that has grown up amidst great financial, racial and political upheaval, tattoos can be both decorative and a means for advocacy 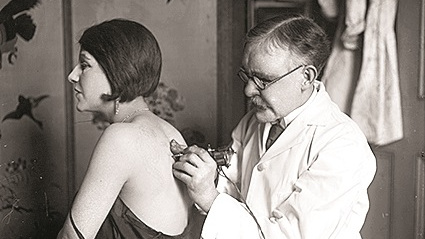 When Samuel O’Reilly opened his tattoo shop in 1875 in Bowery, New York City, there were only a few like him. Like many, he stumbled upon the world of tattooing after a stint in the criminal justice system. But the accomplished mechanic and technician had much more to offer. At a time when tattooing was mostly done by hand, he reasoned that if needles could be moved up and down automatically by a hand-held machine, the artist would be able to draw much faster. Thus, after some tinkering, in December 1891, he patented a modified version of Thomas Edison’s Autographic Printing Pen, rebranding it as a tattoo machine. Tattooing was revolutionized overnight.

At the time of the invention, body art was largely associated with those living on the fringes of society: circus and dime-show performers, criminals or the indigenous people. Although tattoos date back to antiquity, they have a fraught history. The animosity arising out of the perception of body modification as a mark of guilt or punishment has seeped into literature too. In Alexandre Dumas’s The Three Musketeers, it is the fleur de lis branded onto the shoulder of the perfidious Milady de Winter that establishes her guilt. Such was the societal anxiety surrounding tattoos that in his short story, “In the Penal Colony”, Franz Kafka wrote about a horrific torture device that would engrave a sentence into a condemned prisoner’s body for twelve hours, leading to blood loss and, eventually, death.

Yet literature was quick to recognize the narrative power of inked bodies. Ray Bradbury employed the tattoo as a literary device in his 1951 collection of short stories, The Illustrated Man. Henri Charrière’s Papillon, The Electric Michelangelo by Sarah Hall and Alan Duff’s Once Were Warriors used tattoos not only to ruminate on the idea of freedom, but also to foreground the way in which exclusionary colonial attitudes have criminalized indigenous practices like those of the Maori and Native Americans.

A lot has changed since industry pioneers such as Charlie Wagner, Sailor Jerry and Phil Andros worked in nondescript corner shops. As Covid-19 restrictions were slowly lifted, tattoo parlours witnessed a massive surge in bookings. Psychologists opine that the pandemic, while pushing people towards crises, has helped consolidate a sense of fortitude and a commitment to values. In many ways, tattoos not just help express identity, but also mirror prevailing realities. Lena Dunham, who wrote about her struggles with her body in Not That Kind of Girl, found that illustrations of her favourite childhood literary characters, Eloise and Ferdinand, the Bull, on herself helped her gain “a sense of control and ownership”.

For a generation that has grown up amidst great financial, racial and political upheaval, tattoos can be both decorative and a means for advocacy. Perhaps, as John Irving writes, they are “road maps of where [the] body’s been”.