The chains that bind

'Before She Sleeps' by the Pakistani writer, Bina Shah, is a gripping feminist, postapocalyptic, dystopian novel about an underground community of renegade women 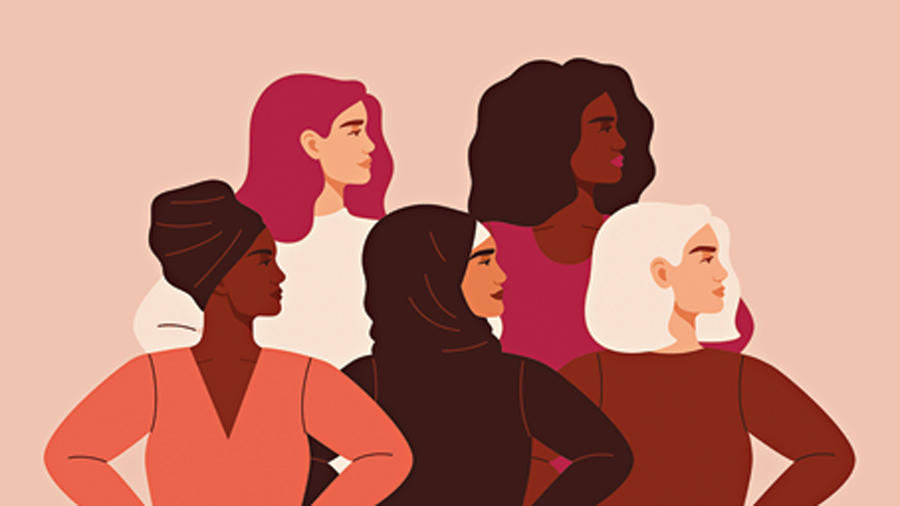 One hundred years from now, in the futuristic Green City, the capital of South West Asia, women have become a scarce ‘commodity’ owing to the deadly ravages of a mutated strain of the human papillomavirus that has claimed more than half of the female population. In a draconian bid to restore the gender asymmetry and salvage the city from the long-term reproductive after-effects of a nuclear war, the Perpetuation Bureau compels the few remaining women to fulfill their civic obligation as ‘mothers of the new nation’ by biometrically monitoring their menstrual cycles and ovulation patterns, subjecting their bodies to clinical experiments and injecting them with fertility-enhancing drugs to prepare them for bearing children in quick succession to the multiple government-assigned men they are married off to. Any transgression from the stipulated norm is deemed treason against the State, and dissenters are punished with immediate execution. Yet, not all women agree to accept the honour of becoming ‘Wives’ and bear the slavish burden of being the ‘entire nation’s incubator’.

Before She Sleeps by the Pakistani writer, Bina Shah, is a gripping feminist, postapocalyptic, dystopian novel (it seems to provide a rethink of George Orwell’s 1984 and Margaret Atwood’s The Handmaid’s Tale in an Asian context) about an underground community of renegade women who survive in a secret sanctuary built inside an abandoned nuclear bunker that is aptly named the “Panah” (from the Persian word for refuge). These rebellious souls defy patriarchal control, daring to choose to exist outside the repressive system, finding strength and unity in their mutual camaraderie. Yet, their autonomy, survival and continued secrecy are, paradoxically, contingent upon the services they provide to the powerful men who run the Agency, the highest governing body in Green City. Every night, these women emerge from the safety of the Panah to share a few hours of non-sexual but intimate companionship with their select group of high-profile clients, partaking in a kind of platonic tenderness that has long ceased to exist in the dispassionate, emotionally exhausted, mechanical marriages made solely for the sake of procreation. These women share a smoke, a drink, or an occasional meal with their male patrons, lending a patient ear to their problems, affording them the comforting satisfaction and the rare luxury of sharing a chaste bed with someone they can connect with emotionally. As long as the protocols governing this arrangement are mutually respected, there is no threat to the Panah. However, a chance indiscretion on either side or a momentary lapse into the forbidden can put the survival of these women at stake. The latter half of the novel develops by seizing upon the ultimate fragility of this compromise.

Before She Sleeps by Bina Shah, Macmillan, Rs 599
Amazon

Shah provides momentum to the narrative through the rotating viewpoints of the women living within the Panah. Their individual backstories and separate life trajectories intersect at crucial moments to underscore the pain and the misery that are common to the lot of women living in Green City, past and present. The primary focus is placed on four characters — the feisty Ilona Serfati, who laid the foundation of Panah many years ago with her best friend, Fairuza Dastani; the former’s niece, Lin, the self-assured, dynamic present leader of the underground commune, who harbours a dark secret; Sabine, the chronic insomniac carrying the guilt of being the unintended cause of her mother’s death; and the beautiful and defiant Rupa, battling the emotional scars of sexual abuse at the hands of one of her many ‘fathers’. Shah uses their differing perspectives to complicate the reader’s understanding of life within the Panah that is anything but idealistic, suggesting that the freedom from patriarchal restrictions sought by these women is ultimately illusory and, ironically, subject to the protection of those same men who frame laws to enslave the female reproductive body. These women, just like their less fortunate counterparts in Green City, are equally captive, objects of male desire, sexually vulnerable and without much agency to exercise a choice once they have joined the Panah.

While the ultimate fate that lies in store for the secret community underscores Shah’s refusal to view the fugitive’s life through rose-tinted glasses, the rather implausible and somewhat unsatisfactory romantic closure given to Sabine’s storyline is a disappointing ending to an otherwise aesthetically well-crafted and tautly written novel. Likewise, although Shah uses the trope of female subcultural solidarity and community as a means of critiquing and rejecting mainstream phallocentric culture, the novel remains curiously silent on the prospects of female same-sex romantic love and sexual desire. Nonetheless, homoerotic tensions remain palpable not just in the emotional partnership between Ilona and Fairuza but also — more conspicuously — in the reciprocal trust and closeness shared by Lin and Sabine. Engaging with such subtexts would have added a further layer of meaning to the narrative.