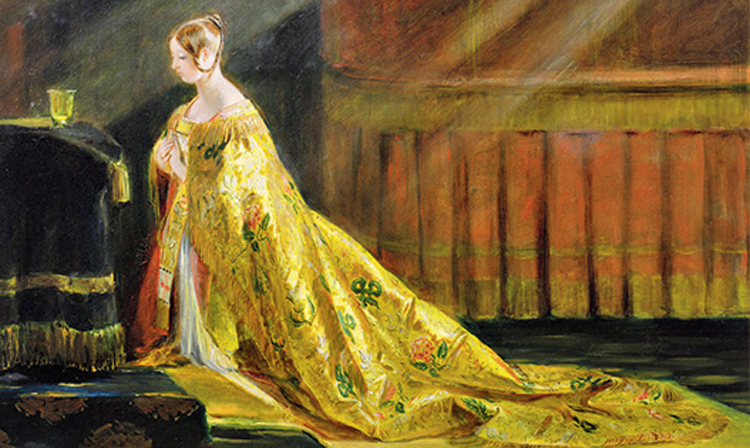 Several historians have argued that Queen Victoria was a monarch solely in name. Miles Taylor, however, studies the validity of this claim from another perspective: that of Victoria’s rather personal relationship with India. The English Maharani — a book that achieves the elusive balance between the scholarly and the engaging — is essential reading for anyone looking for a clear, critical view of how the queen, as distinct from her government, managed to administer and even gain the favour of a people plagued by the atrocities of the Empire.

In 1858, when the queen made her proclamation — the whole tenor of which was benevolent and righteous, all in a bid to maintain peace after the 1857 rebellion — both the British and Indian sides rapturously hailed it as India’s own ‘Magna Carta’. While administrators in actual control ensured that Indians did not really get to enjoy the religious freedom and territorial integrity promised by the proclamation, it still held out hope for a fresh start — both for bureaucrats of the raj and Indian nationalists. In the process, the queen also acquired a new identity — she became the maharani.

Early on, Victoria, in her evangelical and imperial fervour, was a true Victorian, as eager to convert as to rule India. Yet, her sharp judgment made her sceptical of missionary excesses. She soon began to espouse views so liberal that the men who actually ran the show were appalled. While Taylor emphasizes the fact that Victoria’s benevolence stemmed from her “belonging to the winning side”, her statecraft was oddly genuine. In fact, she disapproved of the first draft of the proclamation enough to say that the text “must be almost entirely remodelled”.

That did not happen, but she did have her way in certain provisions, and soon the words of the document were regularly used to hold the government more accountable. She also demanded to see all dispatches to India, and insisted on being consulted on cabinet appointments. Unsurprisingly, viceroys and other officials of the raj found her refusal to be a mere nominal head tiresome.

Taylor’s triumph lies in the narrative he presents of the queen’s motivations: a narrative that is at once evocative and critical. He reveals that by the time Victoria ascended the throne, there were more than 40 treaties formalizing Britain-India relations, not one of which mentioned the British monarch. But India offered Victoria a personal and political relevance that she was constitutionally refused in Britain. This may have led to her becoming more sympathetic and less instinctively prejudiced against India and its people.

Thus Victoria meant different things to different groups. She was the front the British thought they could use to manage Indian nationalism. To Indians, she was the ruler who promised reform and equality. But what of Victoria herself? To her, the land she never set foot in gave her both a dominion and a renewed identity as a monarch. This, for better or for worse, enabled her to leave a mark on the events that shaped modern India.