I want the readers to be confused as to what’s real and what’s not real, says Novoneel 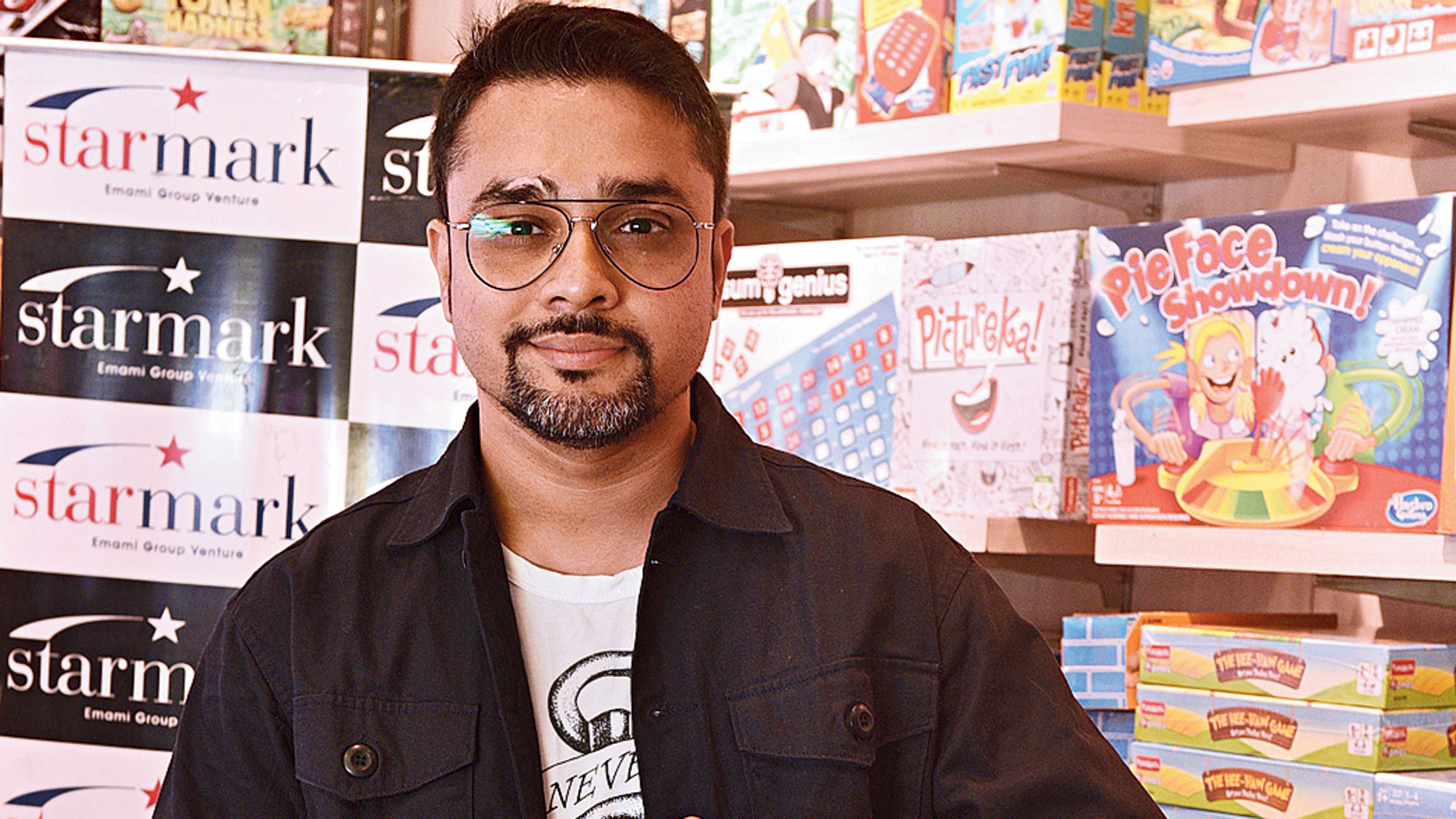 Novoneel Chakraborty’s latest novel Half Torn Hearts (Penguin) — a self-confessed semi-autobiographical book — is a coming-of-age tale of three individuals coming to terms with their first loss. t2 caught up with Novoneel for a chat, during his book launch at Starmark in Calcutta's Mani Square mall.

What is Half Torn Hearts about?

Half Torn Hearts is a very special book, it’s my 14th book and it’s not a thriller. It’s a relationship story and it’s pretty much autobiographical, which is why it becomes very special. It’s about these three characters — one Bengali, one Marwari and one Assamese. It’s kind of an intra-community thing and I had fun writing it. But it took five years for me to complete it. It’s basically a coming-of-age story about three people and how the relationship changes over decades because it tracks the relationship of three people in a love triangle over 10 years... in a nutshell.

How is this book different from your previous works?

It’s autobiographical, so that clearly sets it apart. It’s not a thriller like the other books. Also it’s deeper than my other books because it deals with hardcore relationships. And for the first time, I’m bringing Hindi poetry to my readers; it has eight Hindi poems of mine. I have debuted as a poet.

What triggered you to write a book about yourself?

The entire book is basically dedicated to three women in my life, who have come at various stages of my life and have altered my life. I wanted to make an ode to them in some way and a writer can only write and make an ode to the women in his life. So it’s all because of these three women whatever I am and how I write, it’s all because of the experiences that they have lead me into. That was the genesis, really.

How much of reality is generally hidden in your other books?

I pick up things from reality and I fine-tune it my way because my personality as an author has to play a role. Reality has a part to play but it is not 100 per cent real; I love to play with that. I want the readers to be confused as to what’s real and what’s not real because if they get to know what is real then they won’t be sold on the unreal part.

It’s utter chaos! I don’t make notes unless and until something is very clear in my mind, so it takes a lot of subconscious note-making and only when I am sure about where I am heading, I sit in front of the laptop. Otherwise, I am with pen and paper most of the time — making character notes, plot notes, scenes. It’s only when I am ready that I hit the laptop.

Who is the target audience for your books?

I think since I write thrillers, and I’ve been getting mails from across age groups; I’d say my target audience is 15 to 35. But I have also signed books for 67-year-olds who said they’ve loved my work. Most of my protagonists are women, so it’s a problem, because a 15-year-old girl and a 35-year-old woman are different.

How difficult is it to write in a female voice, being a man?

I don’t think it’s very challenging because deep inside I am not opinionated about women. That’s one thing one needs to maintain or else it’ll show in the work. It comes naturally to me. I don’t know how it happened but from the first book onwards I was writing about female protagonists. Maybe the women who have influenced me... I have understood or interpreted them in a way that has made me a little easier to get into them.

Your books are mostly in the romantic-thriller genre. How do you exactly define this genre?

I write thrillers and I say romantic to sell them (laughs). They’re thrillers but they’re (also) romantic-thrillers so that people pick it up, because only romance sells in India.

Romance sells in the numbers it sells because thrillers form a very intelligent genre. Romance is a more emotional genre. Here, the moment you say thrillers people think, ‘Oh, I’ve to put my brains into it’. But the romance part is also there in the book.

Would you call yourself an author by accident?

I would say I was destined to be a writer. I never wrote as a kid; I wanted to be a sportsperson, I wanted to be a neurosurgeon… I went through all those things and couldn’t crack anything in between (laughs). I was in third-year of college and I ended up writing 30-odd stories in two months. I realised that I had tasted blood; this is what I wanted to do. I dropped out of college, told my dad I want to be a writer and I just carried it form there. I was studying BBA.

How do you deal with writer’s block?

I told you about those three women, right? I go to them. It’s like a temple for me, I go up to them and I never come back empty-handed, I always come back with something.

How do you deal with deadlines from publishers?

I write for web series, short films and television, so deadlines are something I’ve learnt from there to adhere to, more than publishing.

How different is your writing process when you’re writing a web series or a TV show as opposed to a novel?

It’s different because a novel is a very lone process whereas a script is a team game. You have to narrate it to the producers, everyone has an opinion. Novel is me writing it the way I want to; take it or leave it and that’s more enjoyable. It’s different but I enjoy both.

Do you ever compromise on your creativity as a storyteller while looking at the commercial viability of a novel?

This is my creative outlet, this book (points to a copy of Half Torn Hearts). I have written 14 books, so I know where to add the masala and where not to, without destroying the sanctity of the story. It’s not that I do it to sell but within the sanctity of that world, I know this is up to me.

You’re a Bengali from Assam but you’ve gone to college in Calcutta. What do you like about the city?

I have grown up here and Calcutta is a major part of this book also. I have studied at Bhavan’s in Class VII and VIII and then I went off to Lucknow. I like that people here have opinions about everything, which is amazing.

Who are your favourite authors in India and abroad?

I don’t have a favourite but I have people who have influenced me. They would be Buddhadeva Bose, Ayn Rand and Albert Camus.

And your favourite books?

Ayn Rand’s The Fountainhead is something that I’ve lived by in my college years! Buddhadeva Bose’s Raat Bhor Brishti and Atonement by Ian McEwan are my favourites.

One book that has changed your life?

The Alchemist by Paulo Coelho, because I read it at the right time in my life. There are some books which may not mean anything to you later but at that point in time, when you read it, you draw inspiration from them.

Do you have any funny fan anecdote?

I have scary fan anecdotes! I ended up writing a book on a fan. I have got stalked and it’s scary… some of which I can’t even tell you right now.

What does love mean to you?

Who are these three women you keep referring to?

(Laughs) I have dedicated the book to them — I call them the mountain, the ocean and the desert. That’s all I can give to anybody right now. They are my soulmates and no, none of them are either my mother or my sister.

Your Forever series is popular… any plans of writing another book in that series?

Not really, but film talks are on. The story is complete, so there is no window for a sequel in the series.

Do you generally get film adaptation offers for your books?

Four of my books are being adapted into web series, so I have written all the screen stories. The first part of The Stranger trilogy (Marry Me, Stranger) is ready, we are just deciding on the platform. ALTBalaji is doing Black Suits You and the shoot is complete and the shoot of Red Suits You is on. They will hopefully all come out sometime this year, touchwood!