Justice for the Jallianwala Bagh massacre 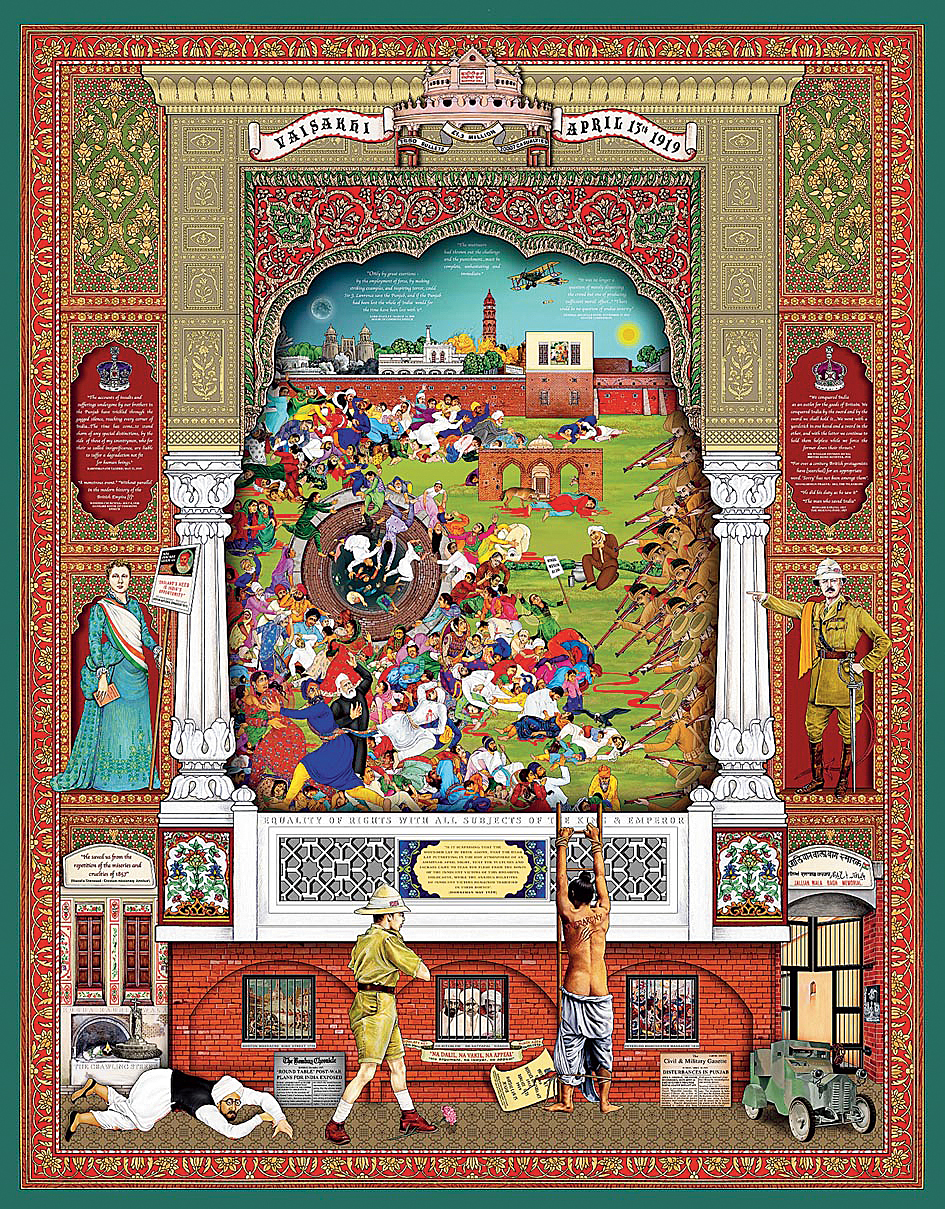 The book, The Case that Shook the Empire, has a different narrative. It does examine the Punjab massacre, but it is essentially concerned with some legal implications of the Jallianwala Bagh massacre and their repercussions on the life of the judge, Sir Chettur Sankaran Nair (1857-1934), an outspoken Indian jurist and statesman of his times. The authors argue that the tragic Punjab narrative is carried over to the King’s Bench in England, where it has another storyline. Much credit is given to the judge, Nair. In their assessment, Nair fought a legal battle almost single-handedly out of his deep reverence for colonial rule, enshrined in its rule of law and independence of the judiciary. In London, he was looking forward to justice but suffered a defeat.

In different chapters of the volume, Nair’s wide-ranging engagements with colonial politics are elaborated. Like other early Congress moderate leaders of his generation, he presided over one of its annual sessions, in 1897, and demanded a larger representation of educated Indians in the administration of the country so that they could contribute to the development of a responsible government within the framework of the British-Indian Empire.

The emergence of mass-based non-violent Gandhian politics following the end of World War I disrupted his political calculations. In one of his published works in 1922, he bitterly denounced Gandhi for unleashing the message of anarchy on the Indian political scenario. It is difficult to agree with the uncritical assessment of Gandhi in the Indian national movement. It would be equally unhistorical to shower all credit upon him for transmitting the message of British cruelty during the Jallianwala Bagh massacre to the highest court of law of the British Empire in London.

But Nair came forward on his own to fight charges of libel levelled against him by Michael O’Dwyer, the lieutenant governor of Punjab. The King’s Bench, however, not only exonerated the latter of all the charges of tyranny and oppression but also ordered Nair to pay a heavy fine. This did not change Nair’s perception of British rule. He continued his cordial relationship with the colonial administration even after the Jallianwala Bagh massacre, although the same tragedy had turned many Indians bitter and prompted Rabindranath Tagore to return his knighthood as a mark of his protest.

It can be debated whether the authors’ eager explanation of Nair’s joining the Indian Council as one of its nominated members in London as an attempt to wreck the British administration in India from within is the correct representation. As biographers, they have rightly appreciated the personal honesty, openness and integrity of Nair, but they seem reluctant to bracket him as a British loyalist. This would be evident not only from the lofty title of the present book but also from a comparative study of it with K.P.S. Menon’s biography of Nair published around four decades ago in the Builders of Modern India series. Finally, a few typos in the text (21 and 27) and the Bibliography (178) should have been rectified before sending the book to the press.

The Case that Shook the Empire: One Man’s Fight for the Truth about the Jallianwala Bagh Massacre by Raghu Palat and Pushpa Palat, Bloomsbury, Rs 499