Written in blood and stone

Gothic architecture, in all its magnificence, has enchanted the literary imagination for centuries 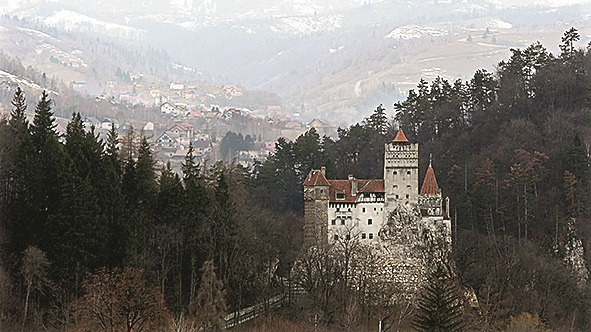 In 1764, when Horace Walpole wrote The Castle of Otranto, little did he know that his novel would birth a literary genre that, as the poet, Thomas Gray, observed, “makes some of us cry a little, [and] all in general afraid to go to bed o’ nights”. The terrifying story of Manfred the ruler of Otranto, and his quest to secure the castle for his descendants in the face of a terrible curse came to inspire a slew of writers, such as Clara Reeve, Ann Radcliffe and Mary Shelley, who set their own masterpieces in the backdrop of grand, but sinister, estates.

Large stained-glass windows; pointed arches and ribbed vaults; creaking, rusty staircases; gargoyles that double as water spouts — Gothic architecture, in all its magnificence, has enchanted the literary imagination for centuries. It has played an important role as a setting, a symbol, or even a character. Not only did it provide an insight into the social and cultural inheritance of the subject, but it also often formed the crux of the narrative itself. Take, for instance, Gaston Leroux’s The Phantom of the Opera, where a disfigured composer, living in the labyrinthine depths of the Paris Opera, kidnaps an ingénue, who he is madly in love with, in a fit of jealousy. He uses his vast knowledge of the architecture of Palais Garnier to wreak havoc on all those he deems to have wronged him. The Gothic castle as a sinister edifice makes its appearance in Bram Stoker’s Dracula too, where Jonathan Harker’s visit to a scenic Transylvania castle is marred by his imprisonment at the hands of his formidable host; so much so that all he can see are “doors, doors, doors everywhere, and all locked and bolted” with the only available exit being through the window.

While Stoker himself never acknowledged Dracula’s castle as anything but fictitious, dedicated fans insist that the Bran Castle, located just outside of Brasov in Romania, is the only structure that matches Stoker’s descriptions in the book and, thus, must have been the inspiration. Charlotte Brontë, too, is said to have visited two manor houses in England — the first owner of one of these, North Lees Hall, was reportedly considered a ‘lunatic’ and locked up in the attic — which provided the blueprints for Thornfield Hall in Jane Eyre. Umberto Eco chose a 10th-century monastery in Piedmont, Italy, Sacra di San Michele, as the setting for his mystery novel, The Name of the Rose, while Ken Follett was inspired by the Peterborough Cathedral.

From the Vatican in Dan Brown’s Angels & Demons, Washington Irving’s Tales of the Alhambra to Victor Hugo’s The Hunchback of Notre-Dame, authors have, time and again, chosen ‘heritage’ sites, in modern parlance, as the setting for their works. But the celebration and preservation of cultural heritage — International Day for Monuments and Sites is in April — can be a complex phenomenon in a post-colonial world. Thus, when Quasimodo’s home and Esmeralda’s sanctuary went up in flames and over a billion euros were immediately pledged to rebuild the cathedral, many questioned the eagerness to restore a Judeo-Christian symbol when Europe still fails to recognize its looting in the former colonies.

The resurgent reflection on Europe’s legacy of plunder in Asia and Africa to fund and maintain stately homes, museums and monuments has ensured that romantic notions around architectural heritage come to be tinged with a stain. Only an acknowledgement of monuments as products of slave labour and a public condemnation of the dark history of certain sites — North Lees Hall, for example — can pave the way for introducing a sensibility that has been absent in dialogues on heritage conservation.